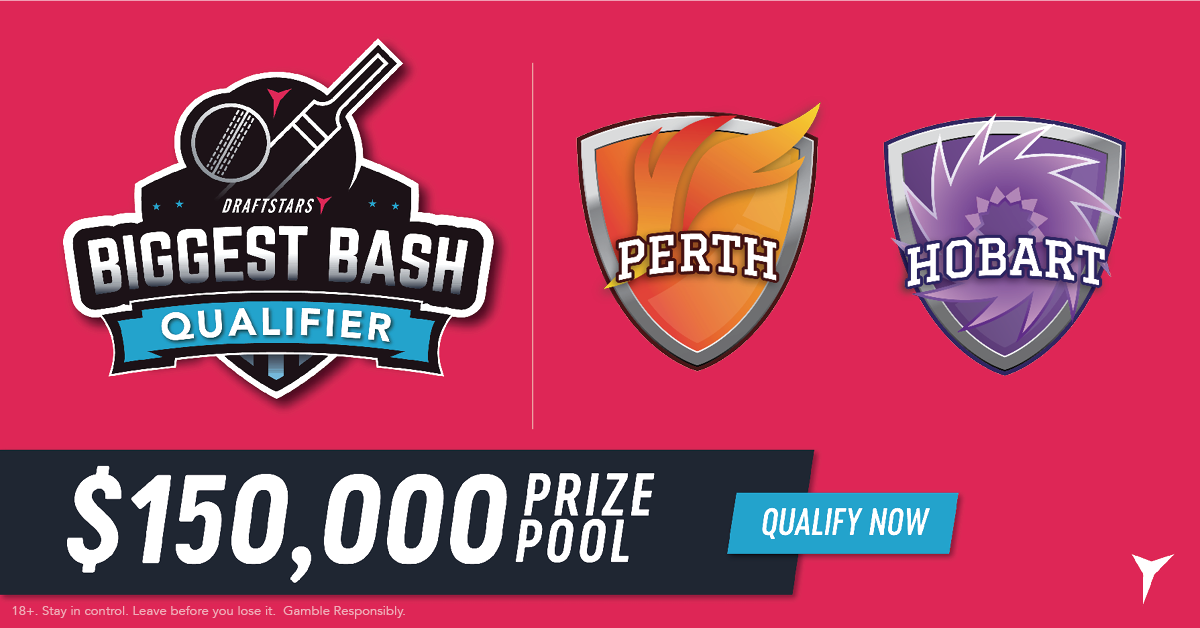 BBL08 action heads out west on Friday night with the top of the table Hobart Hurricanes taking on the Perth Scorchers at Optus Stadium in Perth. The Scorchers have won their past two matches to get to 3-5 and will look to ride their momentum on their home pitch. The Hurricanes bounced back from their first loss of the season to destroy the Stars on Monday night

The last time these two teams met was in Launceston earlier this season, when the Hurricanes ran through the Scorchers top order to restrict them to just 107 and chased it down rather comfortably.

While last season’s solitary game at Optus Stadium produced a run feast for the Hobart Hurricanes, the first couple of games there this season were anything but. In the first match the Scorchers knocked over the Strikers for just 88 runs on a wicket with a particularly green tinge and then passed their total three wickets down with two overs to spare. Last time the Scorchers struggled to 6/135 off their 20 against a Heat bowling attack not renowned for its quality, with the Heat getting the runs 5 down with 10 balls to spare.

However, in the last game the Sixers made 177 and the Scorchers got them three wickets down with 7 balls to spare, so maybe the pitch is starting to flatten out now and loading the quick bowlers may not have the same success as in the earlier matches.

Check out the interviews we have done with some of the other qualifiers so far this season:

New to Big Bash DFS? There are a wide range of contests across all the main sites so we have a rundown of the best contests to suit you.

If you need more information on some of these players you can check out our squad profiles of the Perth Scorchers and the Hobart Hurricanes before you get lineup building.

D’arcy Short ($25,300) continues to set the BBL alight and has scored about 40 runs more than any other player this season. The fact he can score fantasy points with the ball is a great back up plan – not that he has needed it too often. He is an obvious play even at this salary given the number of value options on offer, but if you are looking for a reason to fade him, the only game he missed out with the bat in was against the pace attack of the Renegades – something similar to what he will come up against here.

Cameron Bancroft ($18,000) was a bit slow to start in his return to cricket after suspension but he has well and truly made up for last time now. He followed his 59 off 42 balls against the Stars with a terrific unbeaten 87 off 61 balls here last match. The Hurricanes sorted him out in Launceston in his first game back but back on his home ground in this kind of form suggests we might see something far different this time.

Those looking for a cheap option with the bat may look towards Sam Whiteman ($8,000) at the minimum salary. Whiteman has shown brief flashes of talent in his BBL career but he was given the nod at number 3 last game and gave a solid account of himself with 22 off 17 balls. His low price gives you a ton of lineup flexibility and he is capable of a quick fire 20 or 30 with the bat which would return value at this salary.

Jofra Archer ($12,700) has been quite disappointing in recent matches after his stellar BBL07 season and a big start to this one. He picked up a couple of wickets against the Stars and one would expect this Perth pitch to be extremely suitable to his bouncy, pacy deliveries. The Scorchers had trouble getting him away in Launceston and his best showings have produced fantastic upside for this salary.

We identified Matthew Kelly ($10,500) in his first game back last time against the Sixers and he didn’t let people down at the minimum salary, taking two wickets. His price has gone up but is still at a very manageable level and his projection remains high given his propensity for sending batsmen back to the sheds. His economy rate remains a concern and he is a genuine risk of scoring a zero if he doesn’t take a wicket, but at a career BBL average of 1.67 wickets per game he is still worth some exposure at this price.

Nathan Coulter-Nile ($13,800) has had a couple of quiet games and his price has gone down as a result. Three games ago he starred here against the Heat, taking 3/25 off his 4 overs to notch a fantasy score of 96. Clearly a similar performance would return excellent value at this salary and while we haven’t seen it yet, there is likely to be one game where he gets onto a few with the bat and knocks up some decent runs in a hurry.