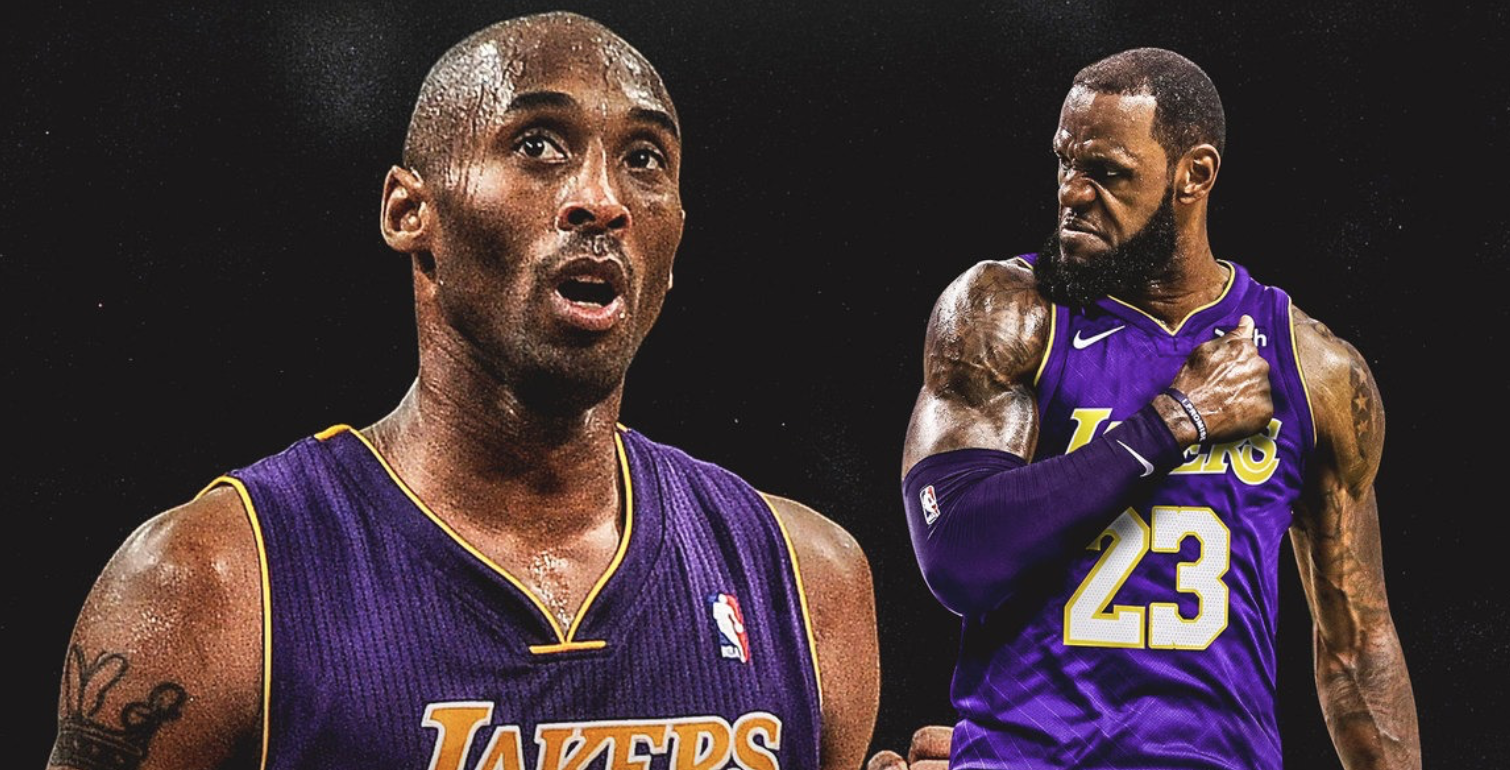 The weekend has come back around and it is time to strap in for two monster days of NBA daily fantasy. NBA Friday (Saturday AEST) brings us a 7 game slate to attack with all the usual major daily fantasy tournaments on offer across the platforms:

With 5 out of the 7 games already having totals released this means we can get a great feel for the slate already. As usual, however, I will break down any major injury news impacting the games below.

The top game is one of the juiciest daily fantasy games you will find this year with a massive 241 point total between Memphis and New Orleans. Boths sides are in a pace up matchup with Memphis playing at the 4th fastest pace in the league this season and the Pelicans 6th. They are also both bottom 10 for defensive efficiency and as a result top 10 for fantasy points conceded. This will be my top game for stacking and will be looking for plenty of exposure in all my lines.

The next highest total is also a great game to target for DFS between Portland and the LA Lakers. The total is set at 230.5 points and the Lakers are in a pace up matchup against Portland who play at the 11th fastest pace in the league. Portland are also 26th in the league in defensive efficiency while giving up the 6th most fantasy points this season. As a result I will be looking to target Laker plays on this slate.

Dallas are in the pace up spot of the entire slate as they face Houston who are playing at the second fastest pace in the league this year. The pace the Rockets have been playing at has resulted in conceding the 5th most fantasy points in the league this season. The total for this game is not up yet, however it is likely to be up there with the two games we discussed above.

The other sneaky game to target on this slate is Chicago at Brooklyn. This is especially attractive from the Bulls side as they are in a pace up matchup against the Nets, who play at the 10th fastest pace in the league.

Luka Doncic is out for the game against Houston with an ankle injury, while Tim Hardaway is questionable. In the four games Doncic has missed this season it has been Jalen Brunson who took over the starting point guard duties and posted a massive +21.9 fantasy points from an additional 15 minutes of playing time. 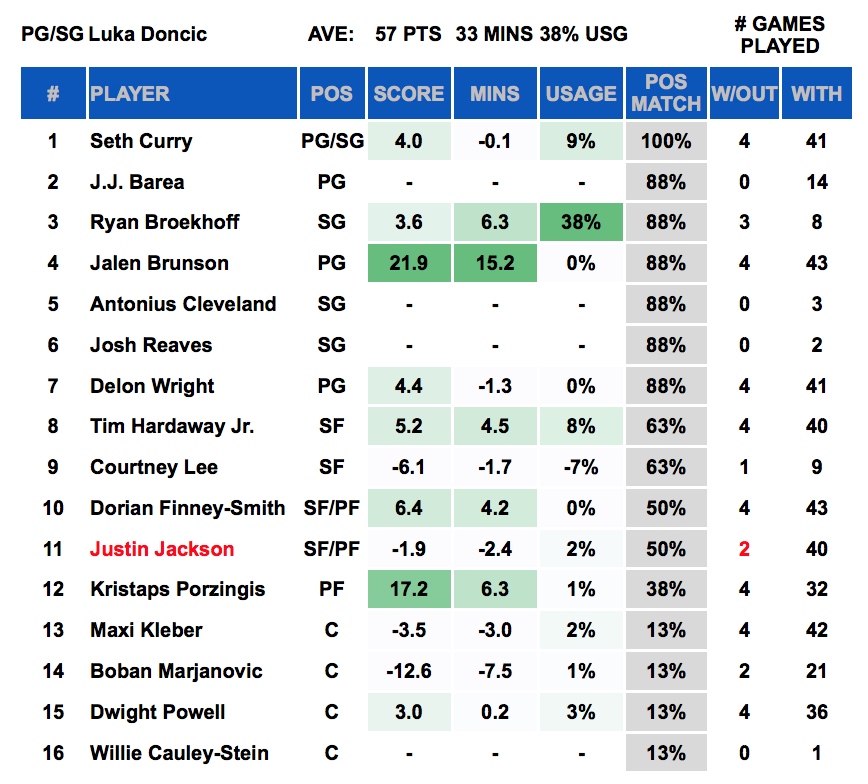 Anthony Davis is questionable for the game against Portland. In the games without Davis this season both centres have seen a significant boost in fantasy scoring, with Javale McGee posting +11 fantasy points per game and Dwight Howard +11.8. Kyle Kuzma will also likely move into the starting lineup and he has posted +12.8 fantasy points from an additional 8.8 minutes per game in these situations this year. 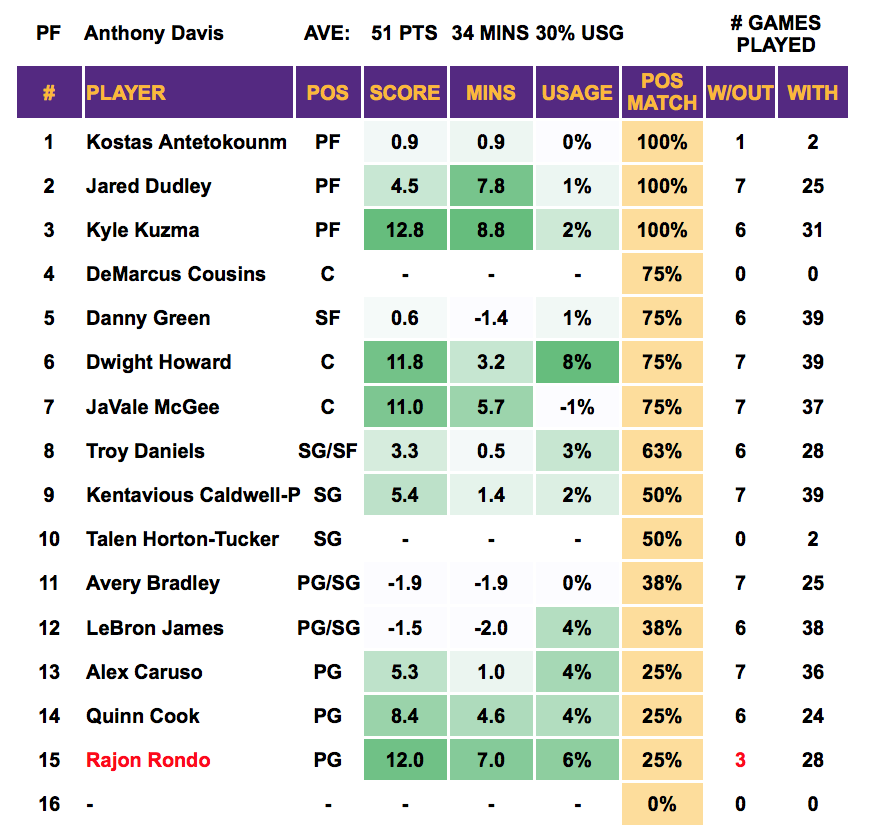 Giannis Antetokounmpo and Donte DiVincenzo are questionable for the game against Denver. In the games Giannis has missed this year, Ersan Ilyasova has taken over the starting power forward position and averaged a huge +21.8 fantasy points from an additional 8.8 minutes per game. Kris Middleton and Eric Bledsoe have also seen significant increases in production as a result of usage increases. 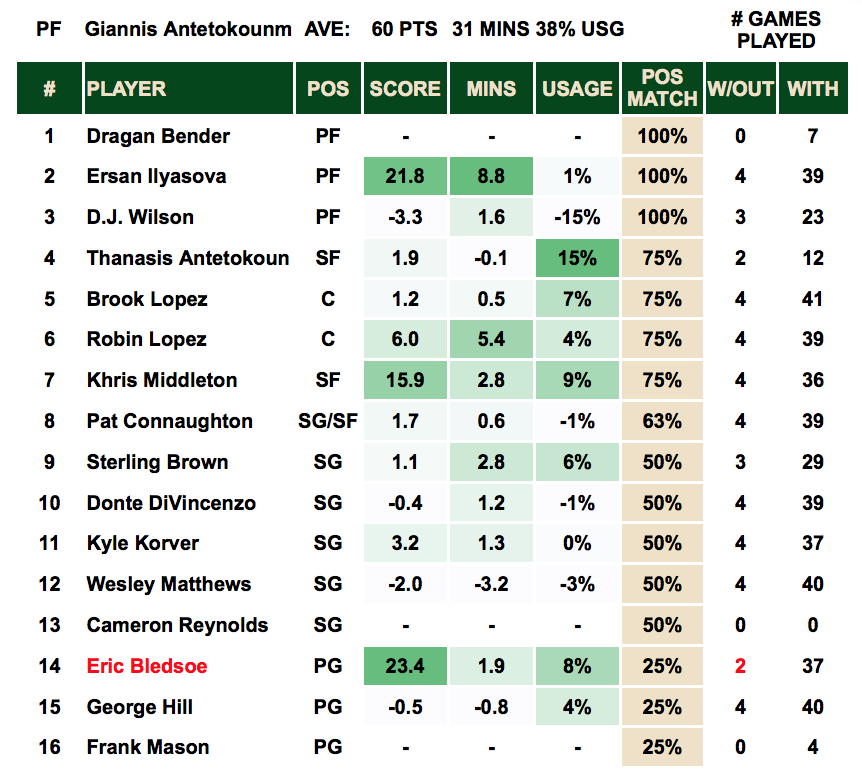 Tomas Satoransky (DS $8,930, DK $4,600, MB $5,500)... based on above I expect there to be a tonne of value on this slate. However, a sneaky option will be Satoransky who has been gone over 25 fantasy points in each of his slate three games, including a 41 point performance. On this slate he is in a pace up spot against Brooklyn and is one of the top matchups in the league at his position with the Nets giving up the 4th most fantasy points in the league this season.

Ja Morant (DS $12,050, DK $6,900, MB $7,600) is in the biggest game total on the slate as noted above, set at a monster 240 points. It should be a very fast paced contest, which will suit Morant’s game style and the Grizzlies implied total is over 4 points above the season average. It is also a great micro matchup for Morant as the Pelicans have conceded the 5th most fantasy points to point guards this season. In each of his last 4 games Morant has posting 35+ fantasy points and topped the 40 point mark 2 times.

Kristaps Porzingis (DS $12,670, DK $6,800, MB $7,700) is a lock and load play for me on this slate with Luka out. In games without Doncic this year Porzingis has averaged +17 fantasty points above his season average. In addition, the Mavericks have one of the top matchups in the league against Houston who have conceded the 5th most fantasy points to power forwards and centres over the past 10 games. 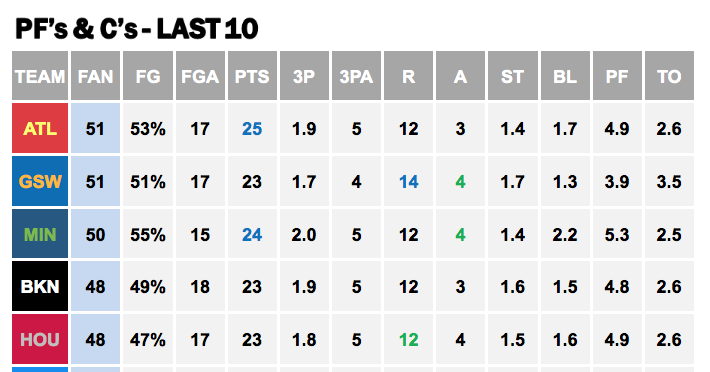 Lebron James (DS $19,880, DK $10,300, MB $10,900) will be locked into the majority of my teams on this slate for a combination of reasons. Firstly he has an elite matchup against the Blazers who have given up the most fantasy points in the league to point guards over the past 10 games (Lebron’s de facto position). Secondly, if Davis is out, Lebron will see an increase in usage (+4% in the 6 games without Davis this season). And finally, there is quite simply the impact of this being the first Lakers game post the tragic events earlier this week. Played at Staples Centre, it will be an extremely emotional affair and I cannot believe that Lebron will not do everything in his power to put on a dedicated performance to Kobe and the families impacted. 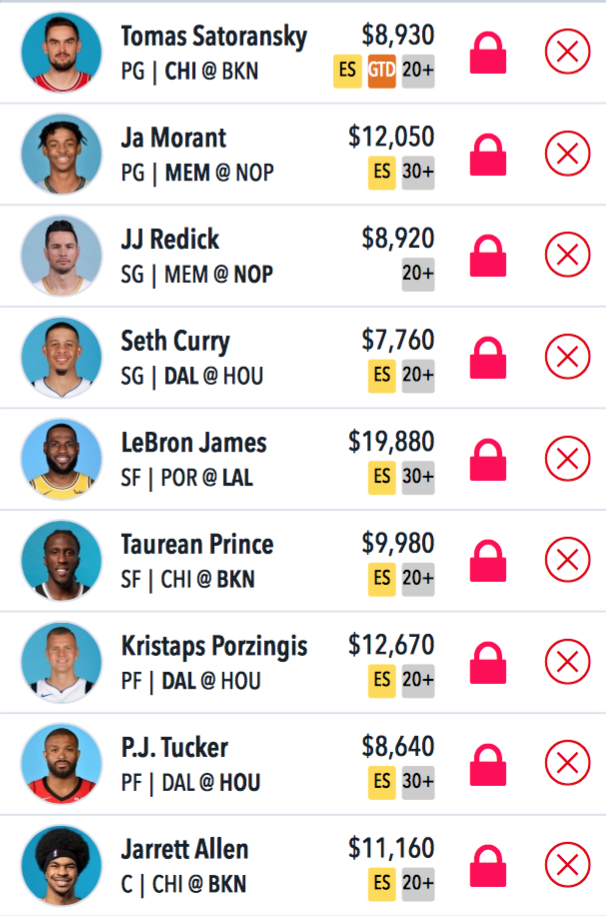