The first full week back since the break kicks off with a nice 8 game slate for NBA Monday (Tuesday AEST). The usual major daily fantasy tournaments on offer across the platforms:

That looks more like the NBA we know and love. Half the games yet to have totals set as we await injury news. As always, I’ll break down the impact of any injury news from a daily fantasy perspective below.

This slate has a rare 240+ total jumping off the books between the Milwaukee Bucks and Washington Wizards. This is a total bonanza match-up for the Bucks as the Wizards play at the 4th fastest pace in the league this season, are ranked dead last in defensive efficiency and have conceded the second most fantasy points. The only real question, as is typical of a Bucks game this year, is how long will it stay close? The Bucks are 12-point favourites on the road, and you can just never trust whether their main players will see the court for longer much longer than 23 minutes on any given night with the way they are going.

The second highest total is New York at Houston. This game is set at 229.5 points and once again offers a blowout risk with the Rockets 14-point favourites. The Knicks are probably the side I want exposure to in this game, however, with the Rockets playing at the second fastest pace in the league this season and conceding the 6th most fantasy points.

Dallas are one of my favourite targets on this slate as they draw the second biggest pace spot against the Minnesota Timberwolves. The Wolves have been a daily fantasy gold mine since the trade deadline. Over the past 7 games they have played at the 4th fastest pace, ranked 28th in defensive and efficiency and conceding the 6th most fantasy points. The only major concern, like the two games mentioned above, is the blowout potential.

Philadelphia are another team to look at on this slate as they draw the DFS ducks in a barrel in the Atlanta Hawks. The Hawks have given up the most fantasy points in the league this season and they play at the 6th fastest pace, which means the Sixers will be playing way up in pace. The best part, this game doesn’t have a 10+ point line!

Jaren Jackson Jr will be re-evaluated in two weeks. The instant reaction to this news is let’s unleash Brandon Clarke. During the last game where Jackson injured himself, Clarke came on and logged 30 minutes putting up 14 points, 10 rebounds and 4 assists. It is worth noting you can never trust an NBA coach, however, as in the single game he has played without Jackson Jr in the lineup this year he played less than his usual average in minutes. Keep a close eye on the news here for the expected starters for the Grizzlies. Josh Jackson is one to look out for. 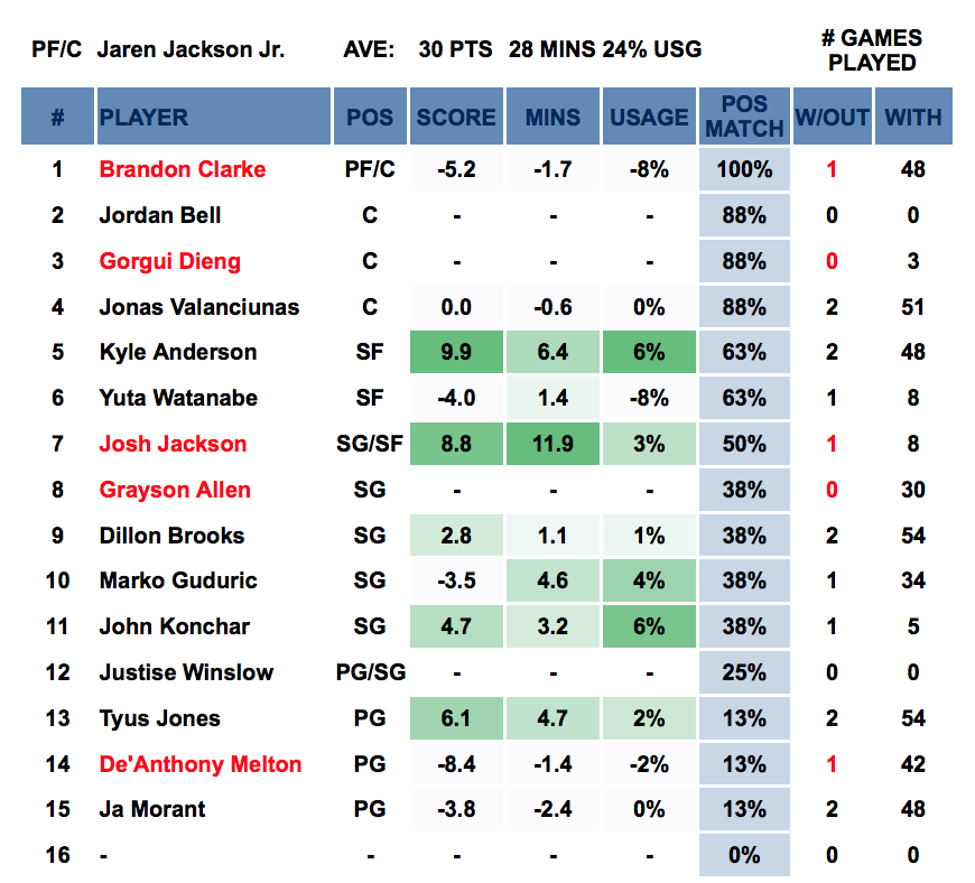 Jimmy Butler has been ruled out of the game against Cavaliers. Butler has handled a significant portion of ball handling this season for the Heat, and as such it is no surprise that Kendrick Nunn (+6 fantasy points, +2% usage) and Goran Dragic (+7 fantasy points, +3% usage) have been the biggest beneficiaries in games he has missed. 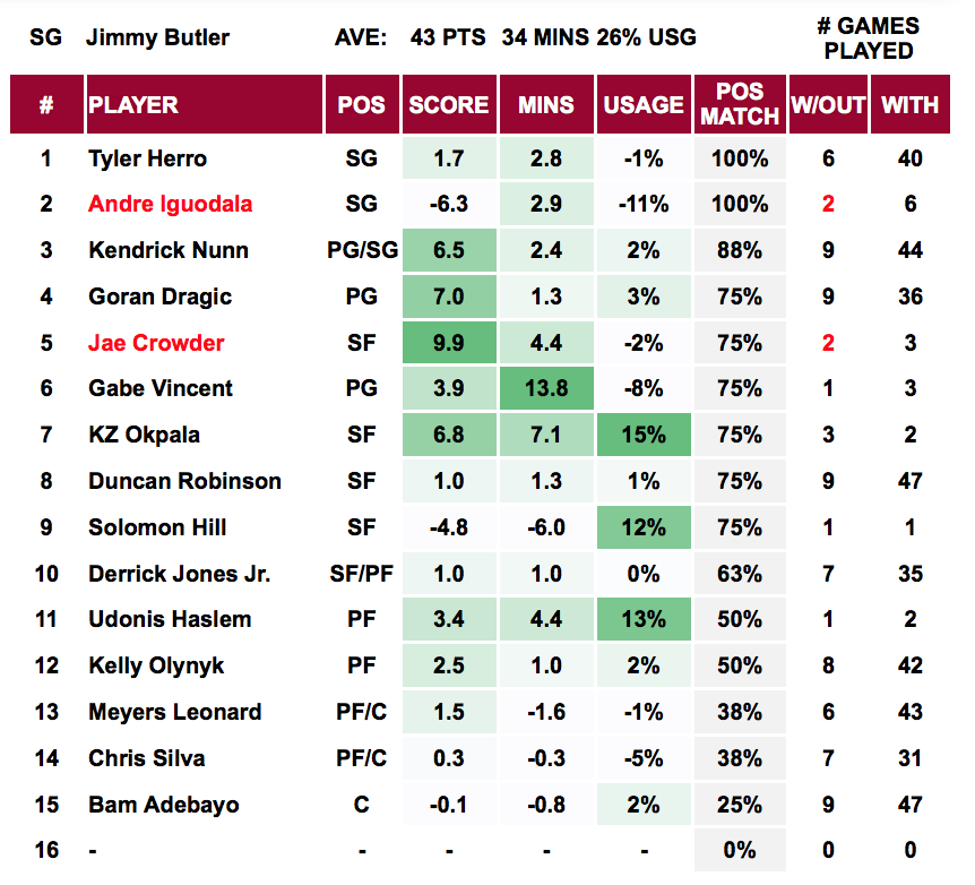 Ben Simmons is out and Tobais Harris is doubtful for the game against the Hawks. Both players are logging over 30 minutes with 20+% usage rates this season, which leaves a significant portion of workload to pick up. Raul Neto has played an additional 18 minutes per game in the 3 games Simmons has missed this season. Alec Burks also looks to be another wing player who will pick up additional playing time. 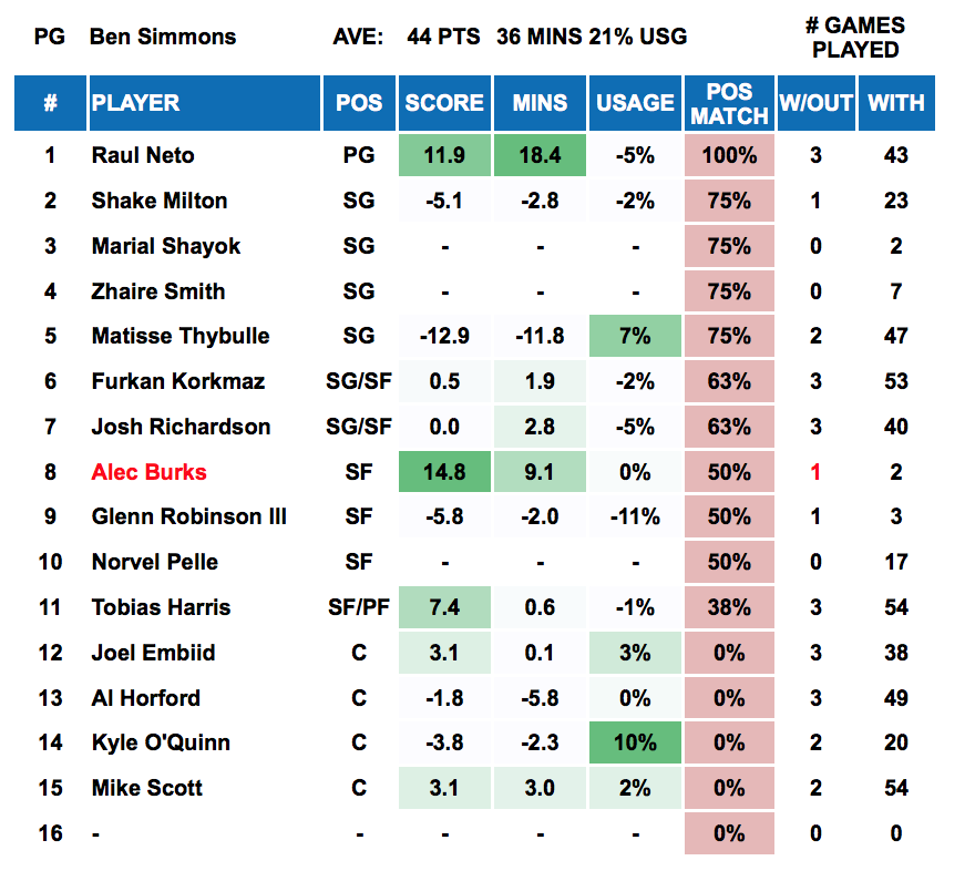 Juancho Hernangomez (DS $8,930, DK $5,200, MB $5,400) is still underpriced on Draftstars for his role on the Minnesota Timberwolves. He has played over 25 minutes in each of his last 6 games and failed to top 22 fantasy points on just one occasion.

Josh Richardson (DS $10,870, DK $4,800, MB $5,400) is criminally underpriced on DraftKings, particularly when you factor in the missing players at the Sixers. In the last three games Richardson has averaged 30+ minutes and returned two scores of 27+. He also draws an elite match-up on this slate, playing way up in pace against the Atlanta Hawks who have given up the 5th most fantasy points to shooting guards over their last 10 games. 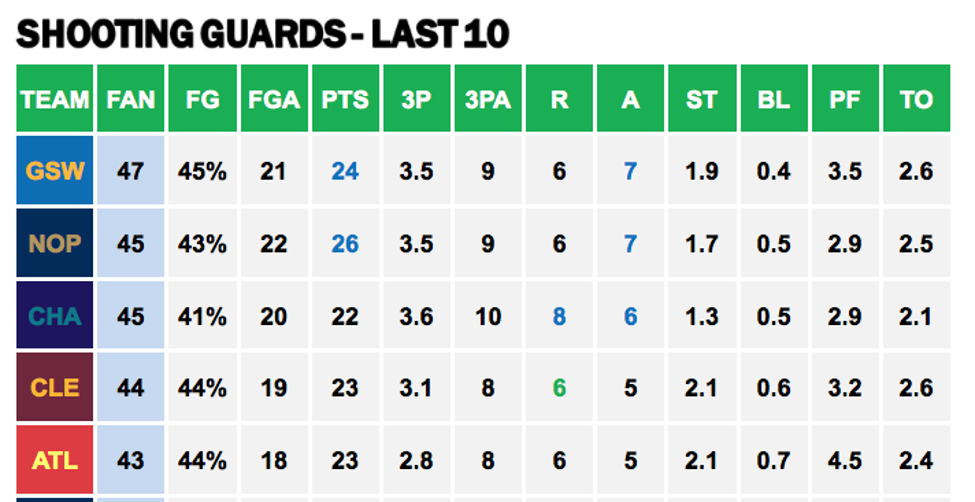 Markelle Fultz (DS $10,730, DK $6,100, MB $6,000) I love in tournaments on this slate. He is showing us GPP upside recently with a 49-fantasy point night two games ago. He draws an elite match-up against the Brooklyn Nets where the Magic are playing up and pace, and the Nets have conceded the 7th most fantasy points to point guards.

Joel Embiid (DS $20,030, DK $9,500, MB $10,000) is just about impossible to turn away from in these matchups. Especially with the Sixers being shorthanded, he should see his usage skyrocket all the way back up. The Hawks are giving up the most fantasy points in the league over the past 10 games, including hemorrhaging points and rebounds, which is Embiid’s specialty. We all know Embiid has 70+ upside if he is in the right spot, and this game certainly grades out as one. 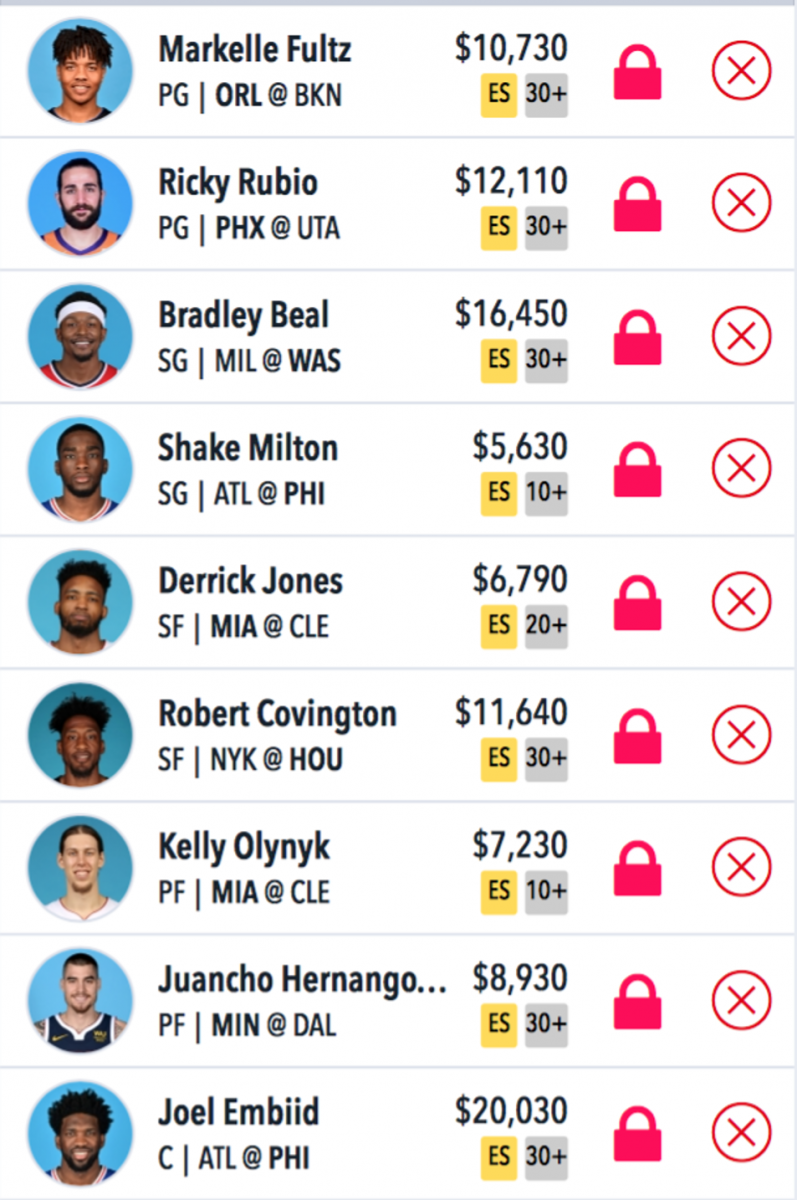