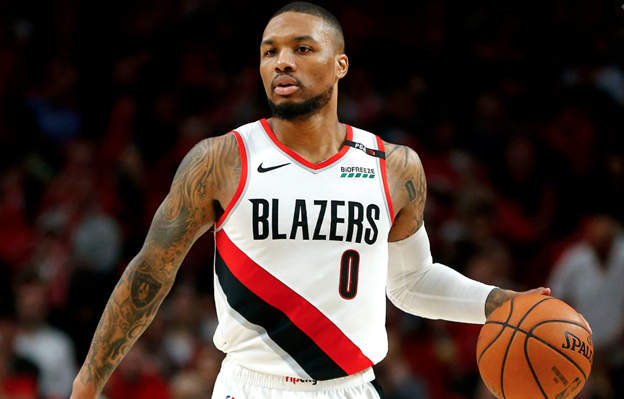 NBA Wednesday (Thursday AEST) is here and we have a perfectly sized 7 game (was 8 but now 7) slate for us to attack in daily fantasy. As always, the major daily fantasy platforms have any kind of tournament you could desire as well as some massive prize pools to go after:

The stand out game on this slate is Portland at Sacramento with a massive 235.5 point game total. This is 8 points higher than the next total on the slate, which will make it the clear game stack option. Both sides are top 10 in pace giving the game the highest project pace of the day and both sides are bottom seven in defensive efficiency this season (with Sacramento dead last and conceded the most fantasy points).

UPDATES: Ok there is quite few updates since we woke up here in Australia. First of all Phoenix vs Atlanta has been postponed due to contract tracing from the Wizards game. So the first thing you will need to do is remove all Suns and Hawks players from your lineups.

Second of all, James Harden got his wish and is off to Brooklyn in a mega trade involving a few teams. 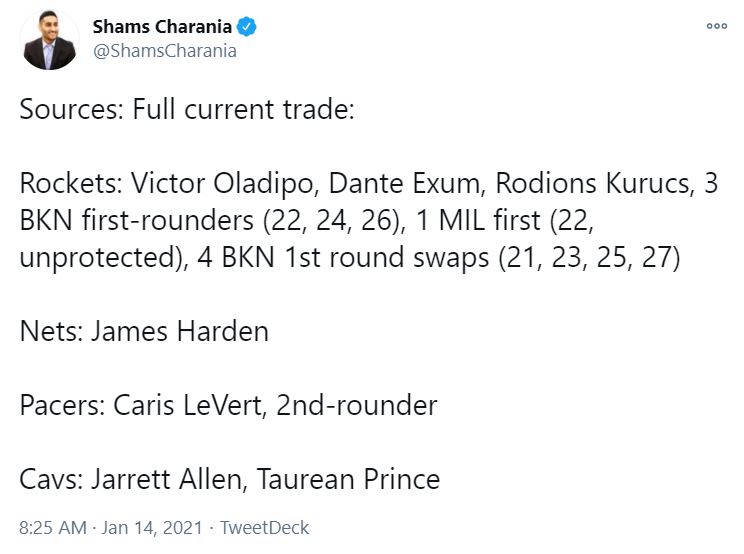 So that means the Nets are thin on the roster for today's game against the Knicks. Only 9 players are available to play including Kevin Durant on a B2B. The main guys on the roster getting big run now will be Joe Harris and Jeff Green. Min priced guys such as Bruce Brown, Landry Shamet and Timothe Luwawu-Cabarrot are going to smash value.

Players all mentioned above in Shams tweet are not playing today which are all ex-Nets players now. Kyrie Irving continues to be “MIA” as the Nets put his face onto a milk carton.

Clint Capella is listed as day to day and is questionable for the game against the Suns. John Collins will likely start at center if Capella is out, which is a role that makes him a much stronger fantasy option as his rebounding and involvement in pick and roll with Trae Young will go up.

No surprise that Anthony Davis is questionable for the ten millionth game in a row, this time with a toe injury. If he was to sit Kyle Kuzma would likely start and receive a significant usage increase. Marc Gasol also comes into play for value.

Lonzo Ball is out and Eric Bledsoe is questionable on this slate. Monitor the news to see who gets the start as if both players are out the Pelicans will need someone to start at point guard. Nickell Alexander-Walker would be a good chance to get the call up, while Josh Hart would see a significant minute’s boost.

Jusuf Nurkic is questionable for the game against the Kings. Enes Kanter would move into the starting lineup and become a lock and load play at his price given he is averaging a massive 1.32 fantasy points per minute this season. Robert Covington would also likely play time as a small ball center, which brings him into play.

Richaun Holmes is questionable for the game against the Blazers. If Holmes is out, lock in Hassan Whiteside averages over 1 fantasy point per minute and is priced near the minimum.

In addition to the possible value plays from the Nets above:

Robert Covington (DS $8,300, DK $5,000) has shown in the past to have 40+ point upside and on this slate he is in the highest game total of the night by far. The game will have a fast pace, which will give him more opportunity to collect stocks (steals and blocks), playing right into his wheelhouse. He should also get plenty of open looks from deep. I love this play even more if Nurkic is out.

George Hill (DS $8,290, DK $4,500) is always a relatively safe value play if you need the savings and nothing more obvious has opened up. He will be low owned and plays just under 30 minutes per game with 35 point upside.

Zion Williamson (DS $12,850, DK $7,300) hasn't quite taken the league by storm to start this season as was expected by most pundits. That said, his price is too cheap, particularly on Draftstars. His last three games have only seen one game below 40 fantasy points and that was 39. The Clippers don’t have a large front line with Serge Ibaka and Nicholas Batum starting and as a result they have a league average rebounding percentage. This will suit Zion’s game as one of the top offensive rebounders in the league. He has 50 point upside and should see more usage with up to two starters possibly missing the game for the Pelicans.  UPDATE: Williamson is out of today's slate.

De’Aaron Fox (DS $11,560, DK $7,400) price point on Draftstars is ridiculous. Fresh off a 43 point game he essentially is a 40 point per game player when he is playing to his potential (this season he has started at 33 points per game, but has seen minutes limits due to injuries). To make this spot even better he is in the top matchup on the slate against Portland who have given up the third most fantasy points in the league to point guards this season.

Julius Randle (DS $17,170, DK $9,100) had his first real down game last contest against Charlotte posting just 24 fantasy points. I absolutely love targeting players fresh off a poor outing to catch the bounce back game. It also lines up with an elite matchup with the Knicks getting the highest pace up matchup on the slate, meaning more possessions. Randle has shown 60 point upside this season.

Damian Lillard (DS $18,550, DK $9,500) looks like a can’t miss on this slate going against the worst defensive team in the league in the Sacramento Kings. They have given up the most fantasy points to point guards this season and really the only person who can hold Lillard back is his own backcourt teammate who is in career best form right now. As is likely obvious by this point, I will be stacking up this game every which way and I love playing Lillard and running it back on the other side with Fox. 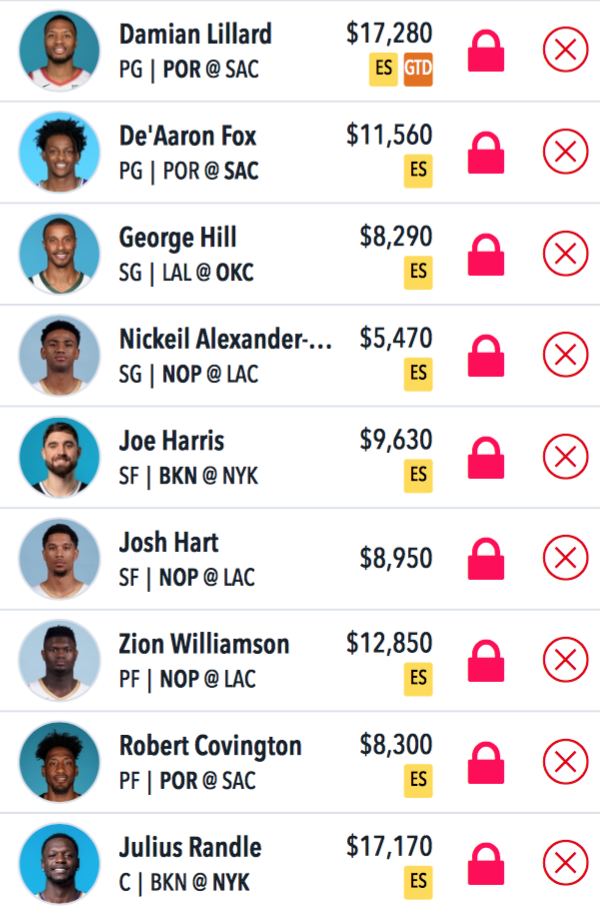