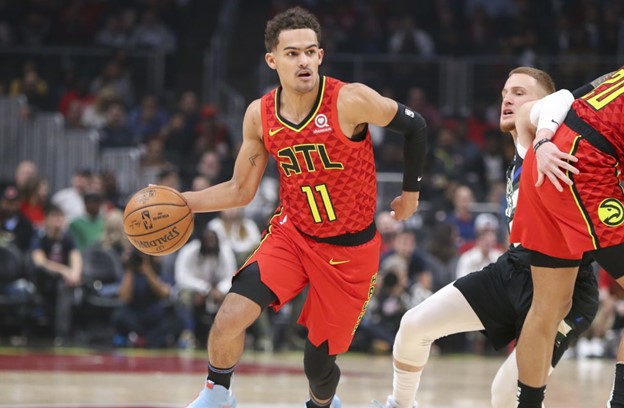 A monster 12 game slate awaits us this NBA Wednesday (Thursday AEST) and we have broken down the entire day below with all the necessary advice to help you build winning DFS lineups. A massive slate deserves massive daily fantasy contests and both platforms are offering monsters: 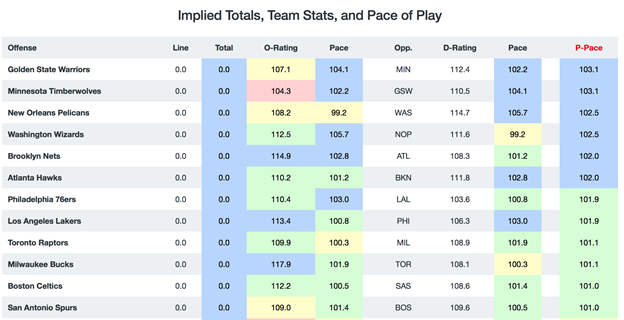 With this slate in so much chaos from injuries and health protocols we are looking at projected pace as the best indicator of fantasy goodness from matchups. Be sure to check the totals closer to the slate when they are all released (and below we break down all the major fantasy impacts of lineup news).

The clear game stack matchup on this slate is Minnesota at Golden State. They have the highest projected pace on the slate with both sides playing at a top 8 pace this season. They also leak fantasy points as both sides are top 5 for points conceded this season, with the Timberwolves having the 3rd worst defensive efficiency rating in the league. This is a second leg of a back to back between these two sides and we saw juicy 238 point total two days ago.

Attacking the Wizards has been a winning strategy tall season, with Washington playing at the fastest pace in the league resulting in their matchup against New Orleans being the second fastest projected matchup on the slate. The Wizards have conceded the third most fantasy points in the league and have the 4th worst defensive efficiency rating.

Domantas Sabonis is questionable for the game against Charlotte. Last game Sabonis only logged 10 minutes before going down with the injury and it was Malcolm Brogdon and Miles Turner who were the biggest beneficiaries seeing huge usage bumps. Jeremy Lamb also saw just under 30 minutes off the bench as the Pacers generally played smaller lineups with Turner at center.

Tyler Herro and Goran Dragic are questionable, and Jimmy Butler is out for the matchup against Denver. Bam Adebayo will have all the usage he wants if all three are out, while resurgent Kendrick Nunn will also be asked to handle a lot of the playmaking responsibilities. Monitor the starting lineup closer to lock to get a better feel for value opportunities.

George Hill and Al Horford are questionable. Theo Maledon got the start last game with Hill out, while Isaiah Roby continues to start at center. I prefer to roster Diallo off the bench than Maledon given the upside he has already displayed this season (40+ fantasy points).

Devin Booker is out for the game against the Thunder. Chris Paul is the obvious player who receives a usage increase without Booker in the lineup (Paul posted 21p 9r and 13 assists in their last game against the Nuggets without Booker). While the Suns will have both Jae Crowder and Cam Johnson in the starting lineup.

Russell Westbrook is out for this game has he has not played in back to backs this season. Beal will see a usage boost while the value play starting at point guard will be Raul Neto (Questionable with a Groin injury).

Donovan Mitchell is out for the game against the Mavericks by entering the concussion protocol. Expect Joe Inglis to join the starting lineup and giving usage boosts to Mike Conley and Jordan Clarkson.

Darius Bazely (DS $8,920, DK $5,600) showed us what he is capable of last game against Portland where he posted a 31.5 fantasy point game. If Horford and Hill are both out his usage rate will continue to be high and as we have already seen this season he has 40+ point upside, which is rare for a player in this price range.

Jarred Vanderbilt (DS $8,770, DK $5,400) is in the matchup of the night against the Golden State Warriors. The only real query is minutes on this Timberwolves roster as they continue to be all over the place. GPP play only, but Vanderbilt is a fantasy point per minute monster (over 1 point per minute) who also brings 40+ point upside. This is one of the best matchups in the league and two days ago he posted 28 fantasy points from 25 minutes.

Andrew Wiggins (DS $11,780, DK $6,700) will be playing his second straight game against his former team. In their first matchup he came out aggressive and posted 40+ fantasy points while taking 19 shots. His usage should be similar for this game and it is arguably the best matchups in the league at this point with the Timberwolves giving up the second most fantasy points in the league this season.

Brandon Ingram (DS $14,740, DK $8,000) has seen his fantasy production slow in recent games after monster start to the year. This means we get a price discount on someone who was consistently a 50 fantasy point per game player earlier in the year. On this slate he draws the Washington Wizards who will push the pace up (fastest team in the league) and have conceded the second most fantasy points on the season. This is an ideal bounce back opportunity and a ceiling game of 60 points in is play.

Trae Young (DS $17,720, DK $9,200) has returned to his early season form after an odd stretch where he looked disinterested in shooting while the team was working through chemistry issues. He has 5 straight games of 50+ fantasy points and on this slate, he is in what will be one of the highest totals on the slate against Brooklyn who are incapable of defending, especially when it comes to protecting the rim. If you remember earlier in the year these two sides played in a 145-141, which is a 286 point total that will always be on the cards when they meet given the level of defense both sides play. 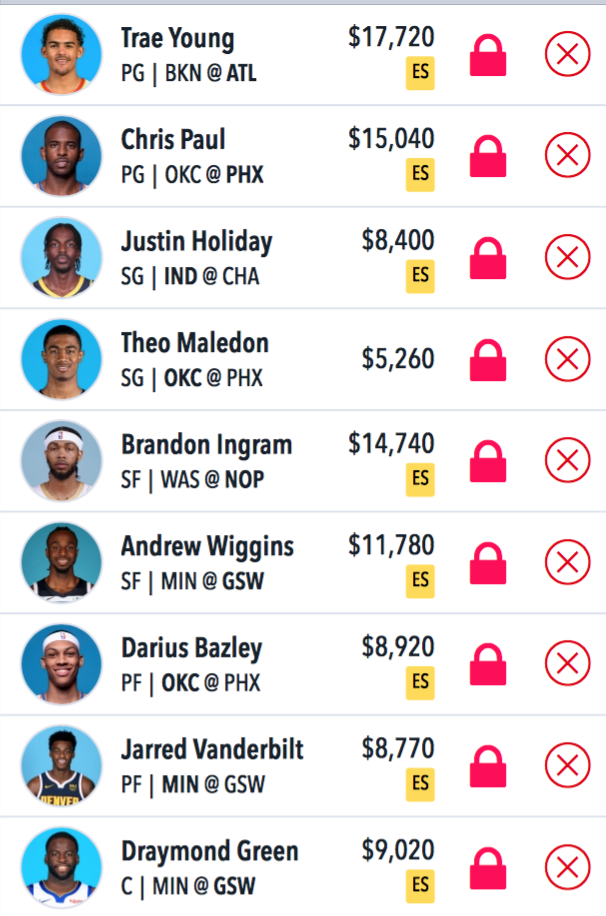