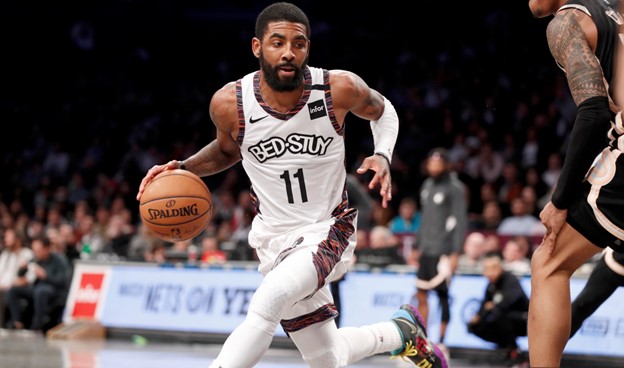 A beautiful 6 game slate is on the cards for this NBA Wednesday (Thursday AEST) slate so let’s dive in to get ready for all the massive DFS contests on offer:

It is clear we have hit the second week of the season with half the games not having totals out as yet. We will be awaiting plenty of injury news and we have broken down the main impact below.

The top game total on the slate that is listed is Atlanta at Brooklyn with a massive 239.5 points. This will be the game of the slate to target with both sides top 11 in pace so far this season and as a result projected to be the fastest game on the slate. Brooklyn are 7-point favourites with Kevin Durant and Kyrie Irving returning to the lineup and should take advantage of the fact that the Hawks are one of the worst defensive sides in the league.

Jason Richardson is listed as questionable for the game against Charlotte. Monitor the news for Richardson’s possible replacements, but I would expect either Trey Burke or James Johnson to take over the starting role. Tim Hardaway Jr should also receive extra playing time and usage if Richardson sits out.

Lebron James is questionable for the game against San Antonio. If James sits Anthony Davis and Dennis Schroder should see usage increases, while Kyle Kuzma should replace James in the starting lineup and see an increase in playing time.

Kawhi Leonard did not play in today’s game against Minnesota. Without Leonard in the lineup Paul George receives a usage bump. Luke Kennard started in Leonard’s place today posting over 25 fantasy points from 28 minutes.

Ja Morant is out for 3-5 weeks with an ankle injury. Tyus Jones took over the point guard duties after Morant went down last game playing 34 minutes. Dillon Brooks and Kyle Anderson appeared to be the two players who received the biggest usage increases getting up 19 and 17 shots respectively.

LaMarcus Aldridge has been ruled out. Jakob Poeltl will likely enter the starting lineup, and he averaged 7.4 points and 7.9 rebounds in 17 starts last season. DeMar DeRozan could also see an uptick in usage rate.

PJ Washington (DS $8,690, DK $5,400) is playing substantial minutes as a small ball centre this season for the Hornets despite starting at his typical power forward position. This has been a bonanza for his rebounding, which has led to his fantasy scores topping the 34-fantasy point mark in each of his last two games. This matchup will suit the Hornets going small against the Mavericks who are not an interior team so Washington should play around the 35-minute mark. His price is too cheap on Draftstars for his current output.

Serge Ibaka (DS $8,100, DK $5,400) has been a fantasy point per minute monster this season as the starting centre for the Clippers. He has been posting 27 fantasy points per game despite playing just 20 minutes. The playing time poses a risk, but his price looks far too cheap on Draftstars for his current level of play.

Demar DeRozan (DS $12,900, DK $6,900) has taken on a massive amount of playmaking responsibilities for the Spurs to start this season. He is averaging 9 assists through three games and his only game under 49 fantasy points was the result of a poor shooting night where he went 3/12 from the floor (a great sign that you can count on his peripheral stats). He is one of the fastest paced games on the slate against the Lakers and is priced in a range that can provide significant upside if he hits a ceiling game.

Kyrie Irving (DS $14,940, DK $8,900) has been in blistering form to start the year. Apparently burning sage pregame helps you find your shooting stroke as he hasn’t looked back. Through three games his lowest fantasy score is 39, with a ceiling game of 60+. On this slate he has one of the top matchups in the league for a point guard with Atlanta playing at one of the fastest paces in the league having the worst defensive point guard in the NBA in Trae Young. As mentioned above this is by far the highest total of the night and looks like the perfect game stack opportunity.

Anthony Davis (DS $16,410, DK $9,700) looks way too cheap on Draftstars. His minutes have been down to start the year as the Lakers understandably ease in the season, while also having a deeper bench to help keep things ticking over while Davis and Lebron rest. We all know Davis brings a massive upside that could take you down a GPP and the Spurs will struggle to match up with him (who doesn’t). As mentioned above this is one of the highest totals on the slate and expected to be one of the fastest games (with the Spurs playing at the 5th fastest pace in the league this season). This play becomes even better is Lebron ends up missing through injury. 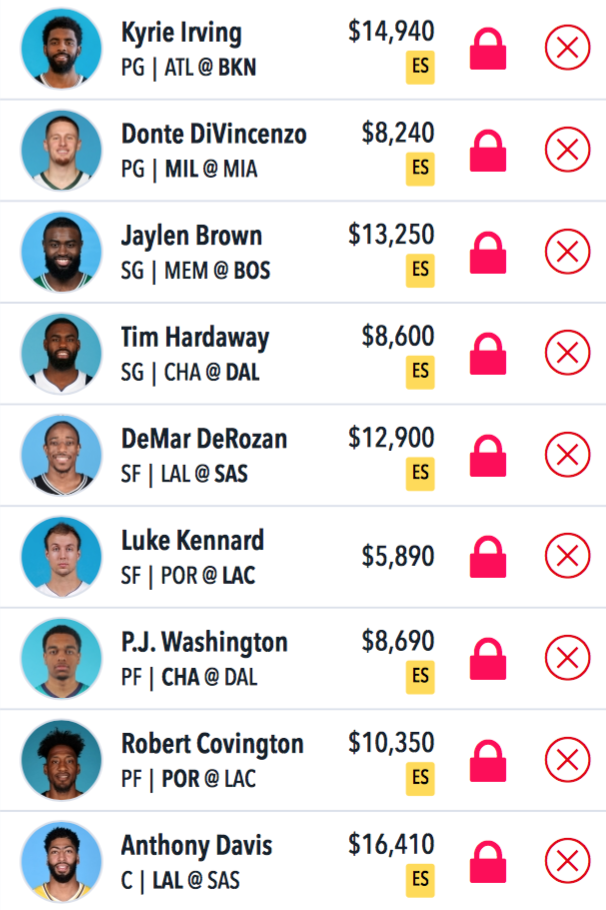