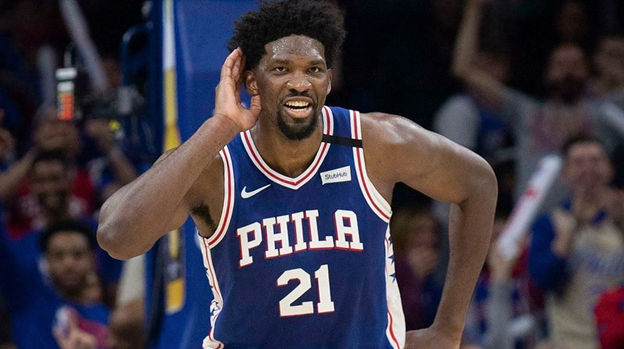 With the first two weeks of this wild and wacky NBA season in the books we are starting to get a better feel for the craziness of this year and its impact on DFS. This weeks NBA Wednesday (Thursday AEST) mega slate brings 11 games for us to work through and a monster array of daily fantasy tournaments to choose from: 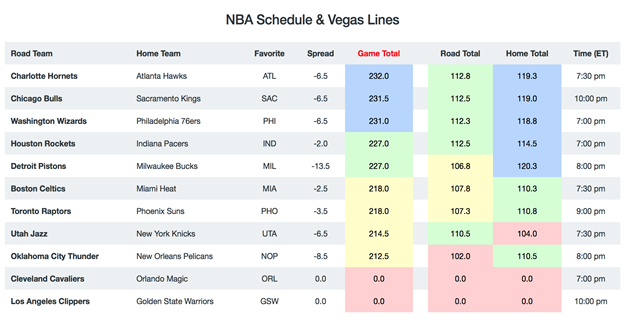 On a massive slate like this it is critical to narrow down your player pool. One of the simplest ways is to avoid low total games. With four games under 220 points it is easy to have a low exposure to players in those games, arguably only targeting obvious value play.

The highest game totals on the other hand are the games we want to target, with Charlotte at Atlanta leading the way with a massive 232 point total. It isn't the fastest paced game on the slate with Atlanta surprisingly outside the top ten. However, the Hawks have the third best offense in the league through the early part of this season while both sides sit around league average defensively.

Chicago at Sacramento is slightly behind this total at 231.5 points and in my opinion presents a more attractive fantasy game. It is projected to be the fastest paced game on the slate with both teams in the top ten in that category this season (and the Bulls the second fastest team in the league). On the flip side they are also both bottom ten in defensive efficiency.

Remember there are still two games without totals as we await injury news. Below we breakdown the potential fantasy impact of lineup news for this slate.

Marcus Smart and Jeff Teague are both questionable for the game against Miami. We saw the impact of these two players being out last game where Payton Pritchard went berserk for 37 fantasy points from 32 minutes. Don’t be deterred if he doesn't get the start, he will certainly close the game and become a lock and load play if both Smart and Teague don’t suit up.

Dante Exum and Darius Garland remain out for the game on this slate. Cedi Osman will see major minutes with these two out again. Last game after Exum went out in the first minute with a calf injury Osman posted 43 fantasy points while playing a massive 38 minutes. Collin Sexton should also see a usage boost with the absence of these two guards.

Evan Fournier is questionable, and Michael Carter-Williams is out. If both are out it should mean an increase in playing time and usage for Cole Anthony, who has been able to post 20-point fantasy games despite shooting just 29% from the field to start the year. Terrence Ross will also continue to have all the usage he can handle off the bench.

Nicolas Batum (DS $8,460, DK $4,900) has been totally rejuvenated this season after a move to the Los Angeles Clippers. Playing in games that matter for a team with real aspirations he has become a perfect third wheel to Paul George and Kawhi Leonard. Averaging 25 fantasy points per game he draws one of the top matchups in the league on this slate in the Golden State Warriors who have given up the second most fantasy points in the league this year. In addition, Paul George missed today's game, while Kawhi was a game time decision. If one, or both, miss on this slate it will open up even more usage for Batum (without George today he posted a season high 40 fantasy points).

Shake Milton (DS $8,880, DK $4,900) is a GPP play on this slate, and more so if the value discussed above in the injury news section doesn’t open up. He is playing 25 minutes per game off the bench and ticking along at around 0.88 fantasy points per minute. On this slate he draws one of the top matchups in the league against the defenseless Washington Wizards, which is a game that could become a blowout very early lifting Milton’s playing time.

LaMello Ball (DS $11,730, DK $6,000) has seen his minutes steadily increase as a result of his improved play, logging 30+ minutes in his last two games. It is only a matter of time before he makes the starting spot his own. He has averaged over 37 fantasy points over his last four games and best of all he absolutely stuffs the peripheral stats, which means even when his shot isn't falling (which is often) you get a safe floor for his playing time. Even better he is playing in the top game total on the slate and should draw a historically bad defender in Trae Young for a substantial amount of time.

Donovan Mitchell (DS $13,580 DK $7,800) has started to see his shooting revert to the mean in recent games and this has pushed his output to 40+ fantasy points in his last two games. His usage is where you want it taking over 20 shots per game and his slow start to the year gives us this soft price point to attack. It is a plus matchup against the Knicks whose advanced metrics still indicate they are a poor defensive side despite their winning record through the early part of the season.

De’Aaron Fox (DS $14,270, DK $) is my first pick for how I will target this game. Three of his four games have been 41+ fantasy points and he hasn't even been playing well shooting just over 40% from the field. On this slate he draws an elite matchups for point guards against the Bulls who have conceded the second most fantasy points in the league to the position this year. As mentioned at the top it is also the fastest paced game on the slate, which will suit Fox’s game style.

Joel Embiid (DS $18,310, DK $9,900) is my pick if you are paying all the way up for players on this slate. He has looked sensational to start the season averaging just under 50 fantasy points from just 31 minutes per game as the Sixers have been able to blow plenty of teams out. On this slate he draws a huge pace up matchup against the Wizards, while also matching up against Thomas Bryant who will have no business trying to stop Embiid (which is shown by the fact that Washington has given up the third most points in the league to centers this season). 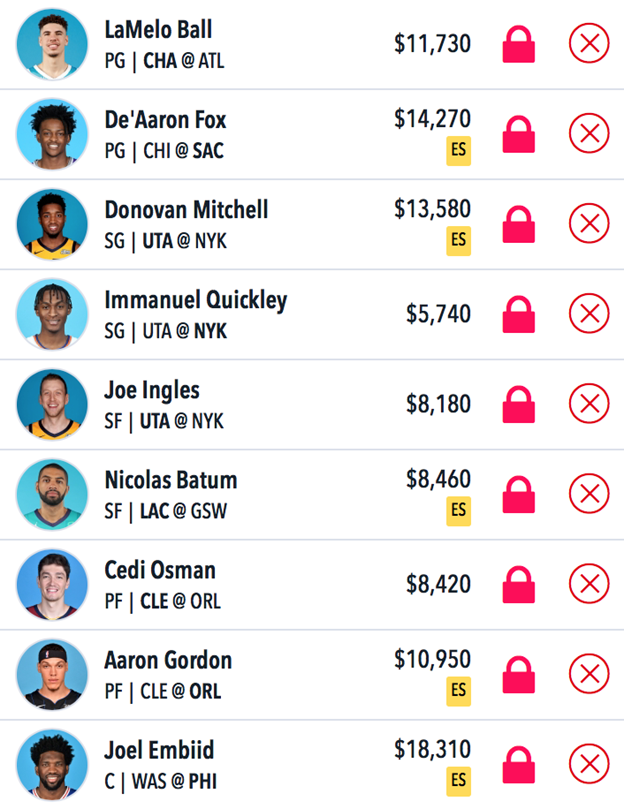