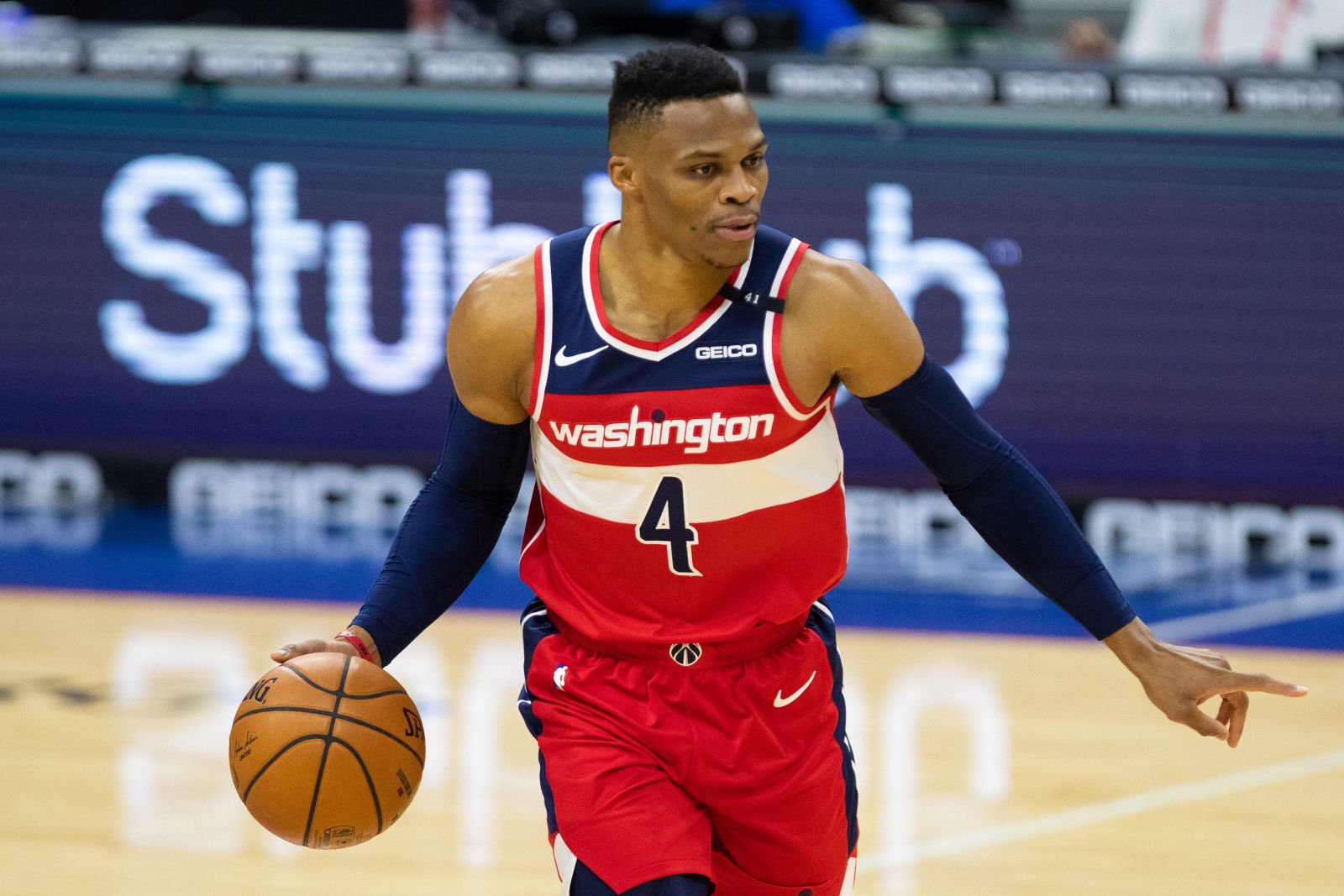 The weekend is here and that means monster NBA Friday (Saturday AEST) slate! This week we have an 11 game slate for all and as always the major platforms have massive daily fantasy contests on offer for us :

Just over half the games are yet to have a line set for this slate, which means we can expert plenty of lineup madness as we get closer to tip off. We have broken down the fantasy impact of all the major injury and lineup changes below.

One of the top game totals of the slate is New Orleans at Dallas with a massive 232.0 points. As we went through two days ago the Dallas Mavericks have the worst defense in the league right now (and historically bad levels). Over the past 10 games they have the worst defensive efficiency in the league by almost 3 points per 100 possessions to the next team, and on the season they are ranked 26th. That means loading up on the Pelicans is an elite strategy on this slate.

There are plenty of high total games on this slate that are open for attack, but if you are looking for a sneaky matchup I love Orlando at Sacramento. The Magic have been one of the best teams to attack in fantasy in recent games, conceding the most fantasy points in the league over the past 7 games. Meanwhile Sacramento is dead last in defensive efficiency this season and have given up the most points in the league to centers over the past 7 games.

Anthony Davis is questionable for the game on this slate. Based on recent reports engaging Davis’s injury it is unlikely he will play in the match against the Grizzlies and that means we will see Kyle Kuzma in the starting lineup and Montrezl Harrell will play up to 30 minutes off the bench.

D'Angelo Russell will not play in the game against Charlotte. With him out Ricky Rubio will likely start at point guard, while Anthony Edwards should continue to play 30+ minutes and have a significant amount of usage.

The Oklahoma City Thunder continue to be decimated by injury and health protocols with Shai Gilgeous-Alexander, George Hill and Theo Maledon all out and Isaiah Roby is questionable. Without all their playmakers Al Horford has been dominant posting 2 55+ games in his last 3 contests. Hamidou Diallo has also been unleashed with back-to-back 40+ point games.

Bradley Beal has been ruled out of the game on this slate against Cleveland. This almost makes Russell Westbook the lock and load play of the day as his usage rate will go to the moon.

Keep an eye on the Orlando Magic news with Frank Mason already ruled out with a groin injury and Evan Fournier and Cole Anthony are marked as questionable. However the Magic are one of the teams on the late night hammer and may not get this news in time.

Elfrid Payton (DS $8,760, DK $5,000) is perfectly priced for a high-risk high reward GPP play on this slate. The Knicks have one of the best matchups in the league against the Wizards who have given up the 4th most fantasy points in the league this season. Payton when he gets minutes can hit ceiling games with two 35+ point games from his last 4 and a 27 fantasy point game last time out.

Marvin Bagley (DS $9,180, DK $4,800) is another I love for GPPs (there will likely be plenty of safe high owned value once lineups are out). Bagley has legitimate 40+ point potential as we already saw this season and again minutes are the only question mark. Playing time has trended up the last two games leading to a 29-minute 28 fantasy points game last time out. It is an elite matchup as we noted above with the Magic giving up the most fantasy points in the league over the past 7 games.

Lou Williams (DS $10,590, DK $5,800) is looking much more like his old self now with Paul George out of the lineup and he is finally getting consistent minutes. His last two games he has played 29 minutes in each and posted an average of 40+ fantasy points.

Kevin Huerter (DS $11,480, DK $6,000) is benefiting from the outs at the Hawks right now. He has played 36 minutes per game and returned 34 fantasy points per game over his past 5 games. He has a much larger play making role and usage rate without DeAndre Hunter in the lineup and these opportunities have been coming out in his scores. The matchup is positive against the Spurs who have given up the 9th most fantasy points this season.

Russell Westbrook (DS $17,550, DK $9,000) will have the keys to the castle on this slate with Bradley Beal out. Beal has led the league in usage rate this year with a ridiculous 36.5%. We can expect Westbrook’s usage to tick up to a similar level without Beal in the lineup and we all know the ceiling Westbrook can offer as a monster triple double threat on any given night. While there has definitely been a drop of production, he still offers 70+ point potential as we saw a few games ago against Brooklyn.

Brandon Ingram (DS $15,140, DK $8,200) should be low owned on a monster slate like this. His performances have been patchy recently with back-to-back 35 fantasy point games, but before that he posted a 58 point game. On this slate he has arguably the best matchup in the league right now as we noted above, with Dallas ranking historically bad at defensive efficiency over the past 10 games. 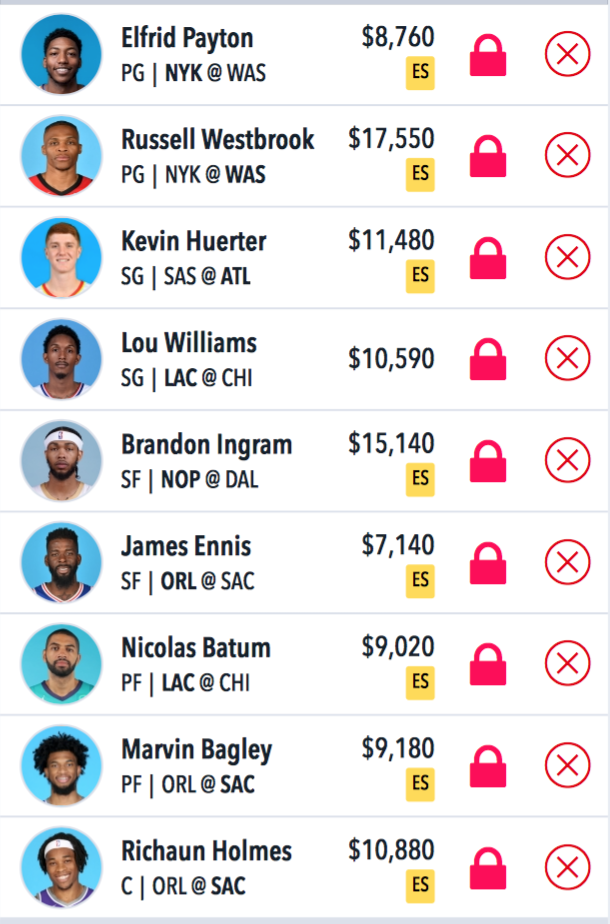