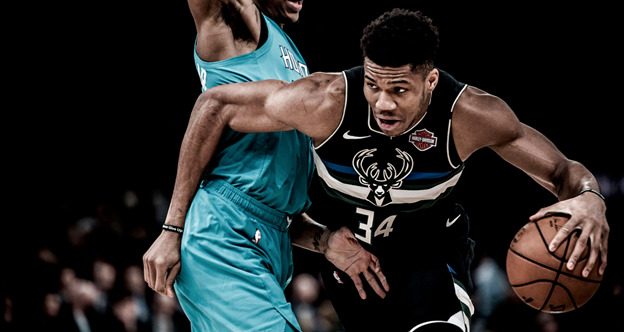 The weekend is here and we have another massive NBA Friday (Saturday AEST) to attack with an 8 game slate on the cards for daily fantasy. As always, the major daily fantasy platforms have a wide variety of tournaments with some massive prize pools:

COVID19 heath protocols combined with injuries are in full effect on this slate although Boston received news that players have cleared health protocols. We break down the impact of all the possible outs below.

UPDATE - First of all, the Wolves v Grizzlies game has been postponed, so do not roster players from either side as they will accure ZERO fantasy points

We are still left with juicy game totals with the Clippers at the Kings topping the slate at 227.5 points. This does not project to be a very fast game with the Clippers playing at one of the slower paces in the league this season. That said, this puts them in a great pace up spot as the Kings are the 8th fastest team. Even better they are one of the best teams in DFS to attack right now as their defense is absolutely atrocious. Dead last in defensive efficiency they have given up the most fantasy points in the league this season.

The other two games I love on this slate also have good high totals. Oklahoma City face Chicago in the highest projected pace game on the slate. The Bulls are the second fastest team in the league, while being ranked second last in defensive efficiency. Memphis at Minnesota is also enticing, with the Timberwolves playing up in pace while being one of the worst defensive teams and giving up the 4th most fantasy points.

Boston looks to be the next team possibly gutted by COVID-19 protocols on this slate with Jayson Tatum, Jaylen Brown, Daniel Thies and several others questionable for the game against Orlando. Keep an eye on the news and available players closer to slate. UPDATE - Jaylen Brown, Daniel Thies and Semi Ojeleye have been cleared and are available to play

Lou Williams and Patrick Beverly are questionable for the game against the Kings. If either player (or both) is out then Luke Kennard would move into the starting lineup and come into play.

Lonzo Ball is out, and Eric Bledsoe is questionable for the game against the Lakers. We saw what happened last game with both players out and Nickeil Alexander-Walker started at point guard and posted a massive 52 fantasy points. He will be an elite play on this slate again.

Bojan Bogdanovic (DS $8,300, DK $5,300) is criminally underpriced on Draftstars despite a poor start to the season. Last year he was at least $3-4k more expensive and he is still seeing right around 30 minutes playing time. He still has upside at this price point posting 40, 31 and 29 fantasy point games from his last 6 games. On this slate he draws a decent matchup against the Atlanta Hawks who have played at the 11th fastest pace in the league.

Austin Rivers (DS $7,970, DK $5,100) is playing major minutes as the starting shooting guard for the Knicks, with the last two games topping 33+ minutes. At his price point that level of playing time and usage (over 10 shots per game from each of the last 2) makes him a more than viable value option.

Zion Williamson (DS $12,830, DK $7,900) price is too cheap, particularly on Draftstars. His last three games have only seen one game below 40 fantasy points and that was 39. He has 50 point upside and should see more usage with up to two starters possibly missing the game for the Pelicans.

Jonas Valanciunas (DS $12,650, DK $7,100) was a sneaky contrarian play earlier this week when the Grizzlies played the Timberwolves, and it makes sense to go right back to the well on this slate. The Timberwolves have given up the most fantasy points in the league to centres this season and Jonas posted a 50-point game against them two days ago.

Shai-Gilgeous Alexander (DS $14,270, DK $7,700) is a premium play that I expect to be low owned on an 8-game slate with a number of options available. But he has GPP winning upside posting 3 straight 50+ point games recently and on this slate, he draws one of the top matchups in the league (as noted above), with the Bulls giving up the second most fantasy points in the league this season (4th most to point guards).

Giannis Antetokounmpo (DS $19,100, DK $10,800) will be my go-to pay up with all the value options that will be available on this slate. He hasn’t quite been the statistical monster he was last season, but he still has 4 60+ point games from his last 7. This will be a marquee matchup between two of the league's biggest stars going against Dallas and Luka Doncic and you can expect Giannis will be fired up. The Mavericks are shorthanded and certainly will have no matchup for him defensively, while on the other side the Bucks can put Jrue Holiday on Luka. 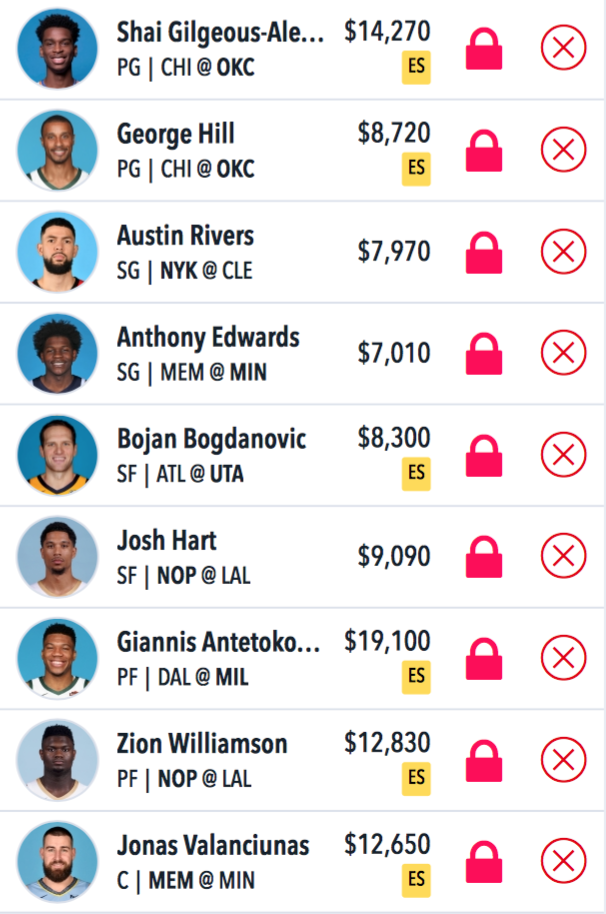