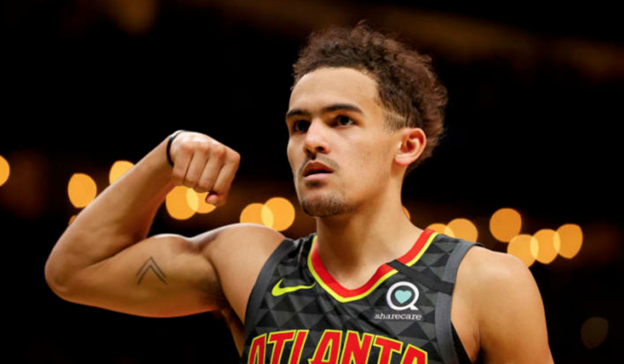 The weekend is here and that means super duper NBA Friday (Saturday AEDT) slate. This week has a ridiculous 11 games to attack and as always the major daily fantasy platforms have a wide variety of tournaments with some massive prize pools:

Wow! Is it just me or these totals in the NBA are at all time highs? The lowest game total is 219 which is the Nuggets and the Suns. We have a mountain of injury news still to come in and I have broken down all the major impacts for daily fantasy below.

One of the top game totals on the slate is a rematch between Brooklyn and Cleveland, a game that saw the Cavaliers put up just under 150 points two days ago in double overtime. The total is set at 226.5 points however despite the close game recently the bookmakers expect the Nets to run away with it, making them 10 point favourites.

The game of the night from my perspective is Atlanta at Minnesota. The total is pretty high at 225, with both sides are playing at a top 10 pace this season making it the second highest projected pace on the slate. Minnesota have conceded the second most fantasy points in the league this season and are bottom 5 in defensive efficiency.

Other elite spots to target are New York who are playing way up in pace against Sacramento (conceded the most fantasy points in the league) and Charlotte against the Bulls who have the highest game total on the slate (2nd fastest pace and 28th in defensive efficiency).

Wendall Carter Jr is out for the game against Charlotte. Keep on eye on the news to see who the Bulls will start at centre, but regardless Thad Young looks to be the standout play here if Carter sits. Even if Young doesn’t get the start, I almost like it more as ownership will be kept down. Last game with Carter only playing 20 minutes, Young got 25 minutes for 29 fantasy points.

Kevin Durant will sit on the front end of a back-to-back on Friday for what the Nets have deemed right Achilles injury recovery. Joe Harris projects to return to the starting lineup, but the usage will go to James Harden and Kyrie Irving.

Christian Wood has been ruled out of the game against Detroit. Demarcus Cousins becomes the instant chalk play on this slate. He has averaged 19 fantasy points from just 15 minutes this season and the last game he started dropped a massive 40 fantasy points.

Jimmy Butler is out, while Tyler Herro is questionable for the game against the Raptors. The Heat have been an absolute mess this year dealing with injuries and the impact of COVID-19. Kendrick Nunn was the beneficiary last game with a massive 47 fantasy points, he will be in play again, as will Goran Dragic.

Pascal Siakam is IN for the game against Miami. But Kyle Lowry is out for the Raptors. Fred VanVleet will soak up usage in the guard role.

Darius Bazely (DS $8,870, DK $4,900) is the definition of a GPP play on this slate. He started the year off in a baze of glory (pun intended!) and has flashed plenty of potential with 40 fantasy point games. But recently his output has dropped significantly and as a result so has his price. Still finding a player in the price bracket with that level of upside is rare, and due to recency bias he will be very low owned on this slate.

Jarred Vanderbilt (DS $7,720, DK $5,000) is another who burned a lot of us last game. But with the Timberwolves still shorthanded he should draw the start again at power forward. Vanderbilt has been a fantasy point per minute beast this season (over 1 per minute) and if he can stay out of foul trouble will be in like for 25-30 minutes in one of the top games on the slate against Atlanta.

Kendrick Nunn (DS $7,390, DK $5,400) is just a lock and load play at Draftstars. Despite back-to-back games of 34 and 47 fantasy points his price is yet to come up and the Heat will once again be without Butler (and likely Herro). Not much more to say here if Nunn is expected to get over 30 minutes it is too much opportunity to pass up.

Elfrid Payton (DS $9,180, DK $5,800) is a nice GPP pivot (from a more obvious play in Kevin Huerter) in this price range. His minutes have been way up recently playing over 30 in each of his last 2 and anytime Payton is receiving that level of playing time he has the ability to hit value in daily fantasy. On this slate he has the top matchup in the league for his position with the Sacramento Kings giving up the most points in the league to opposition point guards.

Jamal Murray (DS $11,340, DK $7,000) There is nothing better in DFS than jumping on the star player who is fresh off an absolutely shocking performance. Murray was totally locked up last game by Lou Dort, holding him to 2-10 shooting and just 17 fantasy points. He is priced nicely on Draftstars for a player with 50-60 point potential (posted 46 two games ago) and I expect him to bounce back without any ownership at all on this slate.

Trae Young (DS $15,920, DK $9,600) should be the chalky premium player on this slate again as the Hawks continue to have the majority of their playmaker/guards out of the lineup. He played 44 minutes (in overtime) last game and returned 66 fantasy points. On this slate he has one of the top matchups in the league against the Timberwolves who have given up the second most fantasy points in the league and I marked this game to stack on the slate. Lock in Young and move on.

Julius Randle (DS $17,090, DK $9,100), as mentioned above in regards to Elfrid Payton, Randle is in one of the smash spots of the league on this slate. Still operating as the Knicks main playmaker he is averaging 48 fantasy points per game and showed 60+ point upside comfortably this season. The Kings have given up the most fantasy points in the league and in particular give up points, assists and made three pointers, which are all areas that would boost Randle’s night. If you are looking for a sneaky GPP play at premium pricing I would pivot from Randle to Andre Drummond. He should destroy the Nets, but most players will be rightfully worried about his playing time with Allen now on the roster. 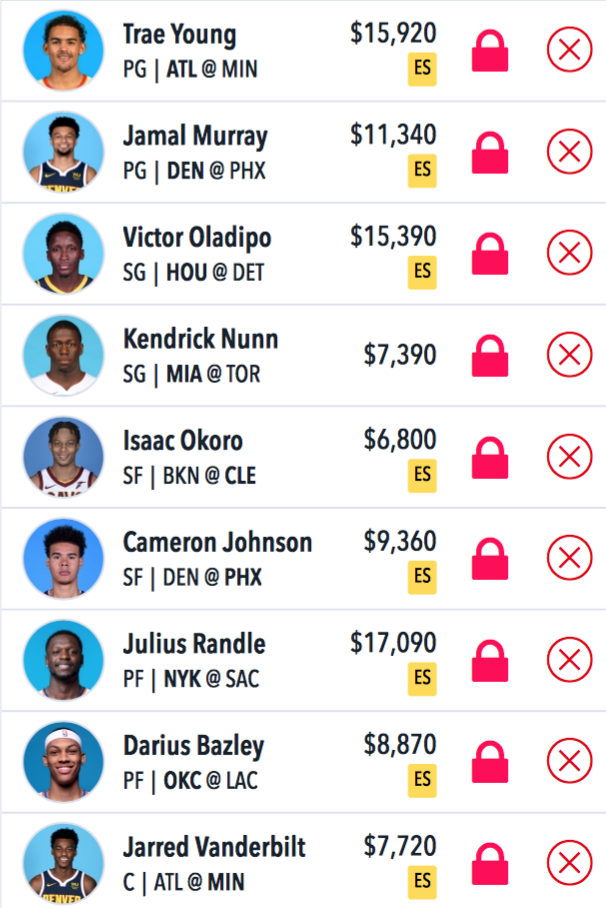