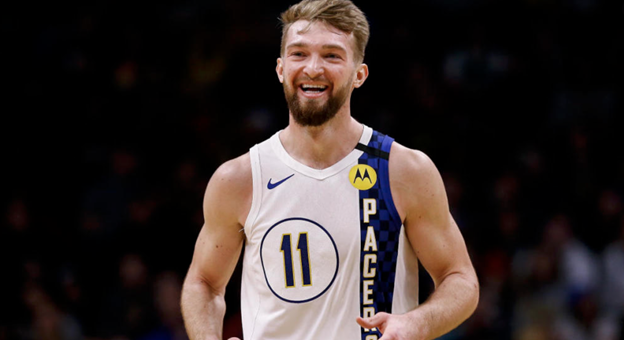 The weekend is here, which means a 10 game slate awaits us for NBA Friday (Saturday AEST) and we have broken down the entire day below with all the necessary advice to help you build winning DFS lineups. A massive slate deserves massive daily fantasy contests and both platforms are offering monsters:

Surprisingly for a 10 game slate there are only 3 right now without lines set, which means we should have a reasonable idea about the lineups. That said, the NBA always throws us a curveball or six so as always keep an eye on the news closer to tip off. We have broken down the major fantasy implications from injury and lineup news below.

The top game total on the slate is Atlanta at Washington with a very juicy 232 points. The Hawks will be in a very nice pace up spot going against the Wizards who have played at the fastest pace in the league this season. They also sport one of the worst defenses and as a result have conceded the 3rd most fantasy points.

The game to watch that has yet to have a total set is Philadelphia at Minnesota. There is always blowout potential when teams are facing the Timberwolves this season, however it is projected to be the second fastest paced game on the slate. Minnesota has played at the 4th fastest pace this season, is 27th in defensive efficiency and conceded the 2nd most fantasy points in the league.

Clint Capella is currently listed as day to day. Without Capella in the lineup the Hawks will likely play John Collins significant minutes at the centre position, in an elite matchup against the Wizards.

Joel Embiid is listed as day to day. Without Embiid, the Sixers will start Dwight Howard at centre, however it will come down to who is playing better out of him and Tony Bradley as to who sees the playing time. Dwight has shown significant upside in this role already this season.

OG Anunoby is questionable for the game against Sacramento. The easy solution if he is out will be Norman Powell holding onto a starting role. Powell has been dominant as a starter this year posting 40+ point scores in his last two games, however his price has also been increased substantially to reflect that.

Donovan Mitchell is Out for the game against Dallas. Joe Ingles got the start last game without Mitchell in the lineup and he 41 fantasy points, taking over a significant amount of play making responsibilities. It also means a usage bump for Mike Conley and Rudy Gobert, while Jordan Clarkson should see a minutes boost off the bench.

Paul George and Kawhi Leonard have all been out the last two games however an update this morning upgraded them to available after clearing protocols.

Kevin Durant is Out for this game due to rest against the Thunder. Jeff Green is an option to return to the starting lineup in place of Durant, while James Harden and Kyrie Irving will benefit from increased usage.

Seth Curry (DS $9,100, DK $4,400) has been back for two games since missing a period of time due to COVID-19 and it is only a matter of time now until he catches fire again. He was an absolute flame thrower to start the season and on this Sixers team he is getting all the looks he can handle. His minutes are back at over 30 last game and we have seen his upside of 40+ this season already. Playing arguably the worst team in the league right now is often the remedy for anyone to return to form and on this slate you will likely have Curry at extremely low ownership.

Lonnie Walker (DS $7,790, DK $4,100) is a relatively safe value play as a last piece if nothing else opens up. He continues to play around 30 minutes a game and gets up around 10 shots per game. Averaging over 20+ fantasy points on the year, he won’t always win you a GPP, but he shouldn’t burn you either.

Pascal Siakam (DS $13,350, DK $7,300) still hasn't found the consistency of last season, but has been back to flashing that 50+ fantasy point upside. At his current price that would be a GPP winning return and he has one of the top matchups in the league on this slate against the Kings. Sacramento has given up the most fantasy points in the league this season.

Russell Westbrook (DS $16,950, DK $9,000) might feel like a strange call here on a 10 games slate, however this may be one of the cheaper price points on Draftstars that we have seen from Westbrook in recent years. We all know about the shooting splits and the Wizards record when Russ suits up, however this is fantasy and despite all that Westbrook is still filling the stat sheet to the tune of 48 fantasy points per game. He is averaging just under a triple double and is in the top game total of the slate. The Hawks have no one who can remotely guard him, especially if they try with Trae Young.

Domantas Sabonis (DS $17,180, DK $9,200) If last season was his breakout year then I am not sure what we can call this season Sabonis has become a central playmaker along with Brogdon with the offense frequently running through the big man. He draws an elite matchup on this slate against Charlotte who have given up the most points in the league to power forwards this season. More specifically they give up the second most assists to the position, which plays right into Sabonis’ game style. We also saw exactly that in the last game where these two sides met and Domantas put up a triple double to the tune of 55 fantasy points. 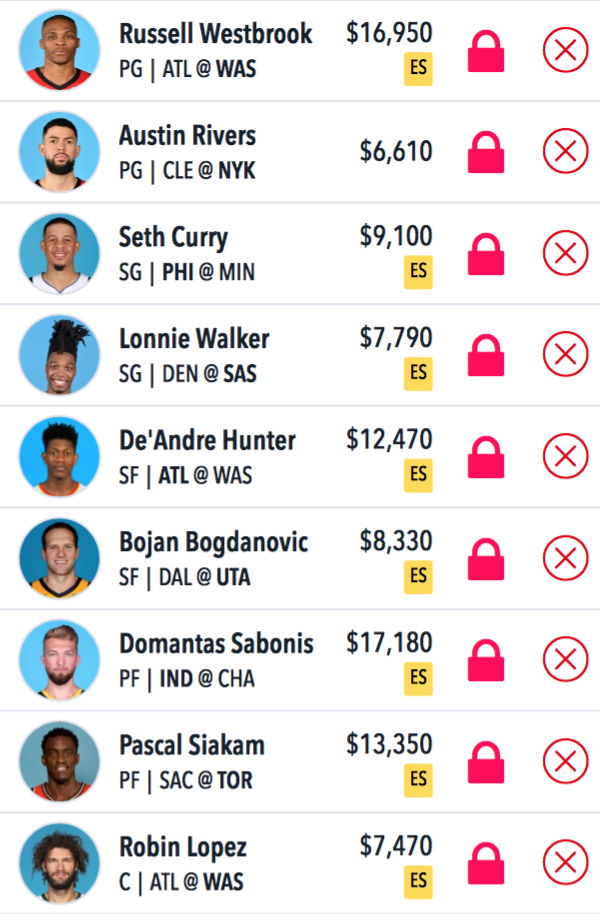