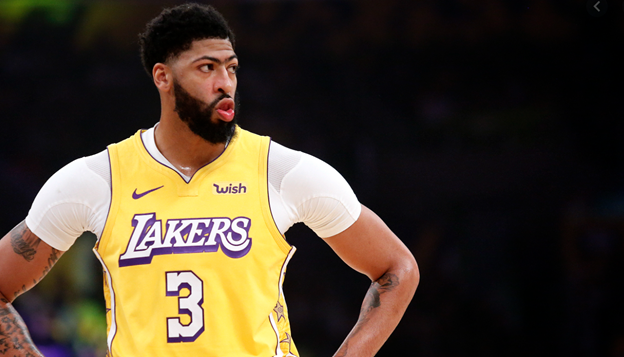 The weekend is here and that means monster NBA Friday (Saturday AEST) slates. This week doesn’t disappoint with a massive 10 games on the card. As always, the major daily fantasy platforms haven’t let us down either, offering a huge array of DFS tournaments to play:

As is typical in the NBA only half of the games have totals right now as we await for injury news that will come in closer to the slate. We break down the impact of all the possible lineup changes below.

The top game total on the slate is Utah at Milwaukee at 231.5 points. This is somewhat surprising given last year these were two of the top defensive teams in the league. To start the 2020-21 season, however, they are both around league average while the Bucks are playing at a top 3 pace with a historic level of offensive efficiency.

Orlando at Houston is the next highest total at 227 points. I am not confident in this game as one to attack despite the high total. Neither team stands out as playing at a high pace, or from an offensive/defensive efficiency perspective (in fact Orlando have started the year with the 3rd most efficient defense).

The games without totals that look juicy are loading up on Boston players against Washington (Wizards play at the fastest pace in the league) or Lakers @ Bulls (the game has the second fastest projected pace on the slate).

Kyrie Irving and Kevin Durant continue to be out on this slate. We are getting used to this story for the Nets, Caris LeVert gets the biggest usage bump as he moves into the starting lineup and in the two games he has played with both players this year he has posted 60 and 50 fantasy points. Value options also open up depending on the starting lineups, Bruce Brown, T. Luwawu-Cabborot and Jeff Green all come into consideration.

Steph Curry is listed as questionable for the game against the Clippers. Brad Wannamaker would likely draw the start as a possible value play, while Andrew Wiggins would see a significant usage bump if Curry was to miss the game.

Christian Wood is listed as questionable for the game against the Magic. Last game without Wood in the lineup Demarcus Cousins got the start and posted 40 fantasy points in just 23 minutes. His price has bumped up as a result so given the fact playing time will likely be tapped, he is certainly not a lock and load play if Wood is out.

De’Aaron Fox and Richaun Holmes are questionable for the game against Toronto. Last game after Fox went out with a hamstring injury rookie Tyler Haliburton went bezerk posting 40 fantasy points and a game ceiling jumper that nearly hits the roof. Marvin Bagley broke out of his slump last game as well and he would likely see over 30 minutes if Holmes was out.

Russell Westbrook status is uncertain after dislocating his finger. We have seen this already this year and are used to the adjustments. Bradley Beal sees a boost in usage (although he is already priced way up after dropping 60 actual points last game), while Raul Neto takes over the starting point guard role as a value play.

Brandon Clarke (DS $8,780, DK $5,600) is consistently seeing 30 minutes per game this season as the starting power forward with Jaren Jackson out. Last year Clarke was a fantasy point per minute monster off the bench, but that has slowed a little this season playing alongside a big man in Jonas. That said his price is still too cheap, and he draws a pace up matchup against the Nets who have been conceding above league average fantasy points to power forwards this season.

Kelly Oubre (DS $8,620, DK $5,400) has had a much publicised and historic shooting slump to start this season. Despite that he has still managed 23 fantasy points per game, which means his upside is still there if he can start making shots (like two games ago where he went 4/6 from deep on the way to 32 fantasy points). His shooting will revert to the mean and last year we saw his fantasy scoring potential. If Curry is out Oubre will likely see a usage bump as well.

Bojan Bogdanovic (DS $7,560, DK $5,300), like the rest of the Jazz, has just been absolutely awol these past two games. That said, his price tag on Draftstars is ridiculous. He has still been playing just under 30 minutes per game and 3 games ago he posted 38 fantasy points. He brings 40+ point upside and will be in the highest game total of the night against the Bucks whose defensive strategy is to concede three pointers at the expense of the defending the rim, which should play right into Bojan’s skill set.

Caris LeVert (DS $12,500, DK $7,400) is a free square unless you want to fade in last GPP tournaments. Without Irving and Durant on the floor his usage is in the 35-40% range and as we noted above he has posted two 50+ point scores in the games they have missed this season. Memphis have given up the 8th most fantasy points in the league this season.

Anthony Davis (DS $16,990, DK $10,100) has had a relatively slow start to the season, however he has picked it up recently with two games of 57+ points form his last four and 48 fantasy points in today's game. His price tag is just too low on Draftstars for the caliber of player he is and on this slate he draws one of the best matchups in the league for big men with the Bulls conceding the 4th most fantasy points to power forward this season.

Jayson Tatum (DS $17,220, DK $9,200) is in the pace up matchup of the slate against Washington who have played at the fastest rate of all teams this season. The Wizards have given up the 6th most fantasy points in the league and Tatum has been elite this season averaging over 47 fantasy points from his last 6 games, enjoying the additional usage with Kemba not being in the lineup. 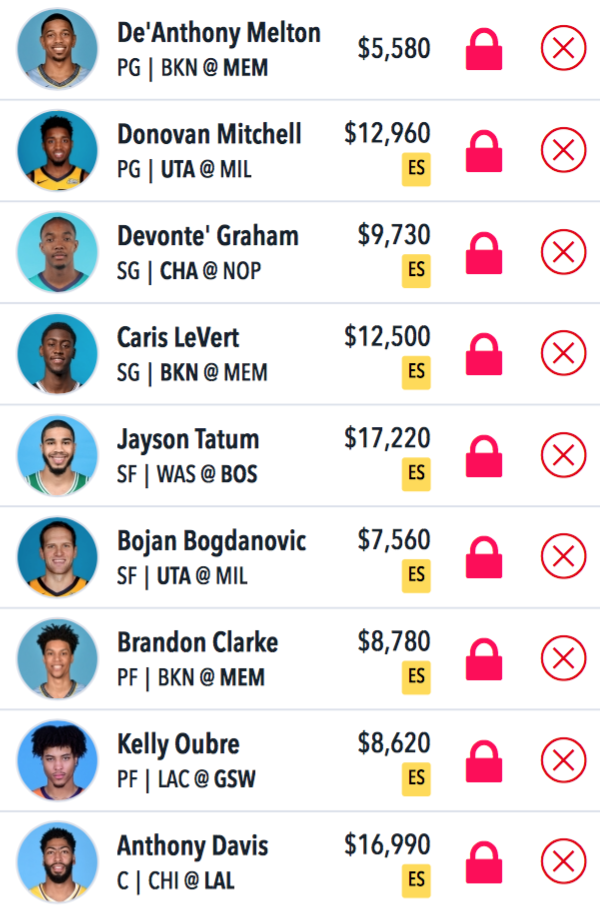