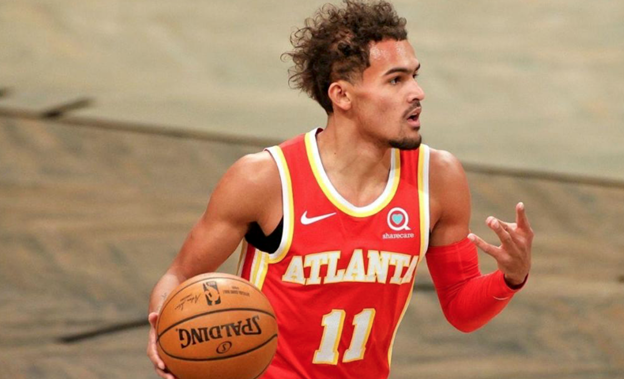 NBA Wednesday (Thursday AEDT) is here and that means another loaded slate with 9 games to attack! As always, the major platforms have massive daily fantasy contests on offer for us and we have all the plays to help you climb up the leaderboard:

As always we have broken down all the major impact of potential injury or lineup news for fantasy below.

Despite only having 4 games with totals currently there are some bonafide ripping matchups for daily fantasy on the card. Atlanta at Dallas is the top total currently at 233.5 points. Dallas have been an absolute abomination on defense recently, ranking dead last in efficiency over the last 10 games with an historically bad rating of 121.7 points per 100 possessions. Over this same period, they have conceded the most fantasy points making Atlanta a great team to load up on.

Another game that stands out that has yet to have a total set is Toronto at Washington. All year we have attacked the Wizards and with good reason, they rank number 1 in pace and 29th in defensive efficiency. The Raptors on the other side of the ball are around league average for pace and 19th in defensive efficiency. This matchup has the highest projected pace on the slate and should be full to the brim with fantasy goodness.

Yet top of the pops today is Indiana @ Brooklyn with a ridic total of 235.0. As we all know by now the Nets love playing offense but don't care about defense which sees the Pacers in a great spot to hit the scoreboard.

Anthony Davis is questionable for the game against Oklahoma. Listed as day to day for every game, he did actually miss the last game and has again been tagged as questionable for this matchup. If Davis is out Markieff Morris will get the start again, but it was Montrez Harrell who game off the bench and played 30 minutes while returning 34 fantasy points.

Jrue Holiday is out due to health and safety protocols. Bryn Forbes got the start last game and 24 fantasy points from 25 minutes of game time. He will be one of the better value plays on the slate, while Kris Middleton will see a significant usage bump and the sneaky play will be Donte DiVincenzo.

D'Angelo Russell is OUT for the game against the Clippers. Ricky Rubio will likely start at point guard, while Anthony Edwards should continue to play 30+ minutes and have a significant amount of usage. Karl Anthony Towns continues to be a game time decision.

Chris Paul is questionable for the game against Milwaukee. If he is out load up on Devon Booker who will see a significant usage spike and return to play making duties that he had before Paul’s arrival this season.

Cameron Johnson (DS $8,160, DK $4,600) / Frank Kaminsky (DS $7,880, DK $4,800) both of these Suns are in play at value pricing on this slate. Monitor the news to see who starts (it may not matter if Paul is out), however last game they both returned value at their price points. The matchup suits in that it will be extremely up pace the Bucks like to concede three pointers to their opponent, which plays right into both Johnson and Kaminsky’s wheelhouse.

Lou Williams (DS $8,970, DK $5,500) is pretty much a lock and load on this slate. It was only a matter of time before Smooth Lou got his groove back this season and with Paul George now out of the lineup he has finally been given consistent opportunity and poured in 30+ fantasy points in each of his last two games (including 37+ from his last outing). On this slate he has one of the best matchups in the league against the Timberwolves who have given up the second most fantasy points in the league this season.

Kevin Huerter (DS $10,710, DK $5,600) is getting all the opportunity he can handle at the moment with the Hawks being shorthanded. Playing 35-40 minutes per night and seeing increased playmaking responsibilities has resulted in an average of 35 fantasy points from his last three games, including 5 assists per game over that stretch. As noted at the top this is one of the best matchups on the slate, with the Mavericks the worst defensive team in the league of the last 10 games.

Domantas Sabonis (DS $16,740, DK $8,600) has the dream matchup on this slate against Brooklyn. The Net might be an offensive juggernaut but they are every bit as bad on defense. They have been getting absolutely crushed on the inside, conceding the second most fantasy points to power forwards and fourth most to centers. Sabonis has come off two subpar performances by his standards this season, which makes this bounce back spot even more juicy.

Trae Young (DS $18,840, DK $9,900) As I said above, I love this game and will be getting exposure to it every which way. When Atlanta is involved in the top game on the slate it always means Trae young exposure. Young has been ticking along nicely in the 50+ fantasy point range recently but we all know his upside is to the moon, and after what we saw Steph Curry do to Dallas a few days ago (57 real points), this has a ceiling game for Trae written all over it! 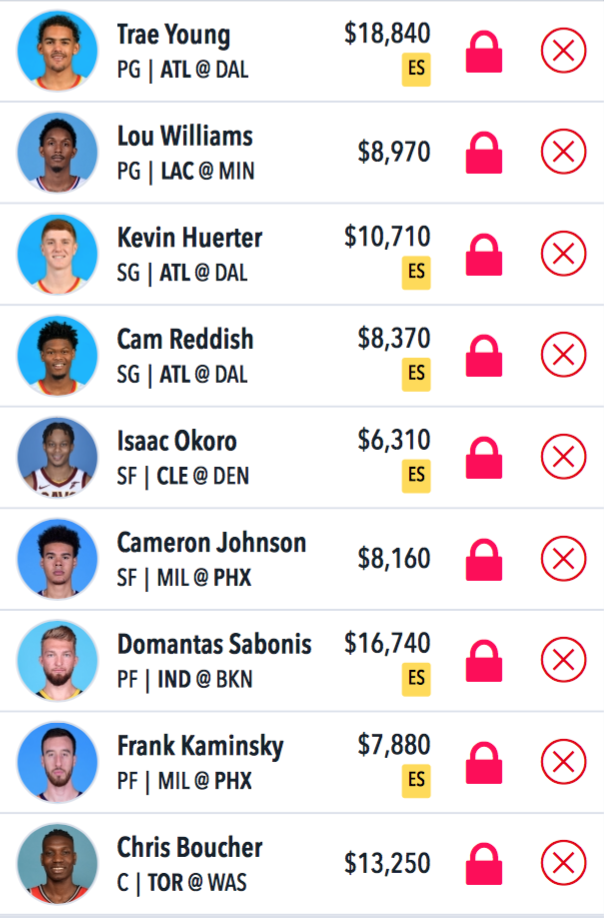