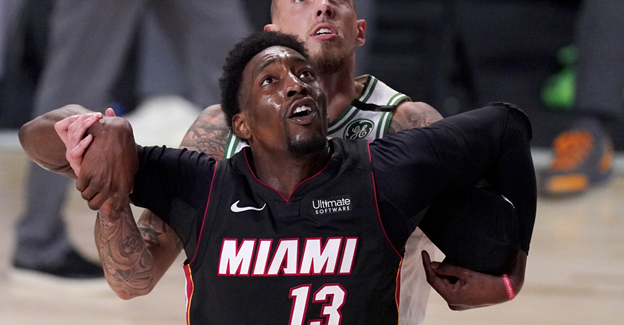 The biggest NBA day of the week is here and this NBA Wednesday (Thursday AEST) brings a monster 10 game slate to attack. To go along with a monster slate are monster daily fantasy contests:

So we have woken up to all 10 games with totals with Denver at Washington the highest at 232.5. For a detailed breakdown of all the key lineup news and the fantasy impact see below, but for now let's check out the top matchups by pace.  As we know now, faster pace means more stats means more fantasy.

The fastest projected matchup on the slate is Houston at Philadelphia. Both sides are top 8 in pace, but beware as both sides are also top 7 in defensive efficiency. Neither side has conceded a high level of fantasy points this year, which means a fade of the matchup might be in order despite the expected up-tempo pace.

The game I love the look of is Portland at New Orleans. Both teams have been defensively atrocious this season, ranked bottom 3 in defensive efficiency. This has resulted in the Pelicans giving up the 5th most fantasy points in the league, while the Trailblazers have given up the 11th most. This will be my game stack of the day and I expect it to have one of the bigger totals on the slate.

Denver was extremely short handed in today's matchup and his isn't expected to change on the second leg of a back to back. Monte Morris, PJ Dozier, Will Barton, Garry Harris and Paul Millsap are all unlikely to be in the lineup on this slate. This blows up Nikola Jokic’s usage even more, along with Jamal Murray who had 45 fantasy points today. Meanwhile Facundo Campazzo becomes the chalk play of the day again after pouring in 37 fantasy points at near the minimum on today's slate.

Blake Griffin will continue to sit out while the Pistons explore a trade. Saddiq Bey has been absolutely firing lately and played a massive 38 minute last game without Griffin in the lineup, returning 37 fantasy points.

Kawhi Leonard is questionable for the game against Utah. If Leonard joins George on the sidelines for this game it will open up significant usage for Patrick Beverley, while Lou Williams will continue to play big minutes and shoulder a huge amount of the offensive burden.

Mike Conley is questionable for the game against the Clippers. His absence will result in a boost of usage to Donovan Mitchell, while Joe Ingles will continue to start after posting 34 fantasy points from 33 minutes last game.

UPDATE AM: Kemba Walker, Al Horford, Ben Simmons, PJ Tucker, Victor Oladipo and Daniel Theis are OUT for this slate.

Luguentz Dort (DS $8,590, DK $5,600) has remained well underpriced given the current lineup for the Oklahoma Thunder. Over the past four games Dort has played just one of under 36 minutes and he is averaging over 30 points from his last three. During that span he has been getting up over 15 shots per game and continues to shoot over 40% from three. The upside to Dort comes in his defensive numbers with 5+ stocks (steals plus blocks) always on the cards every game out. To add more weight here, Al Horford has been ruled out.

Moritz Wagner (DS $7,060, DK $3,800) has always been a fantasy point per minute monster and that has not changed this season where he has averaged right on 1 point per minute. On this slate he should see expanded playing time as the starting center, in each of the last two games in this role he has played 22+ minutes and averaged 26+ fantasy points.

Ja Morant (DS $12,790, DK $7,400) looked to finally break out of the post injury malaise on today’s slate posting 46 fantasy points. Keep an eye on any news of minutes monitoring on a back-to-back, but I do like this matchup against the undermanned Oklahoma Thunder.

Jamal Murray (DS $12,290, DK $7,100) has been blazing the last couple of games as the Nuggets become more and more depleted by the day. Finally getting a usage bump it has resulted in an average of 40+ across the last 4 games. This matchup should be no different and going against Washington is one of the best matchups in the league for his position with Washington giving up the second most points in the league to point guards this season.

Domantas Sabonis (DS $16,850, DK $9,700) has been a total beast all season. The Pacers have slowed down recently, but Sabonis is still pouring in just under 50 fantasy points per game. On this slate he draws arguably the best matchup in the league for big men against Minnesota. The Timberwolves have given up the most points in the league to centers this season, the role in which Sabonis spends a significant position of time. Lock and load!

Bam Adebayo (DS $15,610, DK $8,600) will line up against the smallest team in the league right now on this slate. The Golden State Warriors have lost every legitimate center on their roster to injury right now, and while Draymond Green is a defensive force, he is still significantly undersized to deal with Adebayo who should dominate the glass against the Warriors. 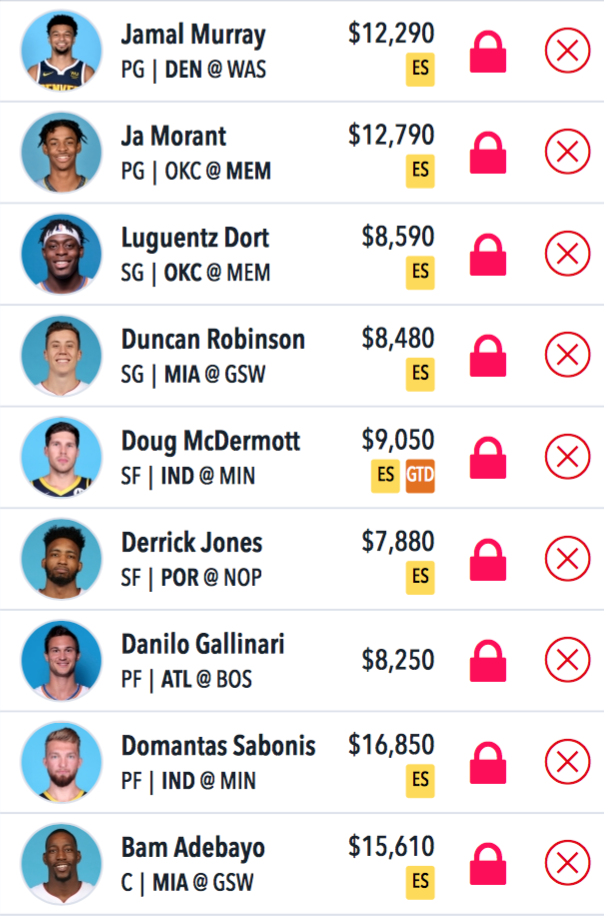