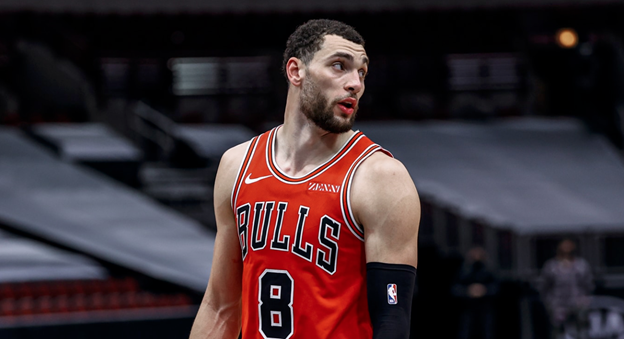 The biggest NBA day of the week is here, and this NBA Wednesday (Thursday AEDT) brings a monster 9 game slate to attack. As always there is a wide variety of massive daily fantasy contests on offer:

Plenty of news to work through on this slate with all games having a line set. As usual we break down all the major lineup impacts from a fantasy perspective below.

The top game on the slate is Golden State at Indiana with a total of 229.5. An added bonus is that Vegas expects this game to be close with a line of just 1.5 points. It is the second highest projected pace matchup on the slate with Indiana playing up in pace as the Warriors are the second fastest team in the league this season. They have been surprisingly solid defensively, however, ranked 4th in defensive efficiency and as a result have limited their fantasy points conceded to 12th highest (just higher than league average). The Pacers on the other hand sit around league average for pace, defense and fantasy points conceded.

A more attractive game to me is the second highest total between Minnesota and Chicago at 229.0 points. It is the highest projected paced game on the slate with both sides top 7 in pace this season, and top cap this off both sides are bottom ten in defensive efficiency. This is my game stack of the slate.

John Collins and Cam Reddish are likely to be out for the game against Boston. This should mean a continued boost in usage for Kevin Huerter, while Danillo Gallinari should see additional minutes without Collins in the lineup (although it did not help his score on today’s slate).

Gordon Hayward is now probable for the game against Phoenix. Miles Bridges will likely start in Haywards place if Hayward does become doutbful for this game, or if he doesn’t will still receive a boost in playing time off the bench. In terms of usage, it will provide a boost to both LaMelo Ball and Terry Rozier (who has been on an absolute tear in recent games).

Delon Wright will be out for the Pistons. This has led to Dennis Smith Jr starting at point guard but playing less than 20 minutes as Saben Lee has been picking up all the playing time off the bench. In the last two games Lee has posted 30+ fantasy points from an average of 31 minutes.

The San Antonio Spurs will be very short handed on this slate with Demar Derozan, Derrick White, Rudy Gay, Keldon Johnson and Devin Vassell all out, and Lamarcus Aldridge questionable. Recent Spurs games have been postponed due to the lineup so heavily impacted so monitor the situation as the slate approaches. If the game proceeds, Dejounte Murray will have all the usage he can handle and he has shown a low floor but huge ceiling this season with two games of 55 plus in his last four, but also a game of 14.5. Lonnie Walker and Patty Mills would be two very obvious value options.

Kemba Walker is sitting out today against Hawks. With a high total from Vegas, players such as Jayson Tatum and Jaylen Brown are in an ideal spot to get a boost in usage.

In addition to the possible value plays identified based on the lineup/injury news above (note Saben Lee, mentioned above, is a lock):

There is value everywhere on this slate and these two Rockets are still way underpriced on Draftstars. Keep an eye on the lineups as the status of Victor Oladipo and Eric Gordon will be all important. But if they both don’t play or one doesn't, these two are in play. House is posted 29+ in two of his last three games (and probably brings a safer floor as a starter), while Nwaba has the higher ceiling (as seen by posting two 40+ point games from his last three).

Isaac Okoro (DS $7,530, DK $4,600) has been seeing a boost in opportunity offensively over the past three games averaging just over 9 shot attempts and returning around 25 fantasy points per game. He is locked into major minutes averaging over 33 per game on the season, so if you need a last value spot that will get an opportunity, he is always an option.

Bojan Bogdanovic (DS $8,970, DK $5,100) will be a unique play but he does offer a GPP winning ceiling, especially at his Draftstars price point. Two games ago he went for 31 fantasy points and also has a top score of 37 from his last 10 games. He continues to get up over 10 shots per game this season, however his three point shooting has been at just 25% over the past 5 games, which means we should be due to regression upwards.

Darius Bazley (DS $9,230, DK $5,600) has been a favourite of mine for GPPS this season. He will be low owned in this mid-range price point on a large slate and he brings a ceiling of 40+ with him (as we have already seen multiple times this year). I love the matchup against a depleted Spurs lineup that will struggle to defend.

Zach LaVine (DS $17,420, DK $9,600) has long been a GPP special of mine due to his streaky shooting ability. That said, he is no longer a secret and you have to pay a high premium for his services this year. He still offers 60+ point upside if he can knock down three pointers and on this slate, he draws one of the top matchups in the league in what is expected to be the fastest paced game of the day. The Timberwolves have given up the 4th most fantasy points in the league this season. I don’t mind running Karl Anthony Towns back the other way in a game stack on this slate if you can find the value (which it is looking like something that won’t be too hard given the lineup news).

Jerami Grant (DS $14,630, DK $7,600) The only thing easier than targeting the Pelicans right now is probably targeting Brooklyn. New Orleans have the 28th ranked defensive efficiency in the league this season and have given up the 7th most fantasy points (higher if you look at recent games). Grant will get all the shots he wants in this matchup and there will be no one on the opposite side that can limit him. His ceiling has pushed 55+ this year and this is the type of matchup that could produce one of those slate breaking games. 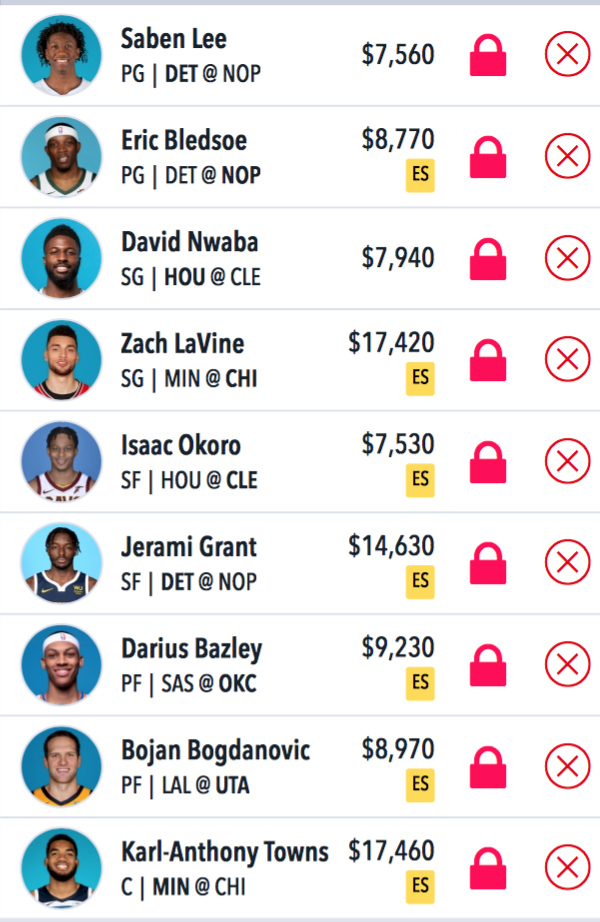