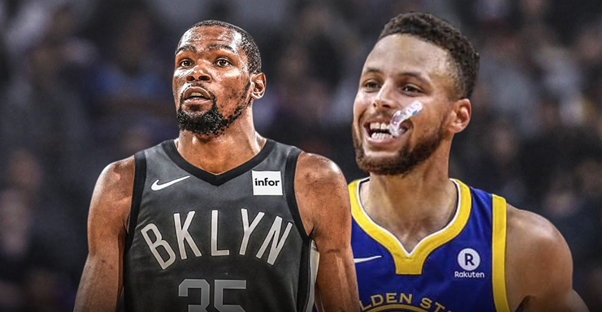 Welcome back basketball lovers! Opening night of the 2020-21 NBA Season is already here and the first NBA Tuesday (Wednesday AEDT) slate gives us a massive double header to attack. As always with the NBA we have a number of huge DFS tournaments to choose from:

There are two blockbuster games on this slate as Kevin Durant returns from injury to play his former side the Golden State Warriors in the first matchup, and the two teams from Los Angeles collide for the nightcap.

Golden State @ Brooklyn is the juicier game to target with a massive 229 point total and a projected pace at just under 8 more possessions (per 100). Both sides were top 10 in the preseason in pace, with the Warriors playing a particularly higher pace than they have in recent seasons. The Warriors and Nets also project to be worse defensive teams than both LA sides, particularly the Lakers who were as good as there was in the league on that side of the ball during their championship season.

As always with the NBA keep an eye on the lineups as tipoff draws near as starting lineup news can impact the slate. There could be a few surprises on opening night.

Kennard will not have the same number of minutes he saw last year at the Pistons, but you can expect him to take a significant role off the bench with the Clippers this season. If you had any doubt the fact that he just signed a $60+m contract should remove that. I expect him to play a major role on the reserve unit with 20+ minutes per game and taking a level of responsibility away from Lou Williams. He is a great spot up shooter, with capability to create out of the pick and roll. He averaged 28 fantasy points from 28 minutes per game last year (0.86 fantasy points per minute) and at the near minimum price makes for a great value play that may slip under the radar.

Paschall should benefit from the fact that Draymond Green will miss the start of the season by taking the starting power forward position. Last season he averaged 24 fantasy points from 27 minutes (0.88 fantasy points per minute) and should be well placed to get around 25 minutes in this matchup. At minimum price he should garner a lot of interest in the top pace game of the slate, so if you are looking for a bit of a contrarian value alternative Marquese Chriss has been filling up the box scores during the preseason.

I expect the Lakers to rely heavily on their new recruits to get them through the bulk of the season and help limit Lebron James and Anthony Davis minutes. Harrell showed in recent years that he is an elite player with the second unit who can rack up points and rebounds in a very short period of time (1.15 fantasy points per minute last season). Marc Gasol will likely start at centre, but he will be unlikely to play over 20 minutes as Harrell does the bulk of the heavy lifting throughout the game. If he gets 25 minutes, he is too cheap (this is without the revenge narrative of Harrell playing against his old team).

Without Klay Thompson and Draymond Green lining up for the Warriors a huge burden of the offensive responsibilities will fall to Andrew Wiggins (behind Curry). Kerr has already named the fact that Curry and Wiggins will have their minutes staggered to a degree in order to allow Wiggins to run second units. He got up 15 shots in the last preseason game and being used as a playmaker should help boost his peripheral stats as well. As we noted above this will be the fastest of the two games, which will suit Wiggins style of play.

Durant looked to have lost nothing through the preseason after a year off with an Achilles injury. If that is the case, he is absolutely too cheap on Draftstars. In his last full season with the Warriors, he put up 26 points, 6 rebounds and 6 assists. This was while sharing usage with Steph Curry, Klay Thompson and Draymond Green. On the Nets he will once again be the clear number one option and this game should bring that additional edge going against his old side.

Curry will take on the total responsibility of the Warriors season this year with Klay Thompson out with an Achilles injury. Without Klay on the court Curry has a usage rate of just over 29% throughout his career, and in this game, there will be no Draymond Green to soak up some ball handling responsibilities. The game is forecast to be high scoring and up tempo, with the Warriors playing at a faster pace than past seasons and looking to get up more three pointers. All these indicators point to a huge statistical season for Curry and I love his price on opening night. 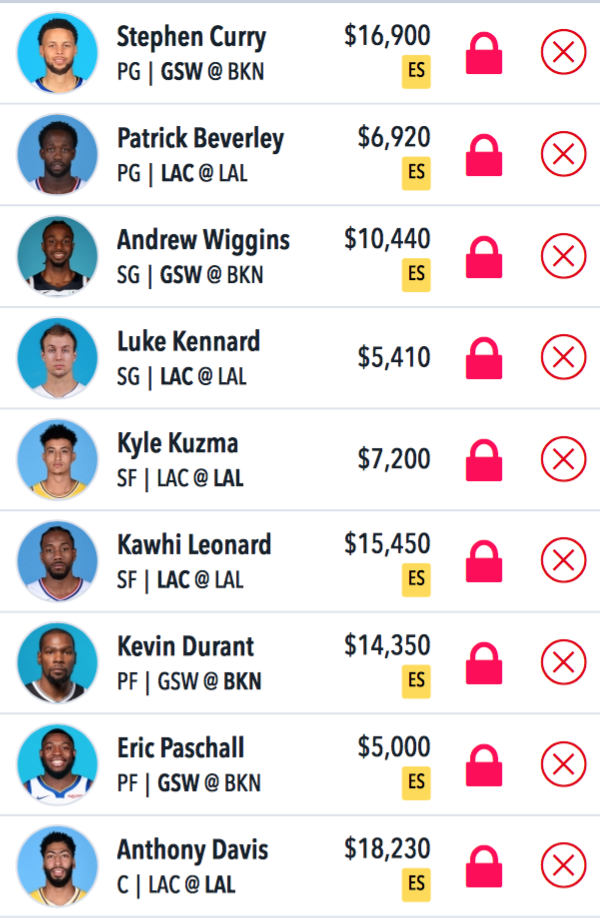