NBA Monday (Tuesday AEST) brings perfect 7 game slate for us to attack this week! The usual major DFS tournaments are on offer:

Both targets went off on Saturday! Over $87k on Moneyball and nearly $25k on Draftstars! Read up about the winners with our recap article.

Today’s slate is headlined by a massive 238 point game total in the LA showdown between the Clippers and the Lakers. This game also features a line of just 4 points indicating it should remain close throughout as both teams make their playoff push. It is likely to be the most popular game on the slate as the other matchups on the slate with 230+ point totals bring significant blowout risk.

There are two games that are yet to have game totals and lines set as we awaiting injury news. We breakdown the impact of injury news below.

The New York Knicks have the pace up matchup on the slate going against the Sacramento Kings who have played at the fastest pace in the league this season. The risk here is the 11 point line as the Kings continue to chase a playoff berth while the Knicks continue their pursuit of Zion.

The Los Angeles Lakers hold the biggest differential between their implied total on this slate compared to their season average at +7.4 points making them an attractive target as mentioned above.

The sneaky team to target is the Dallas Mavericks with Brooklyn playing at the 5th fastest pace in the league over the last 15 games.

John Collins has missed the last two games with an illness and is uncertain for this slate. Taurean Prince missed the last game and is expected to miss the game on this slate. In the Hawks most recent game with Spellman also out the Hawks started both Alex Len (DS $8,940, DK $4,000) and Dewayne Dedmon (DS $13,300, DK $6,400) who returned 48.75 and 34.5 fantasy points respectively.

Goran Dragic and Hassan Whiteside are both questionable for the game on this slate. Bam Adebayo (DS $9,630, DK $5,600) has started at centre in the games that Whiteside has missed this season and averaged a massive +13.6 fantasy points from 9 extra minutes of playing time. 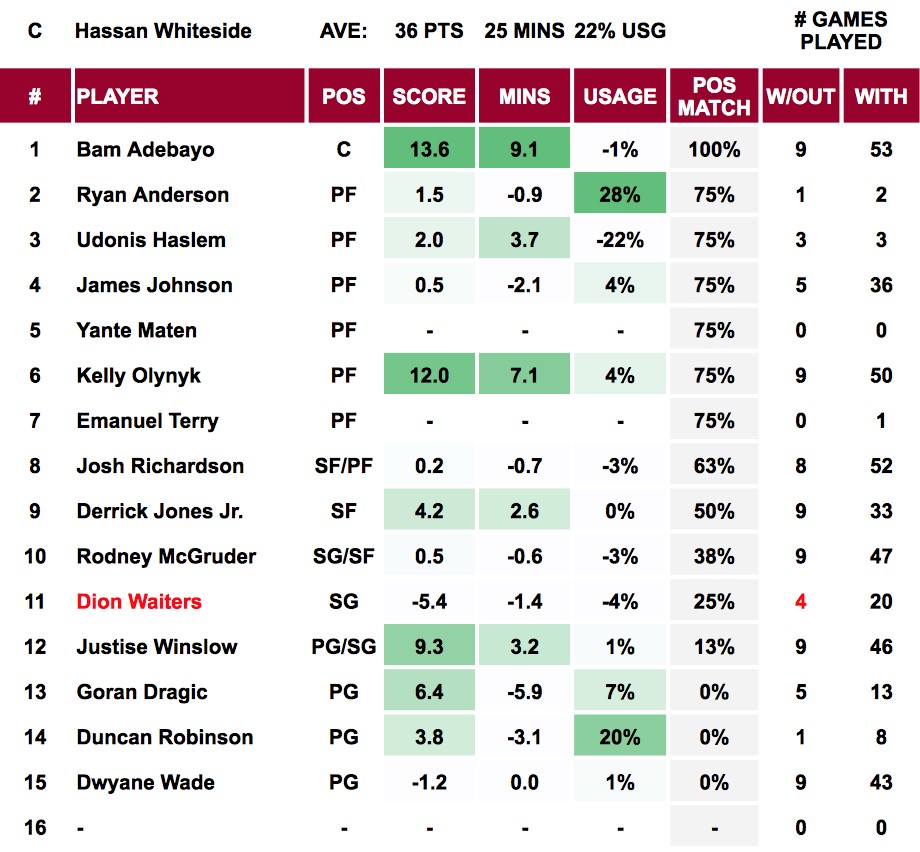 Anthony Davis is questionable for the game on this slate. In the games Davis has missed this season Jahlil Okafor (DS $5,580, DK $3,400) has been the biggest beneficiary according to our player out tool, however it is worth noting that his minutes have declined significantly lately in favour of Cheick Diallo (DS $11,040, DK $4,100). 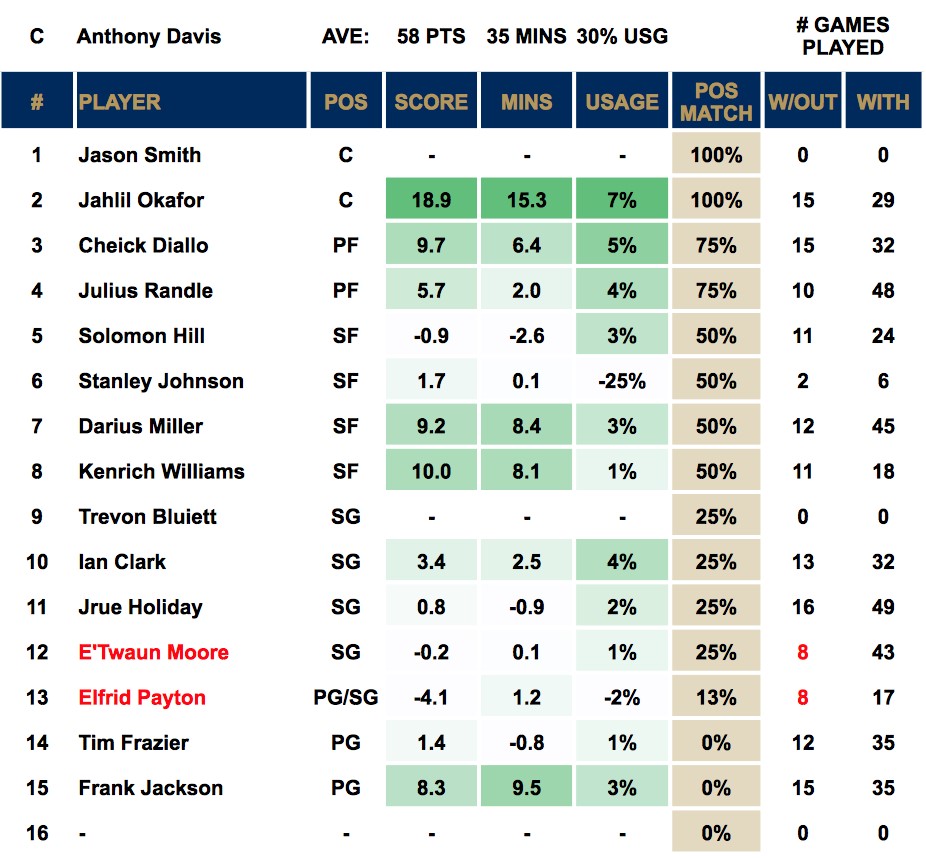 Noah Vonleh (DS $8,750, DK $4,200) has returned to life recently with his minutes returning to the mid 20s. This has to be a GPP play only as you take your life into your own hands with Fizdale’s rotations, however at this price he is just far too cheap and has flashed close to 40 point upside with a 39.5 and a 32 in his last two games.

Derrick White (DS $10,390, DK $4,900) price refuses to rise despite back to back 35 point games. On this slate the matchup is tougher against Denver, however he is still too cheap for someone who will play 30 minutes per game and has averaged 0.89 fantasy points per minute. Great cash game value play!

Landry Shamet (DS $7,740, DK $4,000) has been unleashed at the Clippers and his price is yet to really respond. He has averaged over 30 fantasy points from his last two games and is playing a shade under 30 minutes per game over his last 6. On this slate he draws the Lakers who have given up the second most points in the league to shooting guards this season.

Bogdan Bogdanovic (DS $11,570, DK $5,600) has seen a significant minutes boost recently after moving back into the starting lineup and with the injury to Marvin Bagley. In the last two games he has played an average of 39 minutes returning 58 and 21.5 points respectively. At that level of workload he is far too cheap and has shown his upside is up in the high 50s, which is perfect for GPPs.

Lebron James (DS $22,040, DK $11,200) might not have the most supportive body language towards his team mates when playoff mode is activated but it certainly reaps benefits for fantasy points. In the last five games James has gone under 60 points just once with a 58.25. He is the safest premium play there is at the moment and on this slate he is in the highest game total against the Clippers who have given up the most points in the league to power forwards over the last 10 games.

Luka Doncic (DS $16,500, DK $9,100) has cooled off recently but on this slate he faces an uptempo matchup against Brooklyn who have been playing at a top 5 pace in the league recently. This is an opportunity to pick Luka up at lowish ownership in GPPs in matchup he could have a serious bounceback game.