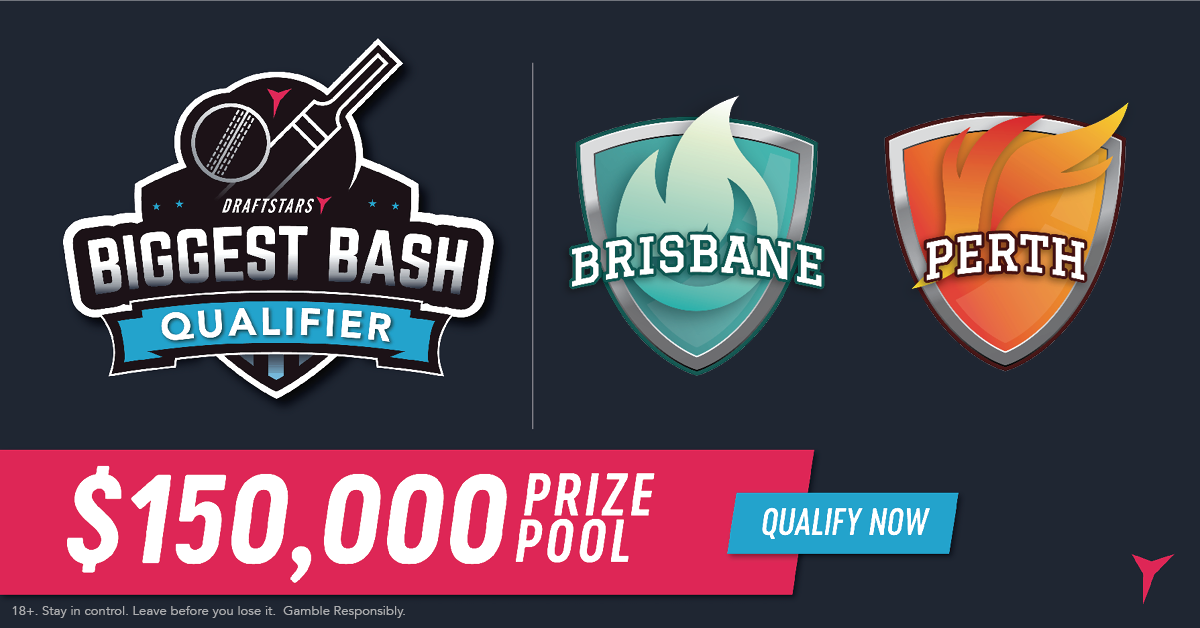 Friday night action in BBL08 sees the Brisbane Heat host the Perth Scorchers at The Gabba. The Heat are coming off a thrashing at the hands of the Hurricanes in Hobart on Tuesday which saw them slump to 3-7-1 and put an end to their finals chances. The Scorchers are also out of finals contention after a horrible 78 run loss to the Renegades in Perth on Monday night left them sitting at the bottom of the table at 3-8.

The Heat have brought Sam Heazlett back into the squad after a good run of form in the Futures League T20 series, replacing leg-spinner Mitchell Swepson. The Scorchers have brought back Josh Inglis and all-rounder Clint Hinchliffe to replace Nathan Coulter-Nile, who has hamstring soreness, and Michael Klinger. You can read more about the players in our pre-season squad profiles on the Brisbane Heat and the Perth Scorchers.

The Gabba is an extremely high scoring venue with an average first innings score of over 180 over the past three seasons. Batters generally have a fun time on what is usually a fast, true deck and with an average run rate of over 9 runs per over it can be hard for bowlers to earn the economy rate bonus on Draftstars. In the first game of the season the Heat struggled their way to 146 before the Strikers picked them up pretty easily with 5 wickets to spare. Following that, the Heat again struggled batting first, scoring 144, before the Renegades cruised to victory for the loss of two wickets.

Just when you thought the scores might be lower at the Gabba this season, the Thunder piled on 186 last time before the lights went out to save the Heat who were 2/10 in reply. The ground has provided the second highest amount of fantasy points to batsmen in the past two seasons, while being on the lower side of fantasy points scored by bowlers so consider that when building your lineups.

The last time these two teams played the Brisbane Heat scored their first win of the season over in Perth. Mujeeb Ur Rahman starred taking 2/10 off his 4 overs while Ashton Turner top scored for the match with 47 off 30 balls. 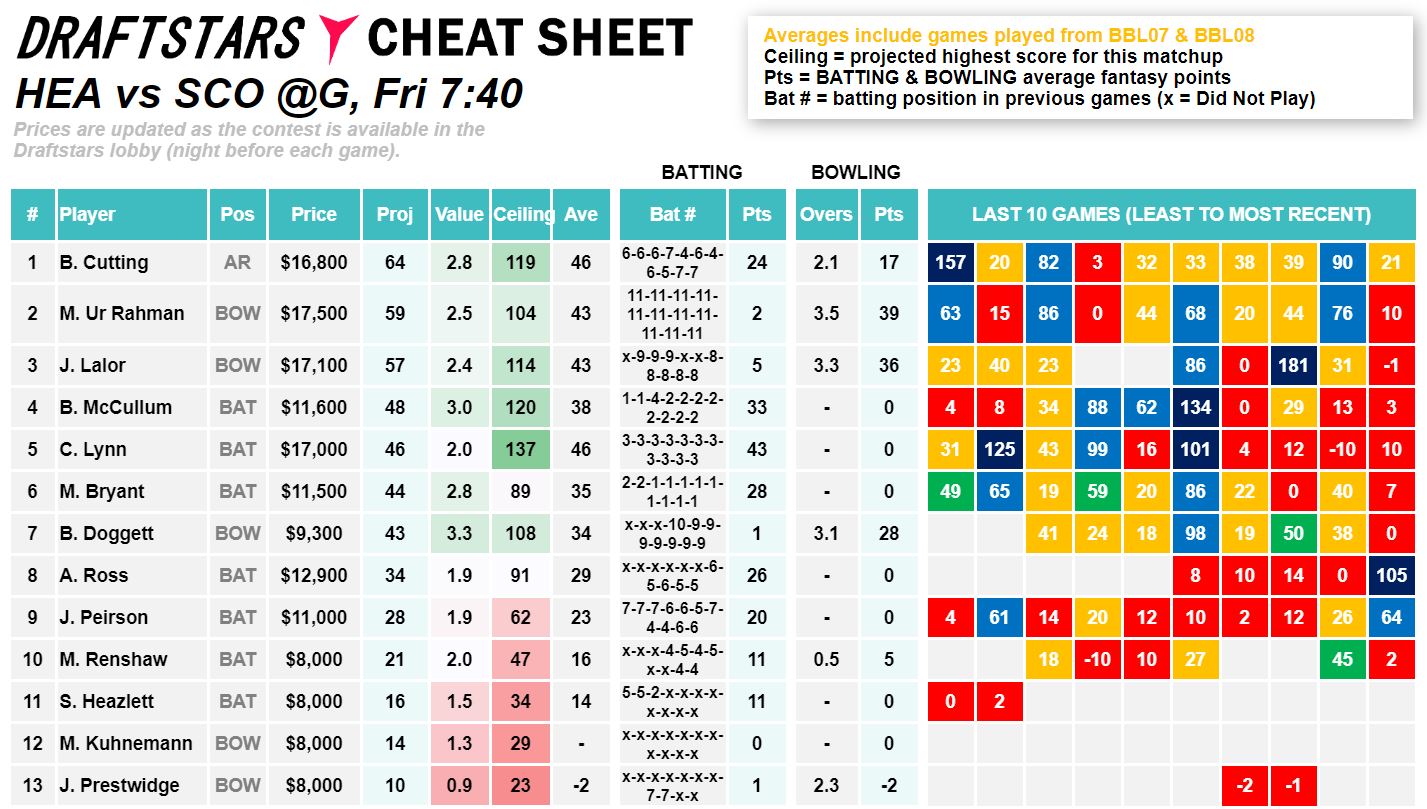 Chris Lynn ($17,000) has missed out a few times now but he should appreciate getting back to the Gabba. He hasn’t been alone with his fellow Bash Brothers all going through a lean trot but Perth has a pace-oriented attack which he is always a chance to take apart. His ceiling is undeniable so keep the faith on that basis.

The bowling for the Heat has been quite limited of late so you may want to stick to the top of the Scorchers lineup. Shaun Marsh ($21,500) flashed his big ceiling in his first game back for the Scorchers while Cameron Bancroft ($13,200) is just as capable of knocking up a big score. They won’t get a better opportunity to dominate an innings than this, with the Heat allowing the most fantasy points to batsmen in BBL08

Those looking for a cheaper option with the bat may look to give Matt Renshaw ($8,000) another chance despite his failure in Hobart. He looks to have secured that bowling role early in the innings and should maintain his spot at no. 4. That is simply too much opportunity to be offered at this salary so while he is yet to make a big score, the potential is there to over perform at this price.

He may not get you any points with the ball given his little form and opportunity at the bowling crease, but Mitchell Marsh ($13,500) has the all-rounder status which allows you to play an extra batsmen in your lineups. He looked alright against the Thunder before missing out last game against the Renegades, but he won’t get a better opportunity than this to make a score. The all-rounder options are limited in this game so if you want to load your lineup with batsmen, Marsh looks your best option.

Mujeeb Ur Rahman ($17,500) struggled against the Hurricanes but plenty of bowlers have this season so he will appreciate coming home to play the Scorchers, who have allowed the third most fantasy points to bowlers in BBL08. He had them bamboozled last time they played with 2/10 off his 4 overs and his upside is sufficient with four scores over 60 in his past ten. He looks the best of a plain group of Heat bowlers.

The Scorchers bowling attack hasn’t been as scary nor successful as they have in recent seasons so it may be wise to target their death bowlers against a potentially devastating Heat top order. Andrew Tye ($17,300) hasn’t been as impressive this season as in the past but his recent form is good and he has the variation which may be required on a generally flat batting deck. Expect him to bowl a lot of overs at the end of the innings which should boost his wicket taking chances.