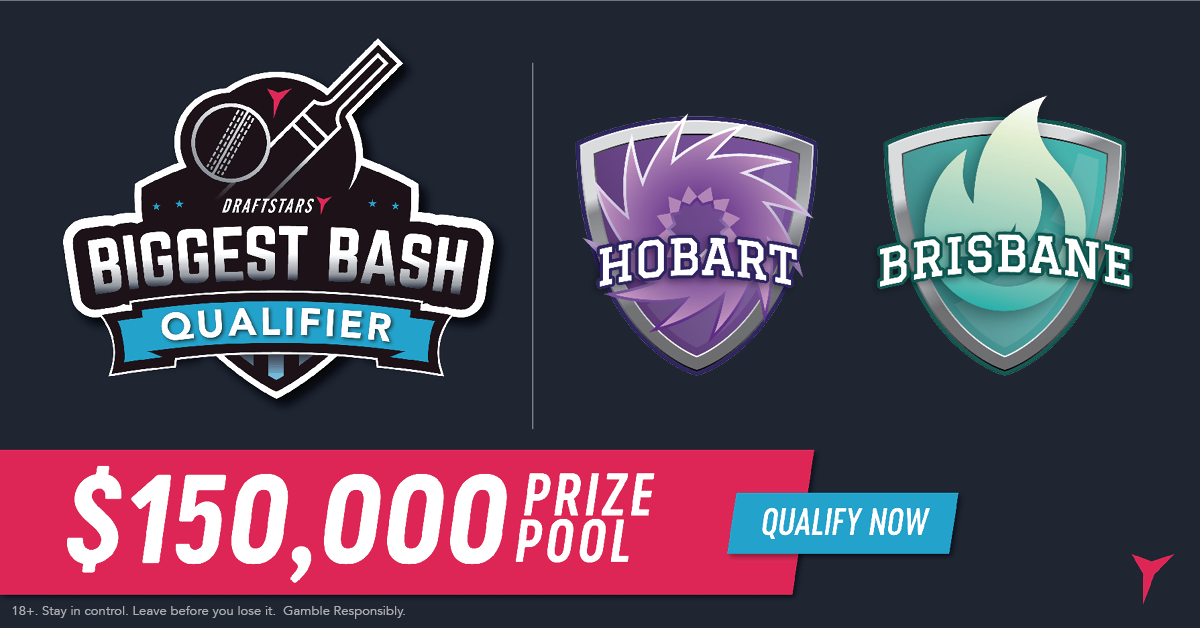 The Hobart Hurricanes return home on Tuesday in BBL08 action to host the Brisbane Heat at Blundstone Arena. The Hurricanes lost by 9 wickets in Sydney to the Sixers last game despite seeing a competitive total of 172 but still sit two games clear on top of the ladder with a game in hand. The Heat fell five runs short in their run chase on Sunday night against the Stars and would need a miracle to make the finals from here.

The Hurricanes welcome young spinner Jarrod Freeman into the squad to replace the retired Johan Botha. The Heat remain unchanged from their squad that lost to the Stars. For more information you can check out our pre-season squad profiles on the Hobart Hurricanes and the Brisbane Heat.

Blundstone Arena provides some interesting stats in past seasons, with the highest boundary percentage across all venues but only average scoring numbers overall. Teams batting second have produced considerably higher batting figures, with an average scoring rate in excess of 0.7 runs per over higher. Whatever the reason for this, it may be worth keeping in mind when building lineups. The Hurricanes have successfully chased in all three games here this season which reinforces that theory. 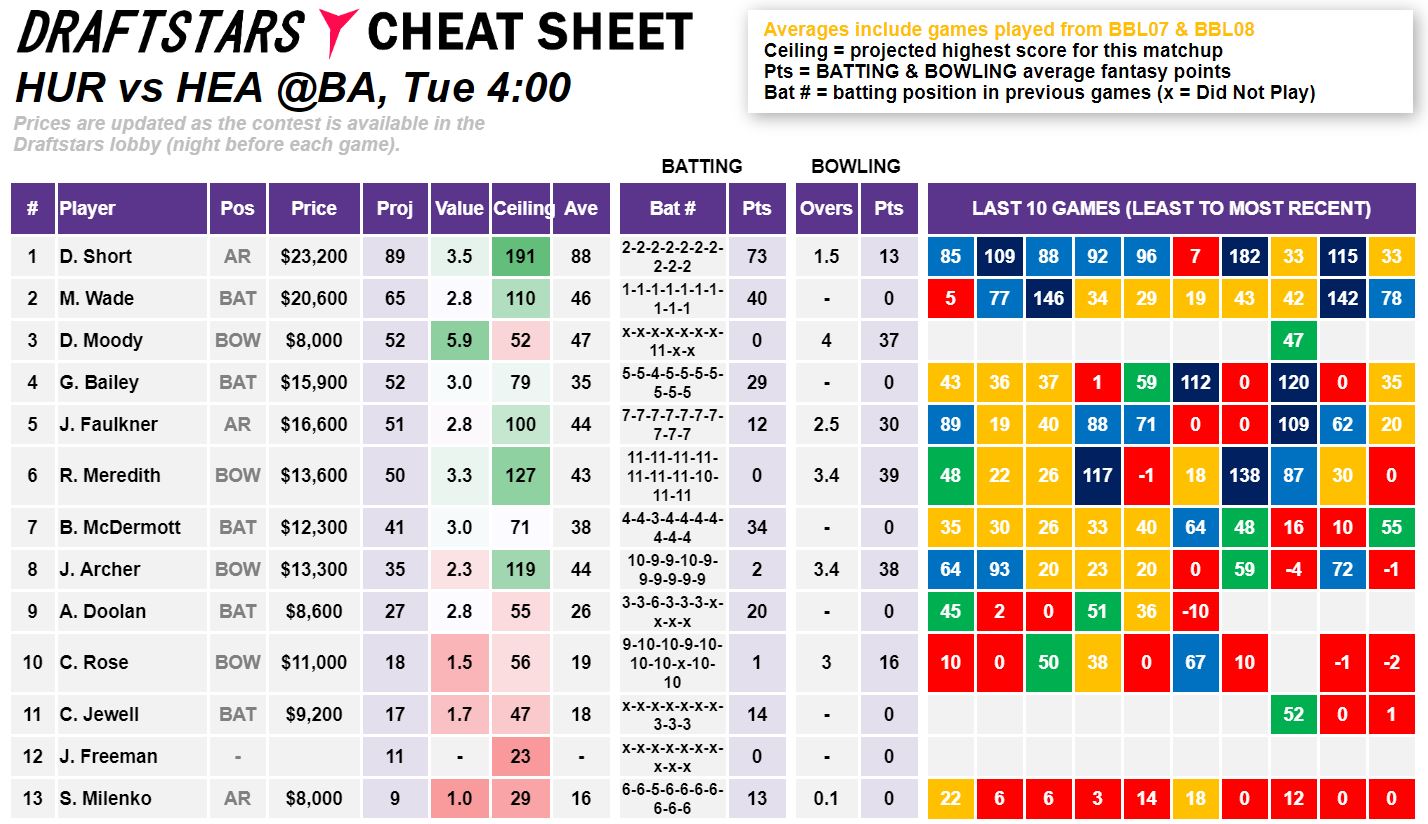 D’arcy Short ($23,200) missed out against the Sixers last game but that just gives you some salary cap relief to bring him in this game. He is the leading run scorer in the competition and has an incredibly high ceiling thanks to his improved form with the ball. With the loss of Botha he may take on further responsibility with the ball and the Heat is the easiest team to score against in BBL08. A great option to return to his best.

All of the Heat batsmen are priced down which gives you a great opportunity to play Chris Lynn ($17,400) at a very reasonable salary. Blundstone Arena has been very friendly to the batsmen this season with the ball coming onto the bat nicely and that should suit Lynn down to the ground. With the Hurricanes lacking a genuine strike slow bowler, Lynn may well feast on the quicker men and be the highest scorer in the match.

We continue to recommend Ben McDermott ($12,300) as he stands out as obvious value given his role in the side. He finished nicely against the Sixers with 41 off 31 balls including two 6s, with his score of 55 more than acceptable at this salary. His power hitting at the end means a quick 30 can return value at this price but be careful playing him in lineups with the Hurricanes openers as they can reduce his time at the crease if they play big knocks.

Riley Meredith ($13,600) has been a revelation for the Hurricanes this season with many touting him for higher honours after a series of impressive displays. He has a genuinely high ceiling, highlighted by two games of 117 points or more, and his raw pace could be deadly against a brittle Heat middle order. He is still a bit inconsistent but has a stack of upside at this price if he gets it right.

Mujeeb Ur Rahman ($14,900) is a very consistent spinner who bowls early which is a formula that can tie down the Hurricane opening batsmen. He continues to take wickets and restrict runs which gives you two opportunities for fantasy points and has basically taken over as the leading bowler in the side. At this price he feels quite safe but be wary that the Hurricanes are the hardest team for bowlers to score fantasy points against this season, and by quite a margin.

Blundstone Arena has been hard work for the bowlers so you may be better served playing a cheaper bowler to spend up on batsmen. Clive Rose ($11,000) has had his challenges this season but is generally underowned and has been capable of chiming in with a wicket or a couple of tight overs. If the batsmen provide all the fantasy points, the roster flexibility Rose’s price provides may mean he is worth playing even if he can only chip in with a wicket or an economy bonus.