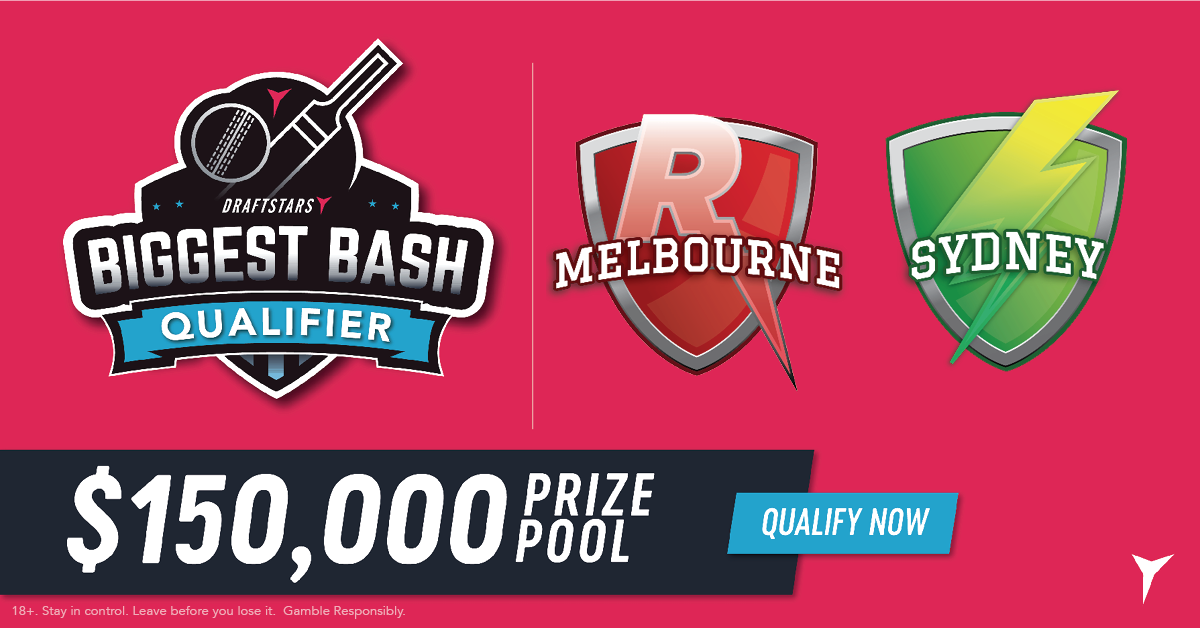 BBL08 action returns to Melbourne on Wednesday night with the Melbourne Renegades hosting the Sydney Thunder at Marvel Stadium. It is a quick turnaround for the Renegades after their devastating 78 run win in Perth over the Scorchers on Monday night which took them back to 2nd place on the ladder at 7-5. The Thunder also beat the Scorchers in Perth in their last outing and sit just outside the top 4 at 5-5-1.

When the two teams played just over a week ago, the Renegades set 152 at Spotless Stadium and the Thunder fell 12 short in reply despite having 5 wickets in hand at the completion of their 20 overs. Harry Gurney was player of the match for his 2/27, while Finch, Ferguson and Sangha all made half centuries and Sams and Sandhu took 3 wickets each.

The Renegades have brought back Jack Wildermuth and Jon Holland into their squad, replacing Cameron White and his dicky hamstring and Joe Mennie. The Thunder have recalled Jono Cook and Arjun Nair to replace the injured Matt Gilkes and Sam Rainbird, with youngster Baxter Holt set to make his debut behind the stumps. You can read more about the players in our pre-season squad profiles on the Melbourne Renegades and Sydney Thunder.

Marvel Stadium has been hard work for batsmen this season. The Renegades were able to chase down the Scorchers’ measly total of 103 with only 4 wickets in hand in the first game of the season, but were then restricted to 99 themselves when chasing the Sixers moderate total of 7/132 last game. Even the in-form top order of the Hurricanes battled here before a George Bailey masterclass got them to 145, which wasn’t enough as the Renegades got them in the last over four wickets down. Last time the Renegades were knocked over by the Stars for 121 to continue the poor run of scores on this ground, but the Stars picked them off thanks to an unbeaten 70 from man of the moment Marcus Stoinis.

Daniel Christian ($17,900) is priced up thanks to some death wickets when the match was all over against the Scorchers but can still deliver at this salary. The fact he took a few wickets with the ball augurs well for his bowling prospects in an even Renegades lineup and he has played some nice cameos with the bat here in the later overs. Rarely does he kill your lineup and he flashed his genuine three-figure upside last game. While wary he may be overowned off that big score last game, he still shapes as a worthwhile play – especially to balance a Thunder stack.

Sam Harper ($11,500) is very reasonably priced for a player batting at 3, keeping wicket and averaging 33 on the season. He scored a very useful 37 last time against the Scorchers but importantly has scored runs on this deck, including a couple of quick fire 30s earlier in the season which would return more than enough value at this salary. Add to that the flexibility he offers your lineups and he is a very solid batting option.

Playing some all-rounders is always a good option at Marvel Stadium and Daniel Sams ($13,900) looks well suited at this salary. His form has lightened off since his incredible start to the tournament but he still has four scores above 70 in his past ten. This pitch should suit his bowling and the propensity for wickets to fall should also result in genuine opportunity with the bat. That upside makes him an extremely valid play at this price.

Kane Richardson ($19,400) continued his excellent form in Perth, taking 1/6 off his 3 overs but also chipped in with three catches to boost his fantasy score. His performances at this ground have been sensational, taking multiple wickets in every game here this year, and he took 2 wickets when these teams clashed in Sydney. He is quite expensive now and can’t give you any points with the bat which makes him a risky play at this salary but that may result in lower ownership and if he were to take multiple wickets again he would be a worthy play at this price.

Harry Gurney ($12,500) has found his groove for the Renegades, earning the economy bonus in his last four matches. He was excellent against the Thunder when they last met, earning man of the match honours, and has a range of tricks to suit the tricky pitch here. Extremely well priced given his limited output last game so he is an easy player to find in your lineups.

Chris Green ($15,300) is a very reliable T20 cricketer and he looks another all-rounder suited by the Marvel Stadium pitch. While not a big wicket taker, he keeps things very tight so can cash in if the wickets come. A tough batting deck may also means greater opportunity with the bat and he is very capable of some lusty blows at the end of an innings, especially in a thin Thunder batting lineup. He may not have the ceiling of some of the others but he will rarely kill your lineup with a poor score.