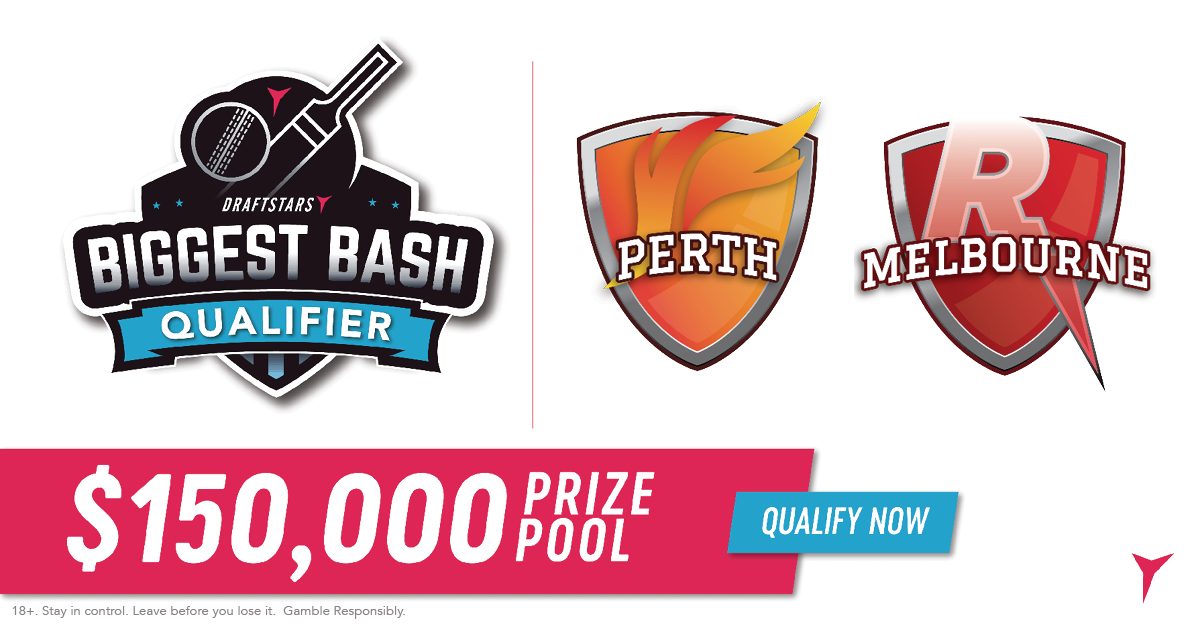 BBL08 heads back to Perth on Monday night where the Perth Scorchers will host the Melbourne Renegades at Optus Stadium. The Scorchers are basically out of finals contention now after losing to the Thunder on Thursday night to fall to 3-7, so their motivation levels will be open for interpretation with their season effectively over. The Renegades beat the Thunder two nights earlier in Sydney and sit inside the top 4 at 6-5 but still have work to do to lock in a finals berth.

The Scorchers will go in unchanged from their squad against the Thunder. The Renegades have elected to bring in paceman Joe Mennie to replace spinner John Holland. For further information on the players you can read our pre-season squad profiles on the Perth Scorchers and the Melbourne Renegades.

After a sticky start to the season, the Optus Stadium pitch has improved with every outing. The Scorchers were able to chase down 177 to beat the Sixers two games back and then the Hurricanes returned the favour to pick off the 177 from the Scorchers. On Thursday night the Thunder chased down the Scorchers’ 181 so any fears in playing batsmen should be gone by now. The pitch still looks to favour the fast men but there is enough there for the spinners to have an impact if good enough. 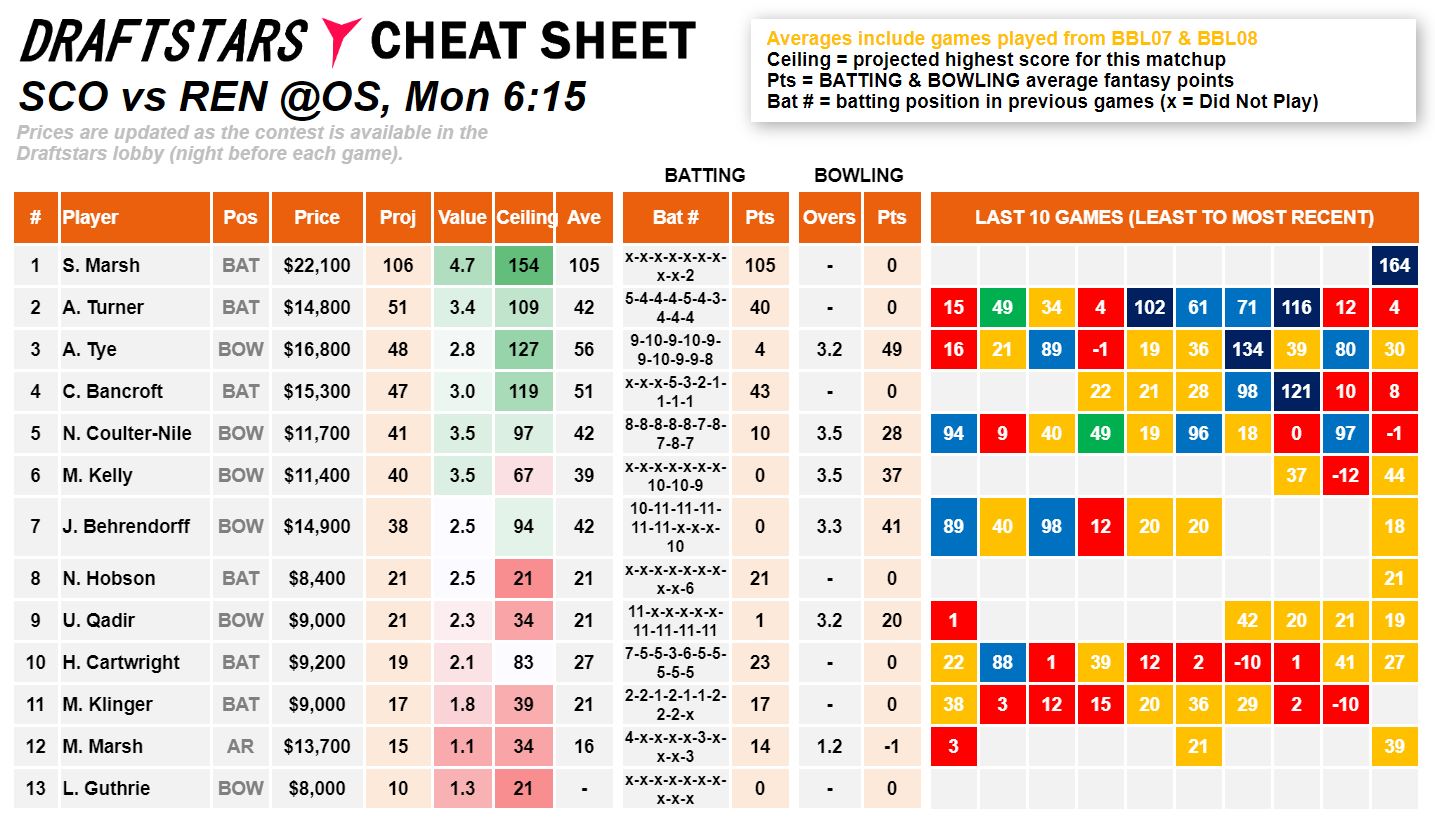 Shaun Marsh ($22,100) showed what a class player he is against the Thunder with 96 off just 55 balls. Even at this big price point a score like that is more than enough to put you in contention and with plenty of value options available in this match you should be able to fit him into a range of lineups. If he fails with the bat he is going to kill your lineup but if he gets going again it will be hard to win without him.

Staying with the class options at the top of the order, Aaron Finch ($17,700) is very reasonable priced given his return to form with 54 off 38 balls against the Thunder. With three high-scoring games at Optus Stadium recently, Finch’s upside looks good as he is clearly the pick of the Renegades batting attack and the fast deck should suit his love for the ball coming onto the bat.

In the search for value, Renegades wicket keeper Sam Harper ($10,500) is priced down after a couple of failures with the bat. He has scored 28 runs or more in 6 of his 11 games, attaining a strike rate bonus on four occasions, and in the game against the Scorchers earlier in the season he scored 36 off 25 balls on a tough batting deck. He looks to have locked down the number 3 position and a score of around 30 should be enough to return value at this price point.

Kane Richardson ($18,200) has had a superb BBL08, taking 18 wickets in 9 appearances so far. He should relish getting to Optus Stadium which has been friendly to the fast bowlers this season and he has the wicket-taking firepower to return value at this high salary. With a number of high-priced bowling options, these expensive quicks should be relatively low owned and landing on the right one will be key to building a winning lineup – with five scores of 80+ this year Richardson has obvious potential to be the one.

Jason Behrendorff ($14,900) started the season in blistering fashion but has been only serviceable across his past few games. He has only failed to take a wicket once all season and last game against the Thunder was the first time he hasn’t earned an economy bonus. For those reasons he is extremely consistent and quite a safe play at this salary but also has genuine upside if he finds the form he showed earlier in the season, including 2/24 against the Renegades at Marvel Stadium.

Nathan Coulter-Nile ($11,700) has plummeted in salary after a negative score against the Thunder. This looks an extreme overreaction given the upside he has flashed through this tournament, with three scores in the 90s despite getting extremely limited opportunity with the bat. Half of his fantasy scores this season have been 40 and above so he is very capable of returning value, especially against a side which has conceded the 2nd most points to bowlers in the competition.