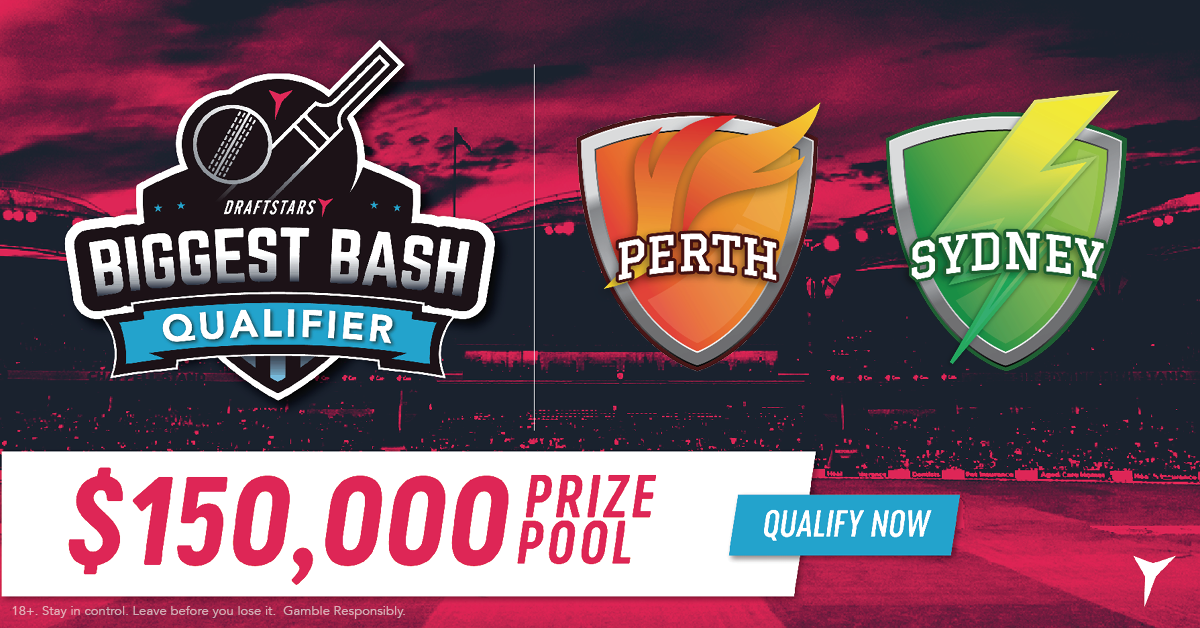 BBL08 heads out west for Thursday night with the Perth Scorchers hosting the Sydney Thunder at Optus Stadium. The Scorchers cannot afford to lose any more games with their 3-6 record leaving them at the bottom of the table after a heartbreaking loss to the Hurricanes on Monday night. The Thunder are also precariously placed at 4-5-1 after falling 12 runs short of the Renegades on Tuesday night.

Last time these two teams met the Thunder had control for most of the match at Spotless Stadium but a late Ashton Turner flurry saw the Scorchers fall an agonising one run short.

The Scorchers have called in the big guns with the Marsh brothers, Jason Behrendorff and Liam Guthrie into the side to replace Aaron Hardie, David Willey, Sam Whiteman and Will Bosisto. The Thunder have also made a few changes, with Nathan McAndrew, Matt Gilkes and 19yo keeper Baxter Holt coming in to replace Jay Lenton, Arjun Nair and Jono Cook. For more information on both squads you can check out our pre-season profiles on the Perth Scorchers and the Sydney Thunder.

After a sticky start to the season, the Optus Stadium pitch has improved with every outing. The Scorchers were able to chase down 177 to beat the Sixers two games back and then the Hurricanes returned the favour to pick off the 177 from the Scorchers last time. The pitch still looks to favour the fast men but there is enough there for the spinners to have an impact if good enough.

Our latest Biggest Bash qualifier interview is with Zac Oldenhof aka “Zjo777”, who had to win a head to head playoff after tying for first and is now leading a Launceston father/son combo into the big one!

Shaun Marsh ($21,000) returns from Australian duties and has been in good form in white ball cricket with a recent century against the Indians. He should find this much easier and the national reps have been dominating the competition on their return from higher honours so there is no reason he can’t do the same. At this price you may be able to get him at reasonable ownership and his best can still return upside at this salary.

Shane Watson ($16,500) missed out last game but that has seen his price reduce by a couple of thousand. When he gets going he is very hard to stop and no batsman on the Thunder side brings the same level of upside as he does. While the Scorchers attack can be hard to handle on their home ground, he is a class player who deserves plenty of exposure in your lineups.

Mitch Marsh ($13,500) is likely to play predominantly as a batsmen and while his recent form with the bat has been quite patchy, he is presented at an especially tasty salary here. At his best he is devastating in the later overs and at this salary he only requires a quick fire 30 or so to return value. Obviously his best can provide much more than that so you can trust his class at this price to provide flexibility with your lineup.

Jason Behrendorff ($16,800) returns from national duties to his favourite home deck. He averages a very solid 59 fantasy points per game this season with an impressive 8 wickets across his 6 games. Given he has earned the economy bonus in every single game he is attractively priced at a salary where he can hit 5-6x value with a couple of wickets.

Daniel Sams ($17,900) has been toiling away on the slower Spotless Stadium deck so may thrive getting onto a bouncier, pacier wicket. After a massive start to the season his form has flattened off to a degree but he still maintains a 66 point average and is getting plenty of opportunity with the bat as the Thunder elect to play fewer batsmen of late. With his ability to score in all categories he is a genuine option at this price.

For those looking for a cheaper option it may pay to keep the faith with Matt Kelly ($11,100). The Hurricanes have been the hardest opponent this season for bowlers so you can forgive his negative score last game and he highlighted his wicket taking ability with two against the Sixers. The Thunder may have to target him given the strength of the Scorchers attack and that can provide him with wicket taking opportunities at a low salary.