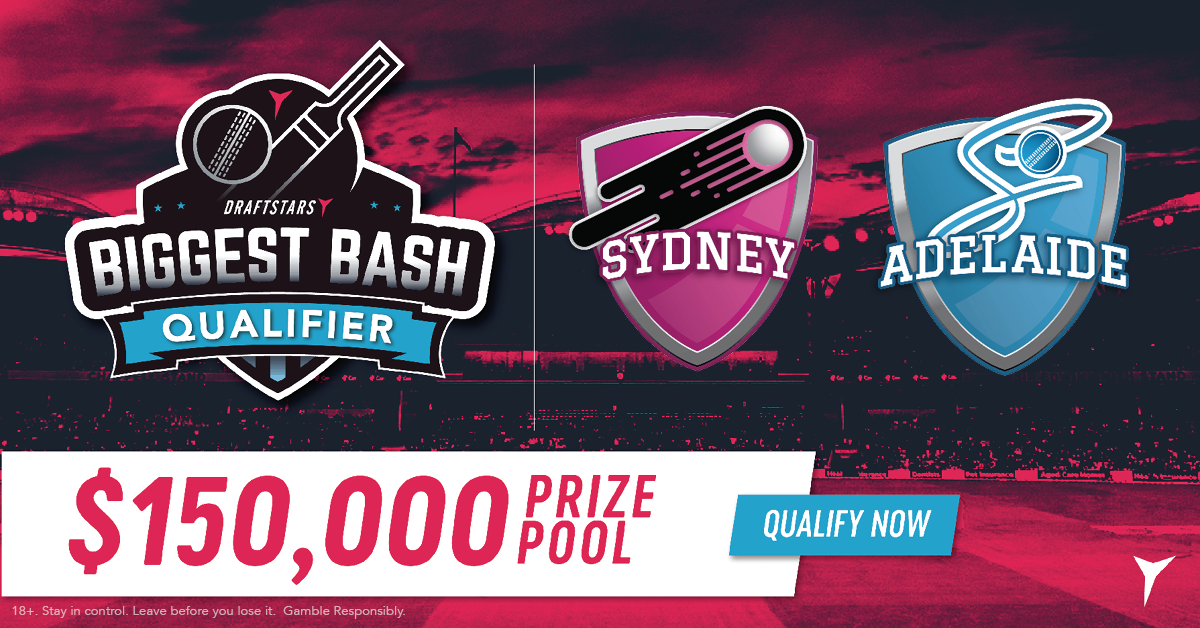 The second match of Tuesday’s BBL08 double header will see the Sydney Sixers host the Adelaide Strikers at the SCG. The Sixers scored a comprehensive win here last time over the Hobart Hurricanes, winning by 9 wickets to move to 6-5. The Strikers have been on a downhill slide and their latest loss to the Stars dropped them to 4-6 with a competition-worst net run rate so this match is do or die for them.

The Sixers remain unchanged from the squad that defeated the Hurricanes last week. The Strikers have regained Peter Siddle from Australian duties, and he replaces Wes Agar. For more information on the players, you can read our pre-season squad profiles on the Sydney Sixers and the Adelaide Strikers.

The Sydney Cricket Ground has traditionally been a bowler-friendly deck and this season has been no exception. The Sixers successfully defended 164 here against the Scorchers in their first game, but lost to the Stars when they could only manage 130 and then got cleaned up by the Renegades when they struggled their way to 115. Last Sunday night the Sixers scored an impressive 177 but the Heat had plenty of trouble on this deck, being bowled out for 98. The latest game here went against the trend, with the Hurricanes setting 172 but the Sixers got them easily, losing just the one wicket. Playing an extra bowler in your lineups has been a viable strategy but the latest results suggests the pitch may be improving and more of a balanced lineup can work. 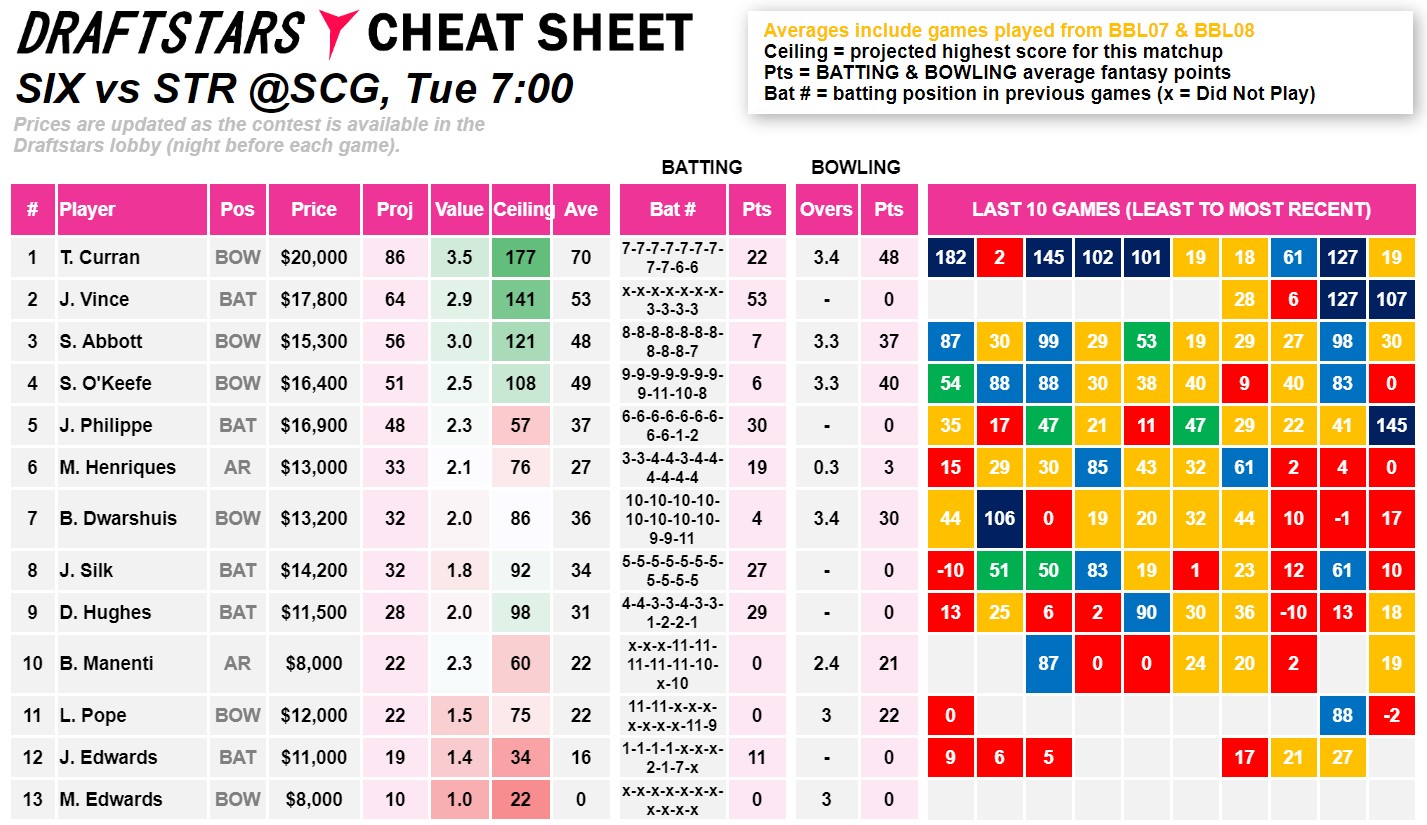 James Vince ($17,800) has been excellent since joining the Sixers as a replacement for Joe Denly, with 74 and 75 from his past two knocks. His high strike rate and ability to hit 6s provides further value to his innings and he has a proven history as a T20 batsman. For this reason we prefer him over Josh Philippe ($16,900) who has been promoted to the top of the order and had his coming out party last time, but is at barely a salary discount compared to Vince.

The batting has been a major problem for the Strikers this season. Jake Weatherald ($12,000) has failed multiple times of late after putting together some solid form through the middle of the season and may be available at lower ownership as a result. Another failure will likely kill your lineup but his best provides big upside at this salary so he is always worth rolling the dice on.

Moises Henriques ($13,000) has had a lean run of scores but his last start 0 can be forgiven as he wasn’t required to bat. If you are looking to get away from the high priced options at the top of the order then Henriques has showed he is capable of putting together a half century in the middle order which would find its way into the winning lineup at this salary. His bowling has been extremely limited but he may bob up for an over for a cheeky wicket or small economy bonus.

Rashid Khan ($22,300) getting onto a traditionally spin-friendly wicket? Yes please! The little master has been below his best in his past couple of games after an incredible run where you could just lock him in match after match, but this looks an ideal spot to return to his best. He took 2/25 against the Sixers when they played in Adelaide and looks a reasonably safe source of points.

Steve O’Keefe ($16,400) has been a very solid selection all season for the Sixers, especially when bowling on his home deck. Earlier this season he took 2/31 against the Strikers and given he has been held til later in the innings in recent times he may feast on what has been a plain Strikers middle to lower order. Always a leading option in this price range.

Sean Abbott ($15,300) may be an infuriating bowler for Sixers fans but there is no denying his ability to take wickets. He has taken at least one scalp in his last 8 matches and is a handy late over hitter if he gets the opportunity so he doesn’t often totally kill your lineup. He also has the upside required to play him at this salary with three of his last 10 scores reaching 87 and higher. A divisive figure but one that can win you a contest.