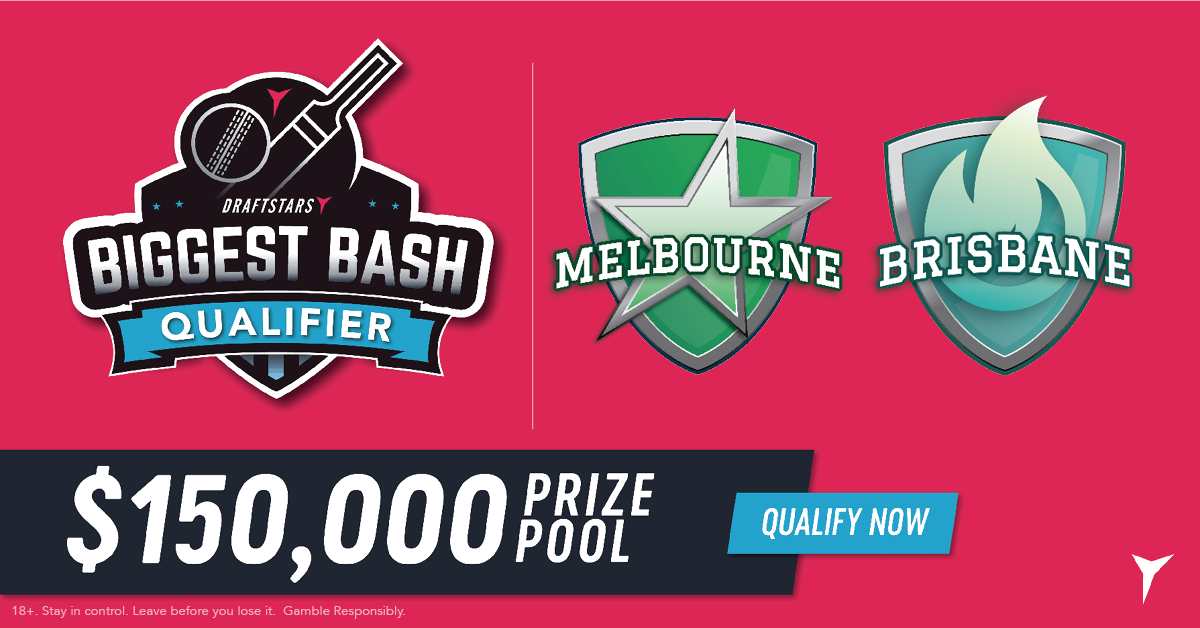 BBL08 returns after a brief hiatus with the Melbourne Stars hosting the Brisbane Heat at the MCG. The Stars have found form with the return of their Australian representatives and after defeating the Strikers last game in Moe they moved to 5-5. They can sneak into the top 4 with a win here. The Heat are in danger of missing the finals after their loss to the Sixers last time dropped them to 3-5-1. A loss here likely means an end to their finals chances.

The Stars have recalled paceman Dan Worrall after his recovery from a back injury, replacing Lance Morris. Matt Renshaw returns for the Heat, replacing Sam Heazlett. Read our squad profiles on the Melbourne Stars and the Brisbane Heat for further information on their players.

The Melbourne Cricket Ground has been quite bowler-friendly in recent seasons returning very similar numbers to the SCG with low boundary numbers, perhaps reflective of the long boundaries. Teams batting first have produced very low runs per wicket and runs per over numbers, and have only won 20% of complete matches as a result. The first couple of games followed this script with the chasing team victorious in defeating totals under 150, however last game the Hurricanes knocked up 185 which was far too many for an under-strength Stars team. 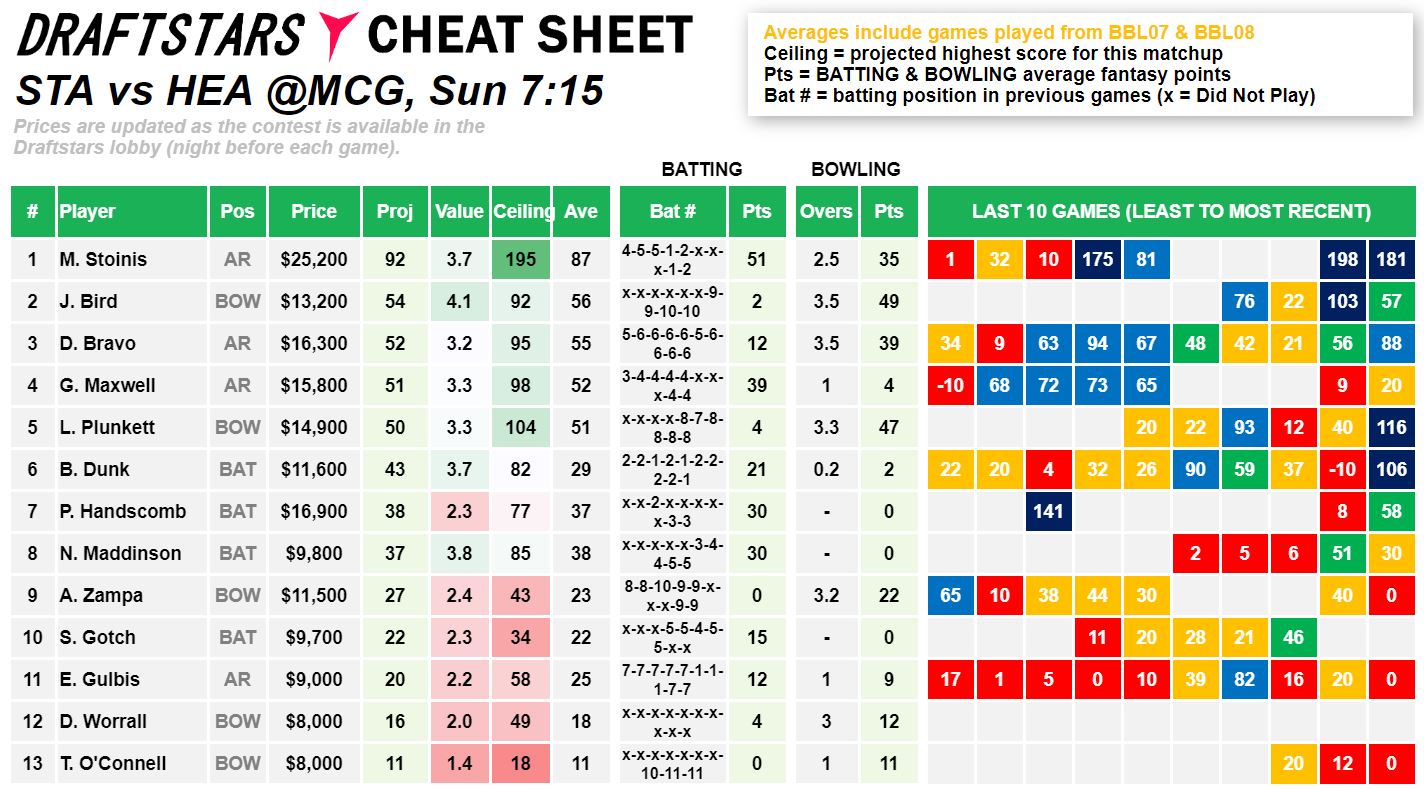 Marcus Stoinis ($25,200) has put together an insane run of form since he was injected at the top of the order earlier in the season, putting together a four game average of an incredible 158. While he is priced right up now, extraordinarily he still has genuine upside at this salary, highlighted by that massive 195 point ceiling. He offers genuine fantasy scoring firepower in all categories and is a hard player to fade, even at this price, for that reason.

Ben Dunk ($11,600) has had a lean couple of seasons but he has found form recently, scoring 59 or more fantasy points in three of his past five games. He always gets every opportunity at the top of the order and the Heat have proven one of the easier teams for batsmen to score against during BBL08. At this salary he gives you plenty of lineup flexibility and only needs 30 or so with the bat to return value.

The obvious batting plays for the Heat are the three key batsmen in Chris Lynn ($21,000), Brendon McCullum ($17,600) and Max Bryant ($13,800) but Jimmy Peirson ($8,000) is still worth rolling the dice on if he maintains his position batting at 4. While he has had a lean run of form he has made some reasonable cameos earlier in the season and has the added scoring potential in his role with the gloves. At minimum salary he opens up access to the big guns and can surprise with some quickfire runs with the bat.

Jackson Bird ($13,200) continues to perform well since being recalled to the side and his salary hasn’t caught up with his four game season average of 64. He is ranked as the best value play on our cheat sheets and his ability to both take wickets and restrict runs has made him a valuable option in winning lineups. He appeals as a very solid play once again.

Josh Lalor ($15,200) has been the ultimate feast or famine lately, with scores of 86 and 181 split by a zero against the Thunder in the abandoned match (which won’t show in official results but he went scoreless in the Thunder batting innings). You could argue his price tag is steep for a player with his history but he is getting a good mix of early and death overs which gives him great opportunity to take wickets. You can still ride his recent form at this salary as he has been the Heat’s best bowler since returning to the side.

Adam Zampa ($11,500) is a proven T20 bowler who represents Australia and seems underpriced here. He failed to score last game but had scored at least 30 fantasy points in five of his previous six matches so he seems a rather safe selection at this salary. The Heat batsmen can be vulnerable to a quality slower bowler and Zampa fits the bill.