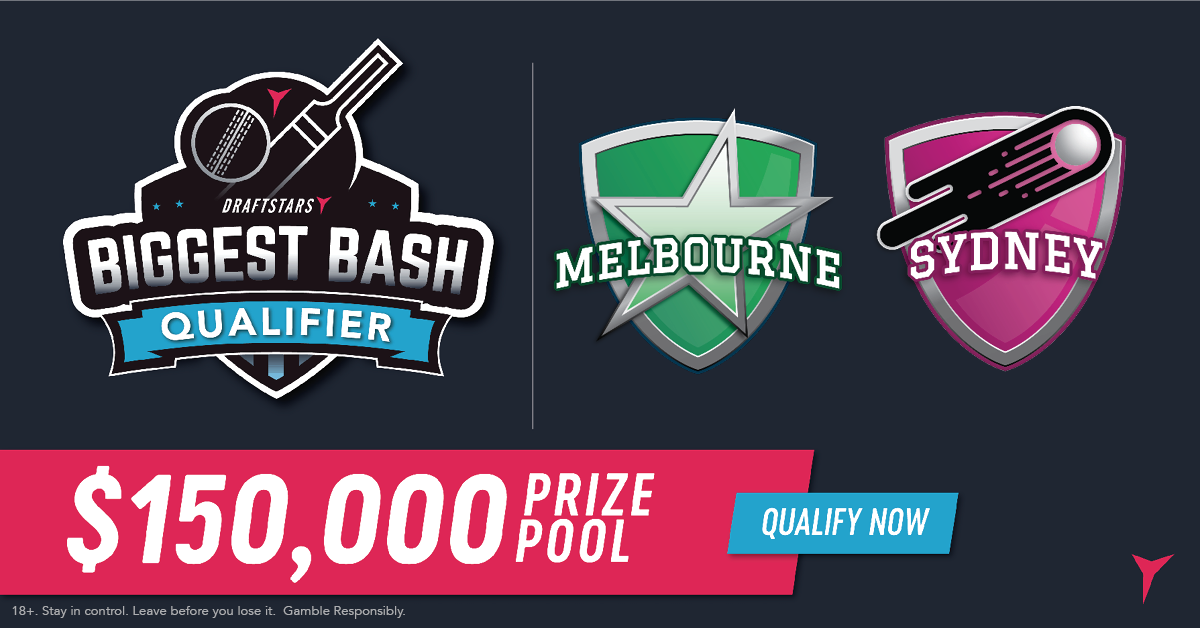 The final match of the BBL08 regular season is upon us with the Melbourne Stars hosting the Sydney Sixers at the MCG. This is a do or die clash for the Stars as a win will see them finish in 4th spot, while a loss will see them miss the finals after their annihilation at the hands of the Heat on Friday night. The Sixers are locked in to a home final unless their net run rate takes a big hit (a loss of 62 runs or 7.4 overs) so they still have a bit to play for.

The Stars remain unchanged from the squad that lost to the Heat, while the Sixers bring in Nathan Lyon for potentially his first game of the season. Last time these two teams played was early in the season and the Stars scored a comprehensive win at the SCG.

The MCG has generally been a lower scoring venue and teams batting last have a very good record in recent seasons. This is also reflected in the fantasy point output of matches here, with less points being scored at this ground than any other in the country. The spread is quite even between bat and ball but interestingly the Stars give up the least points to batsmen in the competition (stats from our BBL Resources Points Against page). 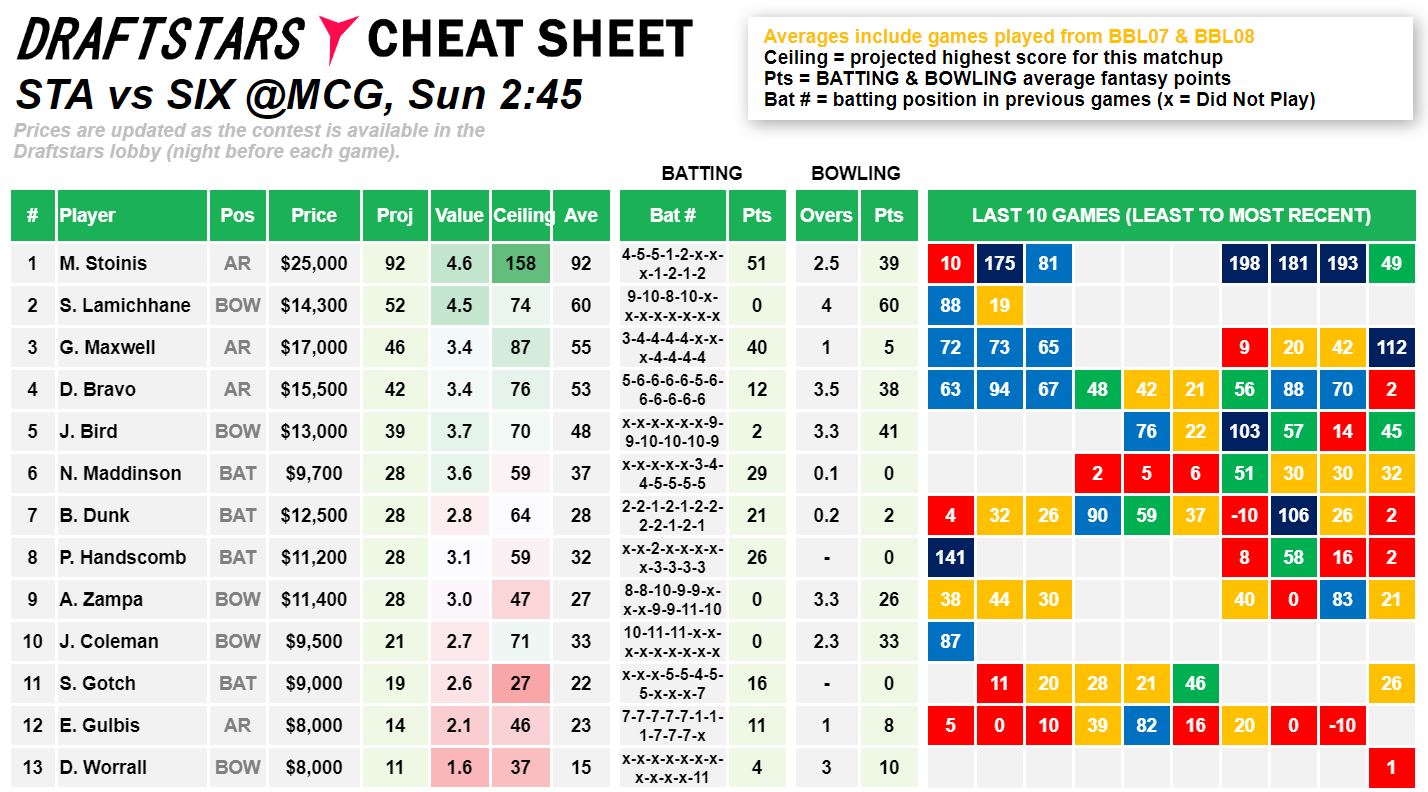 Marcus Stoinis ($25,000) continues to obliterate opposition attacks and stands out on many metrics in this match with the highest projection, ceiling and average. Of course he also brings the highest salary to boot but with his massive upside he can hit a value figure regularly and the raw points generally make him a must have in the winning lineup. The Sixers are quite miserly when it comes to allowing fantasy points but someone with Stoinis’ firepower can never be a bad play.

Peter Handscomb ($11,200) let us down again with a poor showing at the Gabba but that means his price is getting down to an extremely cheap level. His best knock for the season was against the Sixers when he bashed 70 off 35 balls so his best is clearly good enough. He must be testing the patience of DFS players – I know he is mine – so maybe we can roll the dice one more time as he might not be owned as much as he probably should be at this price.

Josh Philippe ($13,900) announced himself against the Hurricanes with a whirlwind 86 but has been dismissed cheaply in both innings since. This returns his price to an average level but expect him to remain at the top of the order and with his usual high strike rate he only needs to get to around 30 to return value at this salary. A risky proposition but one who can win you a contest if he gets going.

While he has become the GOAT Test off-spinner for Australia, don’t forget Nathan Lyon ($14,500) began his career as a T20 sensation in South Australia. Lyon hasn’t been seen this season for the Sixers but averaged 70 points last season and is a class bowler on an average salary. He looks the best value option of the bowlers by far.

Sandeep Lamichhane ($14,300) didn’t get a look with the ball until it was all over against the Heat but we benefit from a cheaper salary as a result. Lamichhane’s previous form earlier in the season was most consistent and he scores in both major bowling categories. He appeals as the best of the Stars’ bowling options.

He hasn’t been used in the past couple of matches but maybe after the embarrassment at the Gabba it is time for Jackson Coleman ($9,500) to return to the side. Interestingly his last game was back on 27th December against the Sixers where he took 3/18 off 3 overs to score 87 fantasy points. That was his only decent score in three matches this season so he brings plenty of risk, but at this price he provides a ton of upside and roster flexibility.