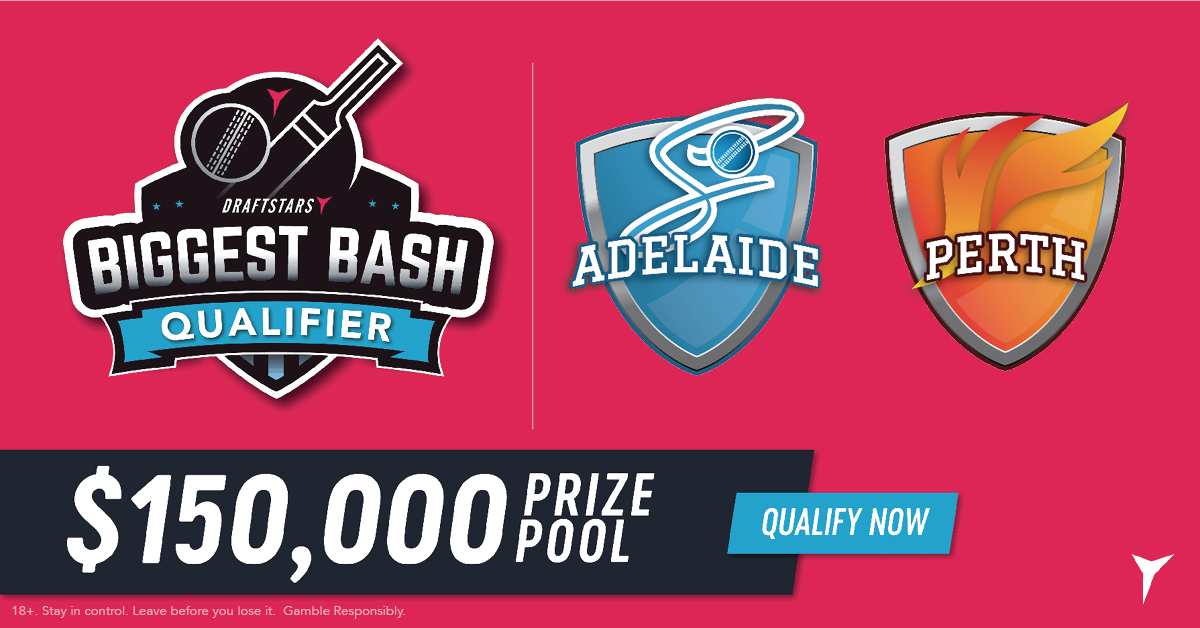 Please note this game was to be played in Alice Springs but was moved to the Adelaide Oval, and will start at 2.30pm Adelaide local time.

We have a double header of BBL08 action on Saturday, kicking off in the afternoon with the Adelaide Strikers hosting the Perth Scorchers at the Adelaide Oval. The season is effectively over for both sides, with the Strikers home loss to the Heat ending their finals chances while the Scorchers were already out of contention before they beat the Stars last time. Last time these two teams met was in Perth on a green pitch where the Strikers were rolled for 88 and the Scorchers got the runs 3 wickets down.

The Strikers bring back Travis Head from Australian duties and Billy Stanlake to the squad, replacing Colin Ingram who has returned home, and Jake Lehmann who has been omitted. The Scorchers have rewarded local batsman Sean Terry for strong performances with a spot in the 13, replacing Hilton Cartwright.

The Adelaide Oval is one of the higher scoring grounds for teams batting first but the overall statistics indicate the scoring to be middle of the road. The pitch appears to be playing well so there is no obvious edge to either the fast bowlers or the spinners, while batsmen are getting every opportunity to score runs here if good enough – something that can’t be said for a few of the other grounds in the competition. In terms of fantasy points, the ground is one of the lower scoring ones in the competition with an even balance between batting and bowling, as displayed on the Points Against tool in our BBL Resources section. 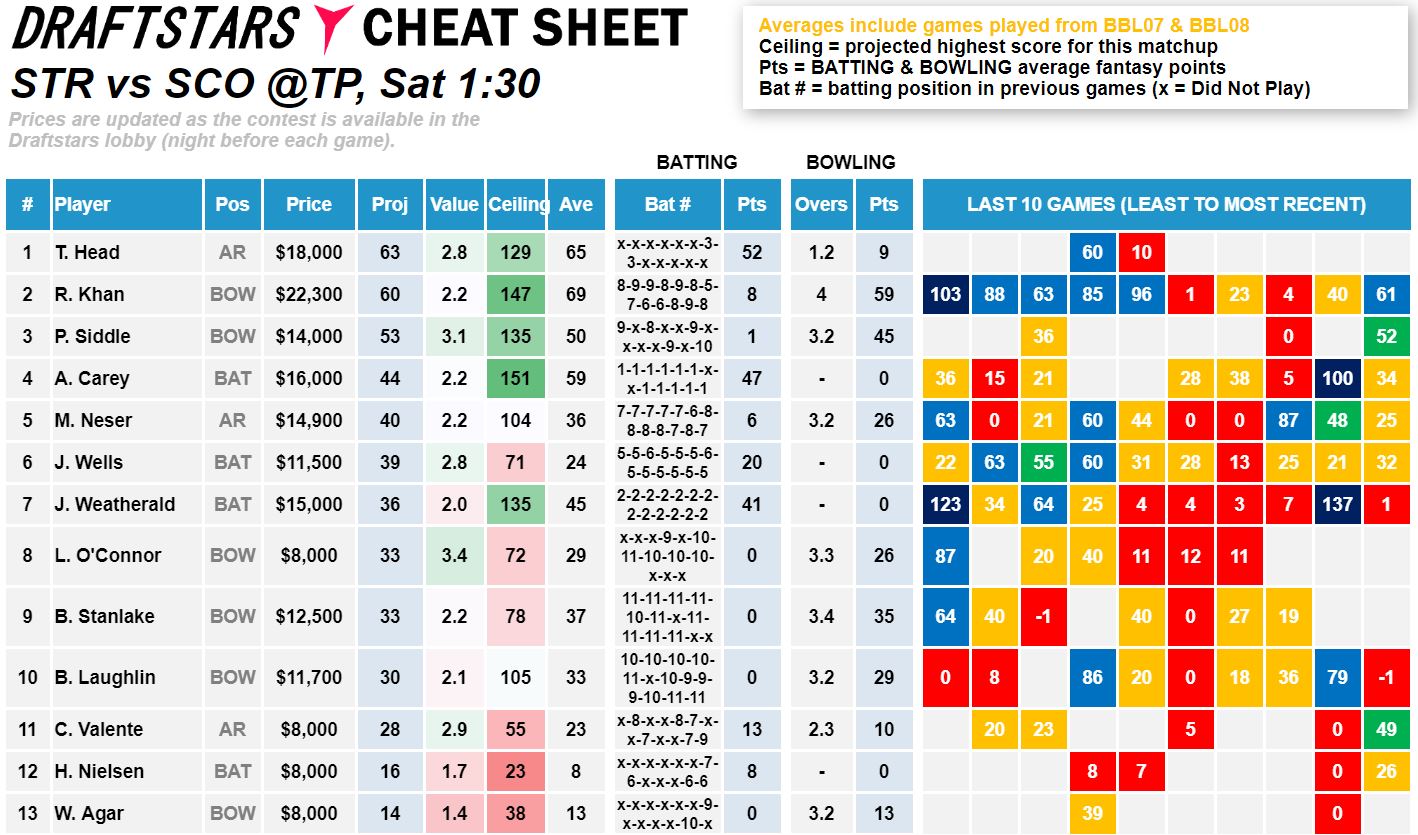 Travis Head ($18,000) returns to the side after an excellent test match against Sri Lanka and should slot straight in at his favourite T20 position at no. 3. He has only played twice this season but his 43 off 31 balls against the Stars showed what he is capable of and he made a mountain of runs last season. His awkward price should keep his ownership reasonable but his form makes him a worthwhile play.

Ashton Turner ($14,600) has been feast or famine this season but that is exactly what is going to win you a big contest. 5 out of his last 9 innings have been scores of 43 or more, with three fantasy scores over 100 providing you immense upside at this salary. Should be full of confidence after his Australian selection and can rack up the points if he gets going.

Josh Inglis ($9,000) blasted a quick 26 off 16 balls last game opening the batting and should get the same opportunity again. At this salary he is right in play and doesn’t need much time at the crease to return value on his price. Still inexperienced so brings some risk but as far as value options go in this match he is one of your leading ones.

Andrew Tye ($15,300) has lacked for consistency this season but has only gone wicketless once in his past 7 matches. Gets all the overs he wants at the back end of the innings which could be very fruitful against a Strikers lineup that gives up a lot of wickets once you get into their middle order. His upside is exactly what you are looking for when trying to take home a golden ticket.

Peter Siddle ($14,000) has been incredibly consistent across the past couple of BBL seasons and seems reasonably priced here. Got taken apart by the Heat last time which has been rare but he still took 2 wickets to return a solid score. Loves this ground and is a genuine threat in both bowling categories so he is a very valid play.

Ben Laughlin ($11,700) has mixed his form this season but has taken a bag of wickets twice and the Scorchers have allowed the most points to bowlers of all the teams in the competition. He generally gets plenty of overs at the death and his low price allows you to play some of the better top order bats. A volatile scorer but his upside can win you a contest.