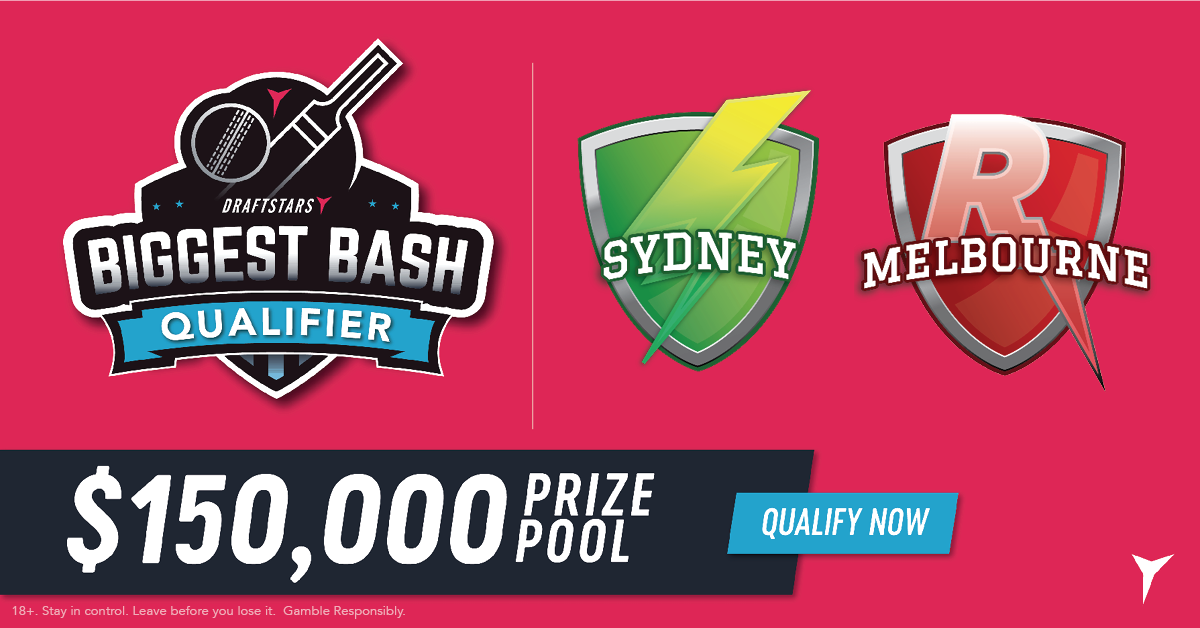 BBL08 heads back to Sydney on Tuesday night with the Sydney Thunder taking on the Melbourne Renegades at Spotless Stadium. The Thunder were in the box seat against the Heat in their last match before the lights went out, leaving them placed at 4-4 with 1 no result from their 9 matches, good enough for 4th on the ladder. The Renegades currently sit in 3rd spot at 5-5 after losing comprehensively to the Stars on Saturday night, but have played a competition-leading 10 matches so can ill afford another loss.

For the Thunder, Sam Rainbird and Jason Sangha return to the squad to replace Nathan McAndrew and Ryan Gibson. The Renegades have brought in three players – Beau Webster, Chris Tremain and Jon Holland – to replace Australian Test rep Marcus Harris, Joe Mennie and Jack Wildermuth. For more information on the players taking the field, you can read our pre-season squad profiles on the Sydney Thunder and the Melbourne Renegades.

Spotless Stadium is renowned for being one of the lowest scoring venues in the country but the Heat were able to knock up 186 here in a rain affected match. The previous matches saw three out of four scores in the 140s so the Heat score may be a bit of an outlier. In their latest match here the Thunder were dominant with the ball, restricting the Strikers to just 97 runs with all 7 bowlers used taking at least one wicket, but Shane Watson’s 68 off 40 balls suggested batting wasn’t as difficult as the Adelaide side made it out to be. Targeting bowlers – especially the slow men – has been quite successful so far and looks a reasonable theory to stick with.

Check out our latest interview with “Clangers” aka Andrew Cottman, who resigned from the corporate world to spend more time with his kids and is now making waves in the DFS world!

Shane Watson ($18,500) is in scintillating form, following 68 off 40 balls against the Strikers with an even 100 in the abandoned match at the Gabba. He has gone way up in price as a result but with Butler returning home, Watson stands out as the match winner for the Thunder. He is a high risk high reward option here – he has 7 fantasy scores of 40 or under this season which would kill your lineup at this salary but he can make the big score that is a must in a winning lineup. Treat him accordingly.

With Marcus Harris returning to the Australian side, a spot opens up at the top of the order for the Renegades. Mackenzie Harvey ($8,000) has been used in this role with limited success so far this season and may return to the side to do so, however in his last match against the Sixers he was demoted down to number 6 in favour of Tom Cooper ($11,300), who duly delivered with 49 off 33 balls. Cooper was also used for a cheeky over to start the innings which seems to happen sporadically but can provide a little extra opportunity for fantasy scoring. Team announcements are critical here but if Cooper returns to the top of the order he has plenty of upside at this salary.

Chris Green ($15,300) is extremely consistent with an average of just over 48 on the season and incredibly his lowest score has been 27. His batting has proven very handy in the lower order, hitting double figures five times this season, and the bowler-heavy squad of the Thunder means he is likely to get some balls near the end of the innings. His batting eligibility gives you the flexibility to play an extra bowler and while he isn’t a big wicket taker, he is generally quite economical, scoring the bonus in 5 of 8 matches. Always a solid option who can score in all categories.

Spotless Stadium is Fuzzy’s house and Fawad Ahmed ($15,100) again appeals at this salary. All four of his games at this ground have resulted in a fantasy score of 50 or more with wickets in every game. The Renegades batting has been a bit brittle, especially through the middle order, and Ahmed looks as well placed as anyone to capitalise.

Harry Gurney ($12,900) is an experienced T20 bowler who bowls with plenty of variety which may be crucial on this slower Spotless Stadium pitch. He has scored at least 24 with the ball at all three outings, with a first ball duck ruining his score last game. His range of slower balls and cutters should be hard to get away which may result in some rash shots and he may return value at this lower price with just a wicket and some tight bowling.

Jonathan Cook ($13,600) is priced as high as he ever has been but with three scores of 78 or above in just six matches he has undeniable upside. He generally keeps things very tight in the power play overs and with Aaron Finch unlikely to get after the slow bowlers early he may sneak a few cheap overs through early in the innings. He is still quite an unknown name so his ownership is generally low and he appeals despite the slightly higher price for that reason.