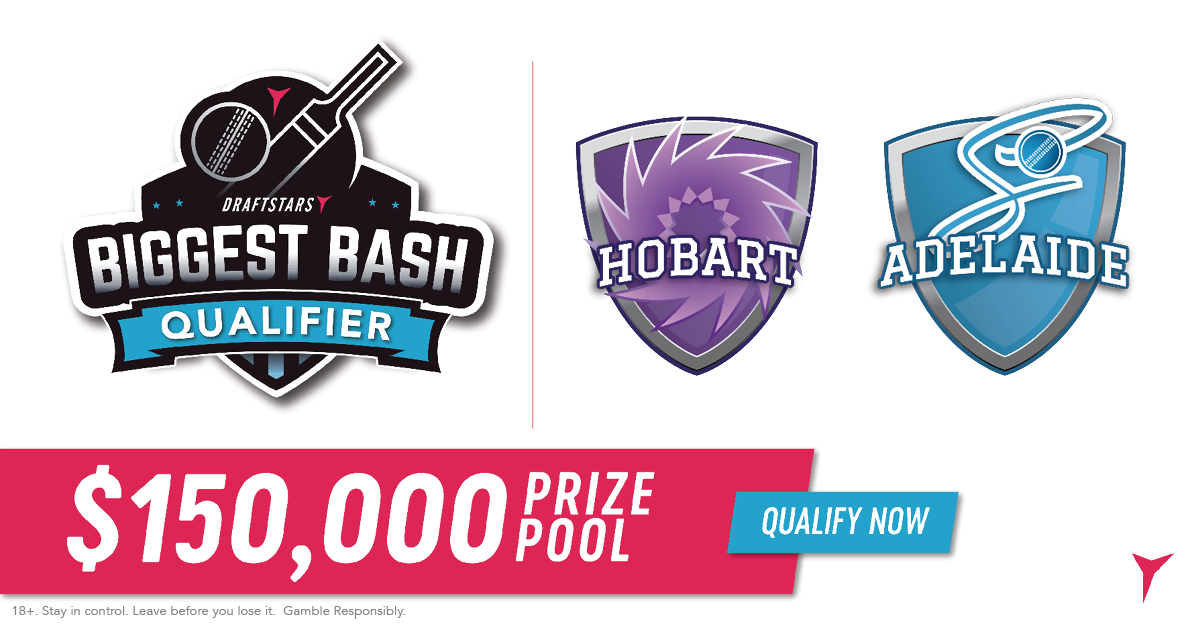 The Hobart Hurricanes head to Launceston on Thursday in BBL08 action to host the Adelaide Strikers at UTAS Stadium. The Hurricanes are still two games clear on top of the ladder with a game in hand after destroying the Heat on Tuesday afternoon, and have secured their finals berth already. The Strikers are basically out of contention after losing to the Sixers on Tuesday night.

With Riley Meredith still ill, the Hurricanes have brought Tom Rogers into the squad to take his place. The Strikers have made two changes with Harry Nielsen and Wes Agar returning to the squad to replace Australian representative Peter Siddle and an omitted Matt Short. For more information you can check out our pre-season squad profiles on the Hobart Hurricanes and the Adelaide Strikers.

There have only been two games played at UTAS Stadium and both have been quite low scoring. Last year the Thunder defended 166 easily against the Hurricanes in a match featuring an extremely low boundary count. Earlier this season the Hurricanes restricted the Scorchers to 8/107 off their 20 overs and got them in the 18th with 6 wickets in hand. Leaning to a low scoring match appears the obvious way to attack games at this ground until proven otherwise. 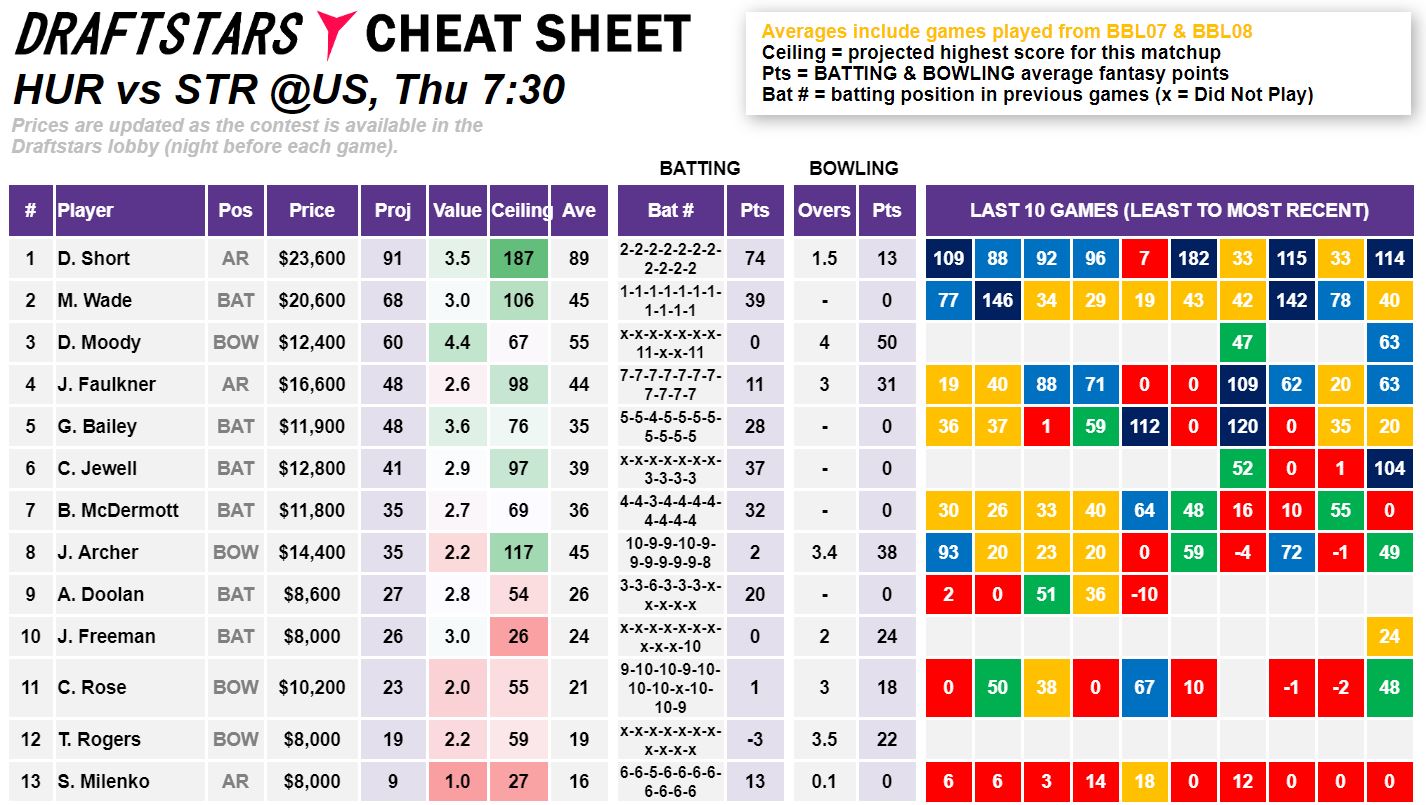 D’arcy Short ($23,600) continues to pick himself match after match, even at this high salary. He topped the three figures last game yet again, making it three of his last five matches, and had more in the locker had the ‘Canes not have passed the Heat score with overs to spare. His bowling was disturbingly bad but leg-spinners can be inconsistent and it is worth noting he took 2/18 here earlier in the season. He’s expensive, but he’s arguably the safest selection in the match.

Ben McDermott ($11,800) returned a zero last game when he didn’t even get a hit and his price has gone down again as a result. The form of the Hurricanes top order is proving a major impediment to his fantasy value but at this ground against a well-regarded Strikers bowling attack he should get much more time at the crease. At this price, he makes it easier to play Short and only needs to bat for 5 or 6 overs to return value. Keep the faith in Ben.

Who could pick a batsmen to perform in the Strikers lineup? They have been quite pitiful lately, with only Jake Lehmann in a new no. 3 role doing anything of note in the last couple of games. The opening pair of Alex Carey ($16,100) and Jake Weatherald ($11,000) are worth playing with their opportunity at the top of the order, but maybe the skipper Colin Ingram ($14,800) has the highest chance of producing a match-winning score at this ground from his lower batting position. Ingram has five fantasy scores of 54 or above from his past 10 and any of those would return sufficient value at this salary.

James Faulkner ($16,600) is a volatile scorer with the ball but his recent form is good and he seems to be over the injury issues which plagued him for a few years. He gets the right overs for fantasy scoring, opening the attack and also being used for death overs at the finish. He has taken wickets and took 2/21 earlier in the season. His price won’t fit the popular lineups so expect to play Faulkner at lower ownership.

The Strikers were regarded as one of the best bowling attacks earlier this season but the wheels have fallen off in their past few games. Even the maestro Rashid Khan ($19,500) has looked human recently with only one wicket in his past three matches. His form is a genuine concern at this salary but does this present you with the opportunity to cash in at lower ownership? Form is temporary but class is permanent and if the Strikers are to have any chance here they need a special spell from Khan.

Clive Rose ($10,200) was extremely tidy against the Heat, earning the full 48 point bonus by restricting the batsmen to just 20 runs off his 4 overs. He doesn’t have a high ceiling which makes him problematic for those trying to win big field GPPs, but he is quite reliable and took 1/18 off 3 here earlier in the season. He’s had to take on more responsibility with the retirement of Johan Botha and that might be the spark he needs to take his fantasy scores to the next level.