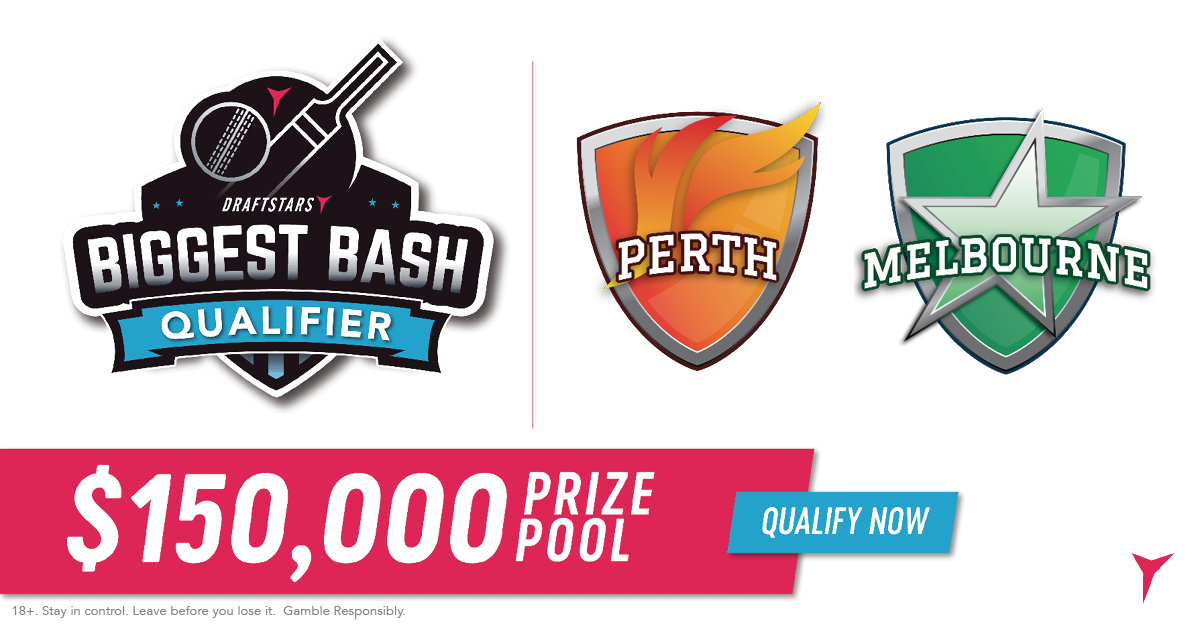 The second leg of the Sunday night BBL08 double header takes place over in Perth, with the Perth Scorchers taking on the Melbourne Stars at Optus Stadium. The Scorchers’ nightmare season continued in Brisbane on Friday night, with a loss against the Heat just about wrapping up the wooden spoon with a record of 3-9. The Stars got to 6-5 with a 5 run win over the Heat last week and may only be one win away from locking in a finals berth.

Last time these two teams played the Scorchers scored a comprehensive 6 wicket win thanks to 4 wickets from Andrew Tye and runs from Bancroft and Turner, although it is worth noting the Stars were minus their Australian representatives.

The Scorchers have recalled Michael Klinger, who just announced he will retire from the Scorchers at the end of the season, to replace Shaun Marsh who injured his hamstring against the Heat on Friday night. Nathan Coulter-Nile also returns from hamstring soreness and replaces Usman Qadir. Paceman Jackson Coleman returns to the Stars lineup, replacing Tom O’Connell. To learn more about any of the players, read our pre-season squad profiles on the Perth Scorchers and the Melbourne Stars.

After a sticky start to the season, the Optus Stadium pitch has improved with every outing. The Scorchers were able to chase down 177 to beat the Sixers two games back and then the Hurricanes returned the favour to pick off the 177 from the Scorchers. Last Thursday night the Thunder chased down the Scorchers’ 181 so any fears in playing batsmen should be gone by now, despite the Scorcher’s pitiful batting display last time against the Renegades when all out for 79 chasing 157. The pitch still looks to favour the fast men but there is enough there for the spinners to have an impact if good enough.

From a fantasy perspective, Optus Stadium produces a medium number of fantasy points with a slight lean towards points for batsmen, as displayed on the Points Against tool in our BBL Resources section. 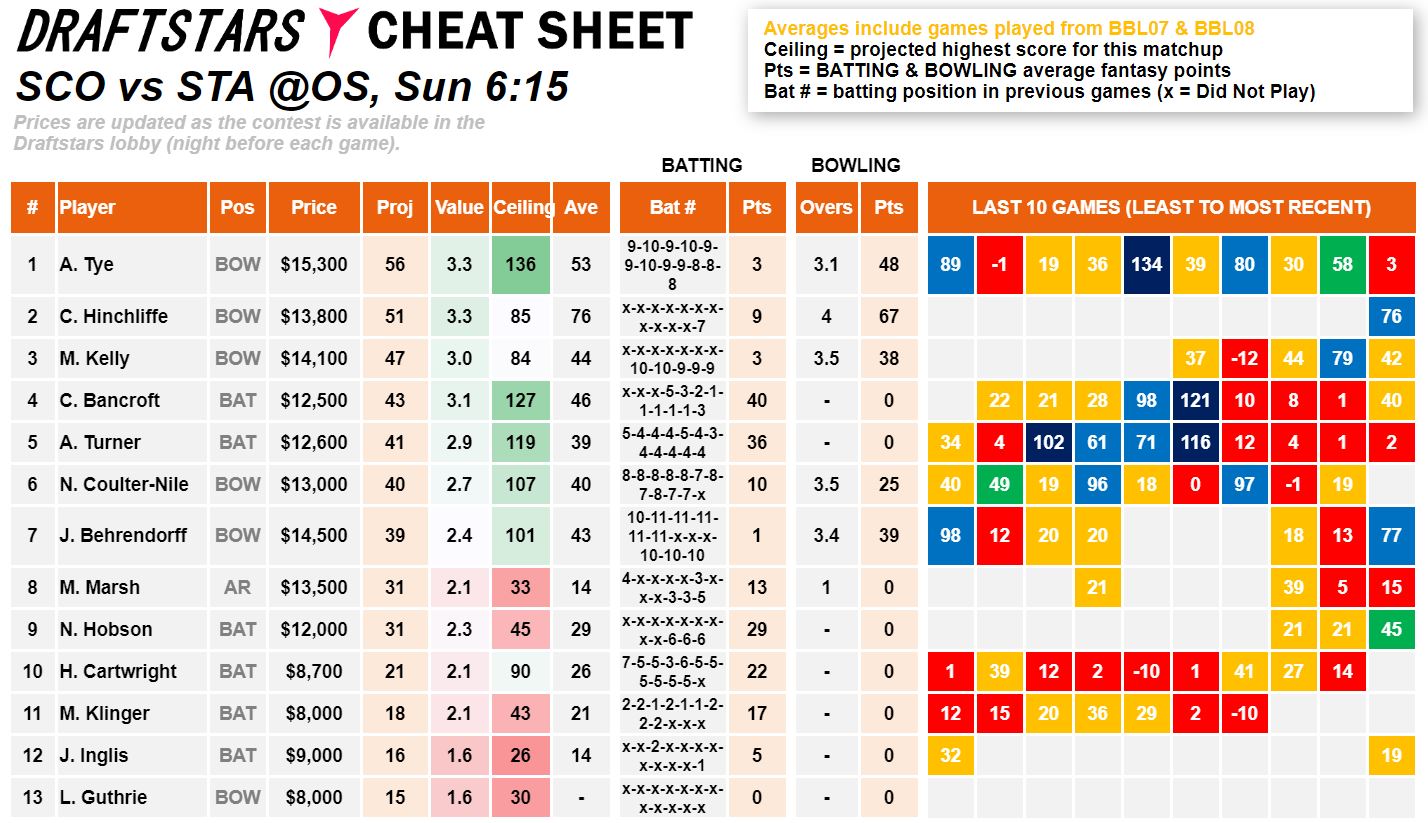 Has there ever been a better five game patch in BBL history than the body of work Marcus Stoinis ($26,500) is putting together? Four of his last five fantasy scores have been between 175 and 198, with his one ‘failure’ being a mere 81! Simply incredible numbers and there is no reason he can’t produce the same again given his role of opening the batting and sending down four overs with the ball. His salary is enormous but but he has gone over 7x that price in his last three games! It’s hard to suggest he can keep that up but as a source of raw points there is no one better at this point in time.

Ben Dunk ($13,800) looked completely done earlier this season but he has found a bit of his old form to be quite a handy play in recent times. Two games ago he made a superb 72 against the Strikers and he made 62 off 47 balls when these two teams met at the MCG earlier in the tournament. Performances like that highlight a very reasonable ceiling for this salary so he is a worthwhile play.

If you want to fit in the massive salary of Stoinis you are going to need some cheaper options and Josh Inglis ($9,000) seems a reasonable option. He was promoted to open the batting against the Heat and only made 9 but it’s that opportunity that appeals at the price rather than his performance. He made 22 earlier in the season against the Strikers and at this price he only needs a quick fire 30 or so to be a very solid addition to your lineup.

Jackson Bird ($14,200) has been very consistent since returning to the Stars lineup, predominantly by earning an economy bonus in four of his five games. His ability to keep things tight means he doesn’t often produce the lineup killing zero that is a risk with many bowlers, and subsequently any wickets he takes can push his score to a very good return at this salary. He is one of the safer bowling options for this reason.

Matt Kelly ($14,100) continues to impress with his ability to take wickets in this format. He has taken 7 wickets in 5 games this season and has gone 37 or above in four of those games as a result. He rarely claims an economy bonus which makes him a risky play but if he does manage to keep things a bit tighter it could result in a big score as you know he can add a couple of wickets to that.

He might not make the final 11 but Jackson Coleman ($8,000) is a very intriguing cheap option if picked to play. In his last game back in December he took 3/18 off 3 overs against the Strikers – a return which is a bonanza if he can do it at this price. The Scorchers give up the most points to bowlers in the competition so there is no reason Coleman can’t at least return value on his minimum salary if he gets the nod.