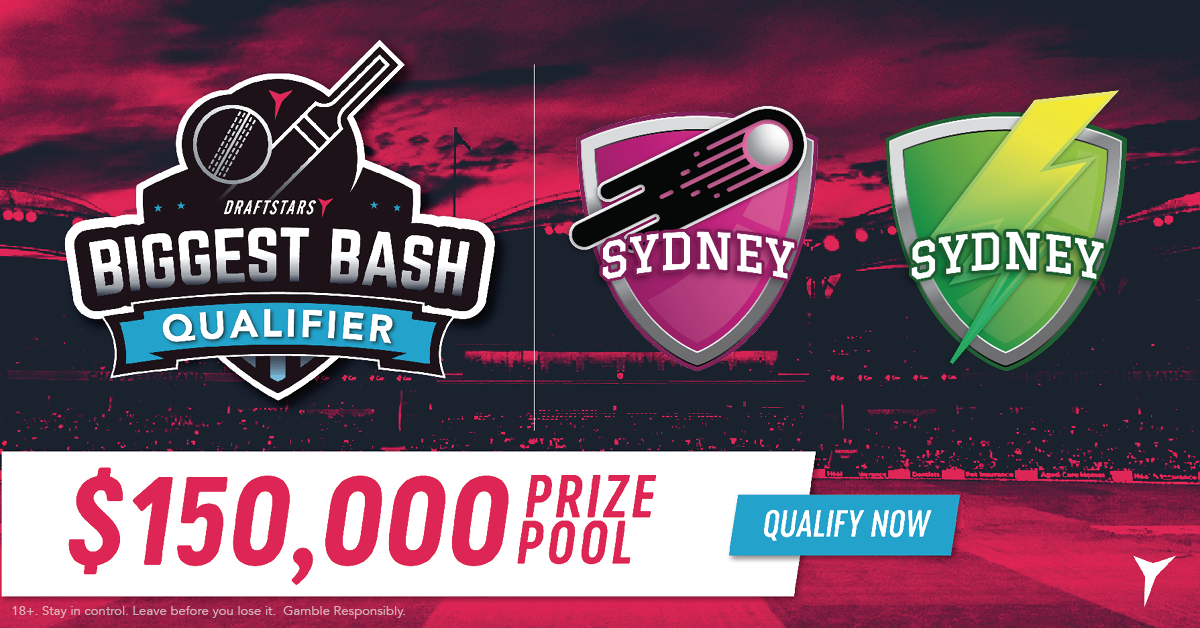 The Sydney Smash is on this Saturday night in BBL08 with the Sydney Sixers and the Sydney Thunder set to do battle at the SCG. The Sixers are in great form and beat the Strikers by 8 wickets last game to move to 7-5 and 3rd spot on the table. The Thunder are right on the finals brink after their loss to the Renegades dropped them to 5-6-1 so will be desperate to keep their hopes alive here.

Both teams go into this clash with unchanged 13 man squads. For more information you can read our pre-season squad profiles on the Sydney Sixers and the Sydney Thunder.

The Sydney Cricket Ground has traditionally been a bowler-friendly deck and this season has been no exception. The Sixers successfully defended 164 here against the Scorchers in their first game, but lost to the Stars when they could only manage 130 and then got cleaned up by the Renegades in their last game when they struggled their way to 115. The Sixers have been dominant in their last couple – they made an impressive 177 but the Heat were rolled for 98, and then the Strikers were restricted to 124 which the Sixers got 2 wickets down. We have been recommending playing extra bowling in your lineups where possible and this remains a viable strategy until proven otherwise. 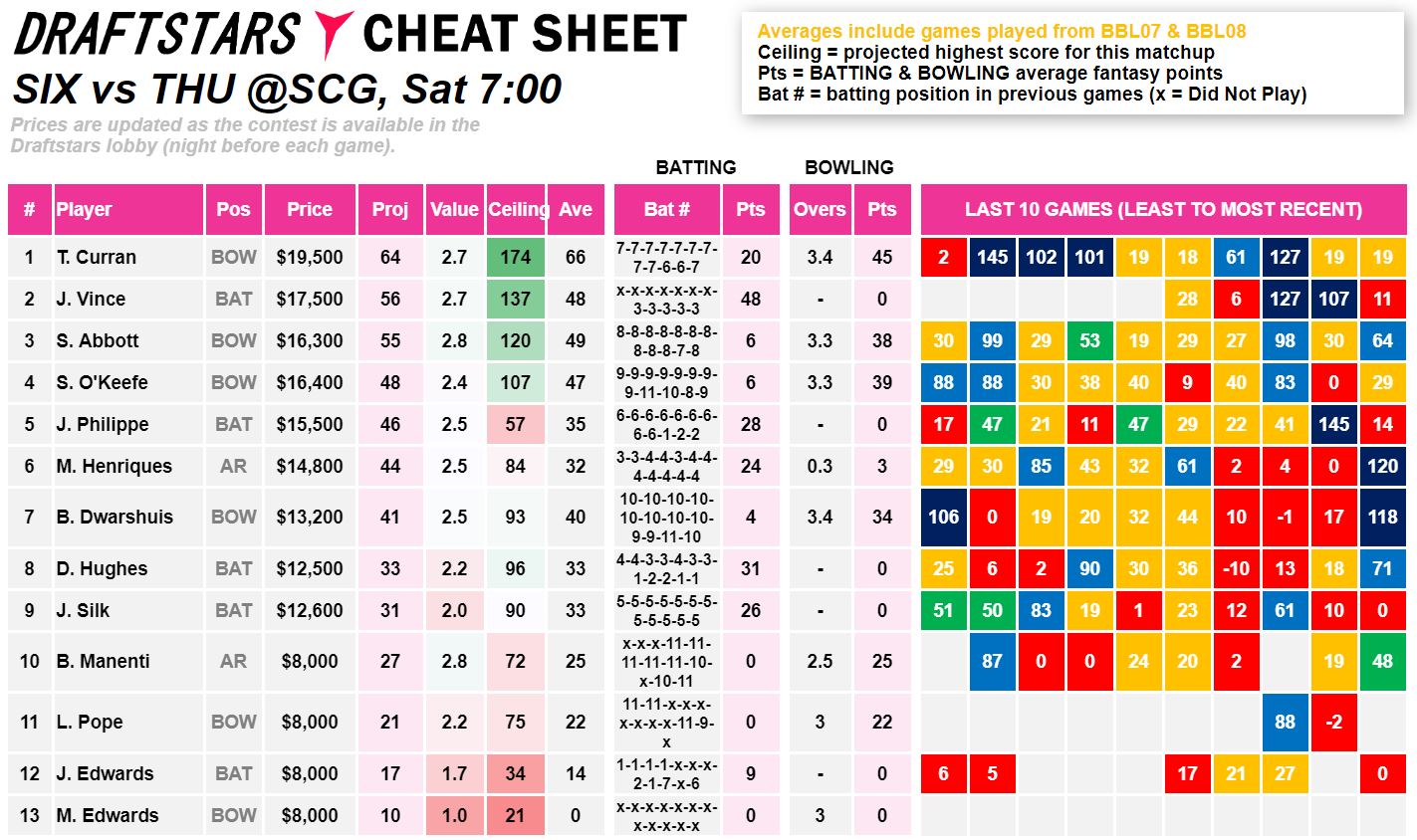 James Vince ($17,500) missed out last time against the Strikers but he still represents a very strong play. He made a pair of 70s prior at an excellent strike rate, both performances providing a fantasy score in excess of 100. Class player who looks the batsman worth paying up for here.

Shane Watson ($14,500) hit a purple patch of form, including a ton against the Heat, but has missed out in his past few knocks. This has resulted in his price coming back down to an average level, which makes his big ceiling look rather juicy. A failure can kill your lineup but he is a proven match winner if he gets going, which can’t be said for many batsmen in the Thunder lineup.

Daniel Hughes ($12,500) has been a bit disappointing this season but made 51 with the bat last game which was his third half-century of the tournament. He remains at a very reasonable price, especially given he will open the batting, which provides you some salary relief to roster some of the more expensive bowlers. Has genuine risk of failure but if he gets going he can easily return value at this price.

Tom Curran ($19,500) had a day out last time these two teams met earlier in the season, taking 3/24 with the ball and a quickfire 62 off 40 balls with the bat after the top order failed. He has been extremely volatile this season with scores ranging from 0 to the 181.5 he scored in that game, but his massive ceiling is no fluke given he has five scores over 100. That upside makes him a nice play at what is usually lower ownership, especially in lineups geared around a top order failure from the Sixers which would provide him batting opportunity.

Fawad Ahmed ($16,600) is the king of Spotless Stadium but you would expect him to be quite regal at the SCG also. He has five scores of 50 and above in his past ten games and if you focus on his games on slower wickets he has been incredibly consistent. With 13 wickets so far this season and an economy bonus in 6 of his last 7 matches, he is a very solid bowling option.

Those needing a cheap bowling option can take a look at Gurinder Sandhu ($9,900). He has taken a wicket in 5 of his 8 games with a high score of 93 against the Renegades when he took 3/24. This is as low has his price has been just about all season but he is generally low owned and takes the odd bag of wickets which could be the point of difference you need in a winning lineup.